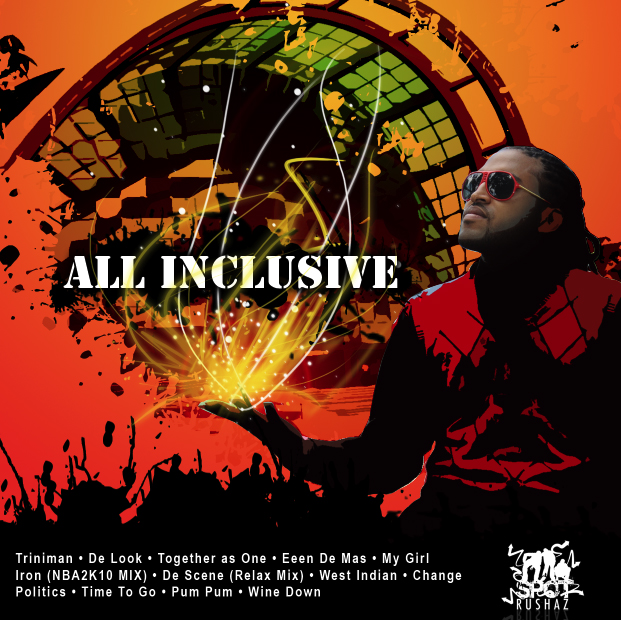 Spotrushaz has not received any gifts yet

Popular online music outlet, www.trinidadtunes.com is the only place to…

Spotrushaz were chosen to represent on the soundtrack of 2KSports 10th Anniversary Title, NBA2K10 alongside a slew of international acts...

Here's the official listing for the soundtrack of NBA 2K10:

Check it out for yourself people...
Spotrushaz drop their new single, "Sold" as Mike Jones and Sunny Bling hold down the afternoon drivetime slot on 94.1 FM: http://www.city94fm.com.

It's finally here people!
The brand new single from the Caribbean's top urban entertainers, Spotrushaz will debut on BOOM Champions 94.1 FM this afternoon. Spotrushaz are taking over this frequency between 4 - 6 pm and will play ALL their hits from inception to now before releasing the brand new single, "Sold".

Log on to www.city94fm.com to listen to this ground breaking session LIVE
and stay tuned for more from Spotrushaz.

Color Heritage Apparel said…
Give thanks for reping your Heritage.

I give thanks for the brotherhood!

Steve said…
thanks for the add respect

Dahved Levy "rocking you" said…
What up Spotrushaz? your music is BANGING, right now your s*** can hang with any thing on the radio in NYC. POP OFF BABY