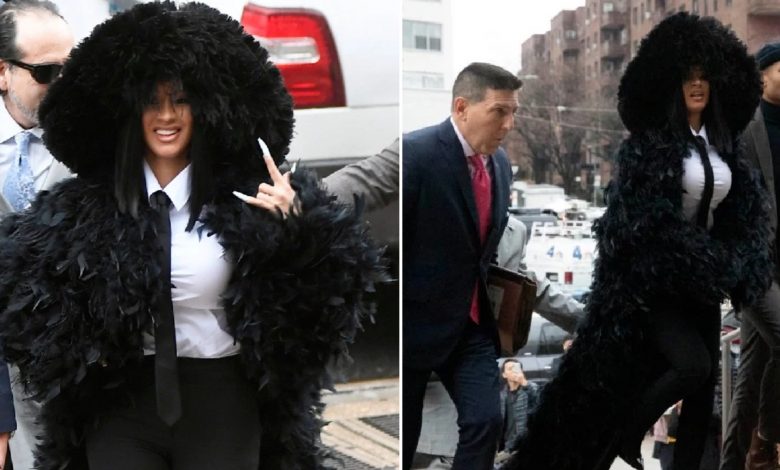 YouTuber Tasha K is in the hot seat at this point, after going through a week-long trial with female rapper Cardi B on a case of libel that was filed against her.

The Vlogger was found to be in the wrong as all the jurors sided with Cardi B against her in the federal court, as the rapper made claims that Tasha K had made allegations in a video against her that she was a prostitute, who had caught STI’s and was in a life of drugs.

According to TMZ, the libel lawsuit was filed against the Youtuber in 2019, after she declined a cease and desist order to take down the video in which she made the claims.

On Monday, Tasha K was eventually found to be liable on 3 different claims, due to which she has been requested to pay “$1.25 million in general damages and $250 K in medical expenses”.

On Tuesday, $1.5 million more was added to the initial amount, the Youtuber was also told to repay Cardi B’s $1.3 million legal bills, making the total over 4 million.

The rapper even took to the witness stand, where she explained how the Youtuber’s allegations impacted her mental health, leading her into a suicidal state.

Cardi B was represented in court by Sarah Matz, Lisa Moore, and William Pequignot and according to the judge, any additional punitive damages will be brought up in the upcoming hearing.

The good thing about Youtube and other social medias, is that they give everyday people or average citizens a platform that the mainstream media or Hollywood would not give them.  Tasha K said it herself, there are no gatekeepers on social media, everyday people can get a platform and showcase themselves, their talent, their stories, their adventures, etc. and show it to the world!

Good luck to both Cardi B and Tasha K, but I have to admit, the video Tasha K was ranting in and lashing out about Cardi B is funny as hell, lol!!!  She is not shy at all, unlike me!

TashaK ugly ass that’s what she get

People need to be careful when they make claims. Have proof ready. Otherwise it may cost. One can take apologies to bank but all they will get is escorted out. Even the social media sites, if they do not follow up on complaints, may be held accountable. Paper trail. Not an attorney, just saying, look what happened.