Young Rapper Doe B, Member Of T.I.'s Grand Hustle Label, Dead At 22 After Fatal Shooting In An Alabama Bar 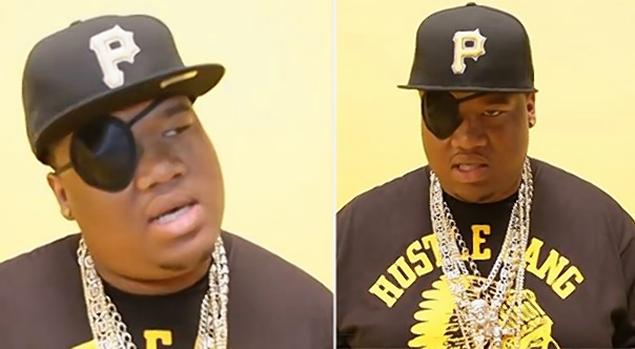 Glenn Thomas, known as Doe B., was shot and killed at The Rose, a Montgomery, Alabama, night club with a history or violence.

A young rapper that was a member of T.I.'s Grand Hustle was killed in a shooting at a bar in Montgomery, Ala., Saturday morning.

Doe B, born Glenn Thomas, and Kimberle Johnson, 21, also of Montgomery, died after gunfire erupted at the bar around 1 a.m., police said.

"RIP to my lil brother Doe B. We gon miss u," the rapper tweeted early Saturday morning. "U'll never be forgotten & U WILL NOT DIE IN VAIN. We Love U champ. Always."

Thomas was rushed to a hospital, where he was pronounced dead, police said. Cops are still investigating the incident and had yet to release further details Sunday.

Six other people were wounded by gunfire and are in stable condition.

The tragedy could have been prevented — but security guards failed to checked for weapons.

Centennial Bar and Grill owner Nicole Bankhead told the Montgomery Advertiser that standard procedure is to check all patrons for firearms on entry. There are signs at the establishment's entrances that says all weapons are banned from the premises, she added.

The bar and the surrounding area have had multiple shootings in the past seven years, the newspaper reported.

Bankhead said she does not plan to reopen the business, which was closed by police after the shooting.

Mayor Todd Strange said there is "clear evidence that continued operation of this establishment poses an imminent threat to the public's safety," in a statement.

DJ Frank White of Montgomery, who managed Doe B.'s career, said the entertainer wasn't performing at the time of the incident.

Student Kimberle Johnson was pronounced dead at the scene and rapper Glenn Thomas was transported to Baptist Medical Center South where he was later pronounced dead.

The musician wore an eye patch due to being shot in the eye several years ago. He drew a lot of attention this summer after releasing his “Baby Je$us” mixtape.

Thomas had two young children and a third on the way, White said.

The other victim, Johnson, was a junior at Troy University majoring in social work, according to a statement from the school.

Comment by Ruff de Gehto Travler on January 2, 2014 at 1:48pm
Empress I was not directing that statement at you Rayna non at all and I agree the younger crowd do act a lot childish in situations they could just walk from!!!I play in these arenas some good some bad but dance hall has calmed down over the years and it's a good look in jersey from what I know but I have not gone out in years to enjoy myself going to change that for the new year I promised myself !!!

That's a young crowd....Like Rayna said, I frequent clubs that deal with my age range.  I am in my 40's so I would not be in a club with 20 year olds.  Condolences to the families.  Sad when they die so young.

Comment by Empress of Jah on January 2, 2014 at 9:47am
Maybe I should rephrase my statement by saying that I don't frequent clubs that tend to have a certain age group that usually attend. In my experience and opinion only certain age groups seem to attract a more aggressive and immature mentality. Too quick to anger and violence always ready to pull out a weapon or fight. I am not implying that it doesn't happen within a older group of people but it seems much less frequent.

Comment by Ruff de Gehto Travler on January 2, 2014 at 8:16am
You don't have to stay away from the clubs but if the club you going into has a history don't play stupid stay on p's & q's as far as the Rapper goes listen to some of his work he was just like every one else , RIP to the young lady tho!!!

SAD. STAY OUT OF THE CLUBS

SAD WHAT $ DOES TO PPL BUT MAY HE RIP IN PRAYERS TO THE FAMILY IS THE GIRL DEAD TOO OR THEY DONT KNOW?

Comment by antigua on December 30, 2013 at 3:12pm
Condolence to both families

What are you doing to help these juveniles..... Sympathy does not work.... I mentor and let me tell you, when you make a bold statement like you did, let's me know that you are generalizing on one group when ALL youths who think this way commits crimes.  Like I said, it depends on the environment that you reside

I am not justifying anything.... do not misinterpret my words.... You can't make a statement that blacks are innately violent unless you KNOW that they are the only violent ones in this world.... I worked in a prison with the most violent men and young men and most of them were of color but the education in me reminds me that even if there are more men of color doesn't make them the most violent.  They were just the more caught and media identified.... it all depends on your environment you are in and I am in a republican state where white violence is in excess.  Not only do they kill each other, it's bad that they kill their families, and young children with no remorse.  So if you have been around the world and you know for sure that blacks are mostly violent, then good for you but I stand by my statement.... get out of the box and research.