You'll Never Guess Where This Guy Hid His CRACK COCAINE FROM POLICE....... 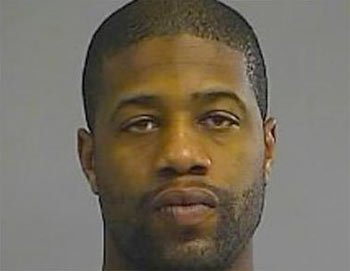 A Fairdale man faces charges after Louisville Metro Corrections officers said they discovered suspected crack cocaine in the foreskin of his penis.

According to the arrest report, officers asked Antoine Banks if he had any drugs, weapons or contraband on him as he entered Metro Corrections after his arrest. He told them he didn’t, police said.

During a clothed pat-down, officers said they found a small bag of suspected cocaine tied to the waistband of Banks’ boxers.

After that bag was found, a strip search was ordered, according to the arrest report. During the strip search, another small bag was in the foreskin of his penis, police said.

Police said Banks was originally arrested after a traffic stop led to the discovery of a bag of salvia and liquid codeine. Banks arrested on charges of second-degree possession of a controlled substance first offense and possession of synthetic cannabinoid agonists or piperazines.

Crack makes you do crazy things...LMAO!!!!

Comment by StokeS on October 1, 2012 at 6:13am
@TIG - baby girl, NEVER stop being real and NEVER stop being perfectly you!! This is why you're so adore for so long by so many on this site. Long live the NOTORIOUS QUEEN TIG!!!

Comment by The Future on October 1, 2012 at 2:10am
@tig stop it you sound a little pervish, hahahaha!!!! Girl yoy to close to it, back up picturing, discribing, how much extra, girl stop it!!!!!! That's not why they put the story out. He got extra skin, he long, he ain't circumcized. Stop it!

Comment by Bombahdrop on September 30, 2012 at 1:08pm
Look at the suspect he look like uses them drugs, he looks high as hell, they drugs they found on him was more like for personal use lol

Comment by StokeS on September 30, 2012 at 11:28am
@Pam - you just made me look so fool as I busted out laughing hysterically on public transit reading your post!! Worst part was I couldn't stop!!!!! LMAO!!! Thank you for that!!
"Cocaine is a hell of a drug" - the late Rick James