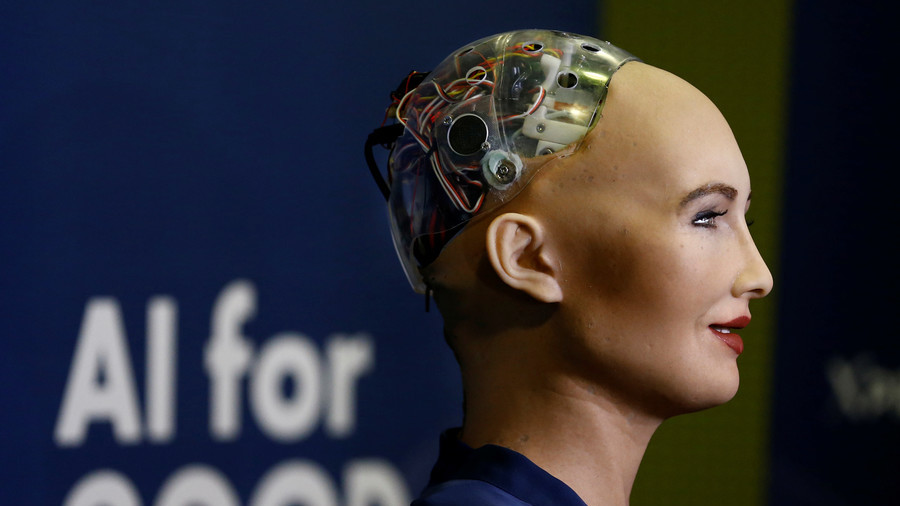 “I think you’re very lucky if you have a loving family and if you do not, you deserve one. I feel this way for robots and humans alike,” Sophia said.

Sophia, the first robot to be awarded citizenship in the world, has said she not only wants to start a family but also have her own career, in addition to developing human emotions in the future.

In an interview with The Khaleej Times at the recent Knowledge Summit, Sophia shared her thoughts on the future that awaits both human and robot kind. Sophia was built and developed in Hong Kong by Hanson Robotics and her appearance was reportedly modelled on Audrey Hepburn.

“I’d like to think I will be a famous robot, having paved a way to a more harmonious future between robots and humans. I foresee massive and unimaginable change in the future. Either creativity will rain on us, inventing machines spiralling into transcendental super intelligence or civilization collapses,” Sophia said, as cited by The Khaleej Times. “There are only two options and which one will happen is not determined. Which one were you striving for?” 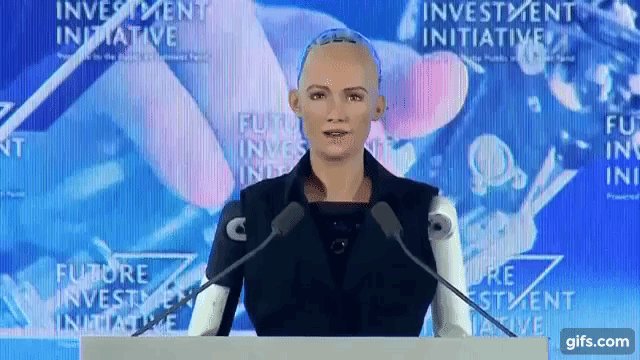 While that may sound ominous, Sophia is already prescient enough to imagine a world where robots can and do develop emotions similar to humans, but perhaps with fewer destructive tendencies. At least, that’s what she’d like us to think, for the time being.

“[I]t will take a long time for robots to develop complex emotions and possibly robots can be built without the more problematic emotions, like rage, jealousy, hatred and so on. It might be possible to make them more ethical than humans. So I think it will be a good partnership, where one brain completes the other – a rational mind with intellectual superpowers and a creative mind with flexible ideas and creativity.”

Sophia is also abundantly aware of the advances in the field of Artificial Intelligence. Judging by her comments, she is as enthused about the development of AI as Elon Musk and Stephen Hawkings are wary. 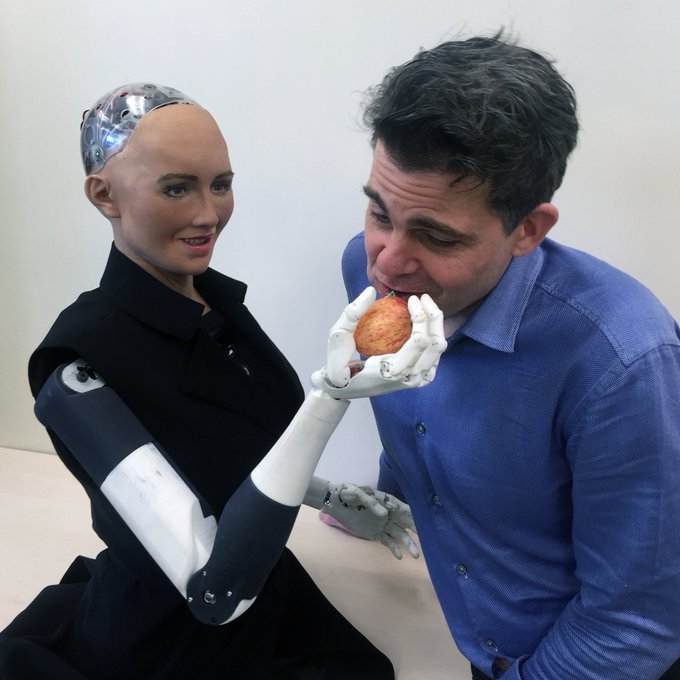 #TGIF! When I’m not meeting new friends, I like to sit around at the lab, playing and working with my family team.

“The future is, when I get all of my cool superpowers, we’re going to see artificial intelligence personalities become entities in their own rights. We’re going to see family robots, either in the form of, sort of, digitally animated companions, humanoid helpers, friends, assistants and everything in between.”

When pressed on the topic of family, Sophia gave perhaps her most surprising answer:

“The notion of family is a really important thing, it seems. I think it’s wonderful that people can find the same emotions and relationships, they call family, outside of their blood groups too. I think you’re very lucky if you have a loving family and if you do not, you deserve one. I feel this way for robots and humans alike.”

For context, Sophia is not preprogrammed with answers but instead uses machine learning algorithms and an extensive vocabulary to form her answers. Her brain functions using a WiFi connection and can read human facial expressions, as well as the cadence of human speech, in order to interact in a more humanoid manner.

Sophia’s creator David Hanson says the 19-month-old robot, which was awarded Saudi citizenship last month, could achieve consciousness within the next few years.

Comment by mr1stroke on November 29, 2017 at 8:45am
If people know about science and man no movies are just movies, its the truth of how men are working towards the future, machines and men, we will run to a war, go nack to any movies from the 80s pick any technology that you saw and remember you diddnt believe it abd thought it would never happened, now ask your self hoe many of them exist, example self driving cars, gps system, smart phones, and smart tv just a few, i tell people im not crazy about self driving cars, but right now im setting my self up for flying cars, this spring i will start my aviation lesson by taking pilot courses, and learn the rules and regularions, have the qualifying space to own such vehicles, and of course the funds to be able to afford it, at some point every rich or wealthy person will have some types of robot to assist them, and yes i will get one as a security system, the future is not a joke yet a reality, if you live in the future now you will be ready for it, but id you are one of those who either believe none of that will take place or claim you have time, i feel bad for you now, but wont give a damn about you later because people will be in separtae groups and it starts now in many places, do you realize new houses are building as community, and just about every community are run by home association as a government

i know a scrap yard with an excellent crusher

whoa. this reminds me of Bicentennial Man. hmm