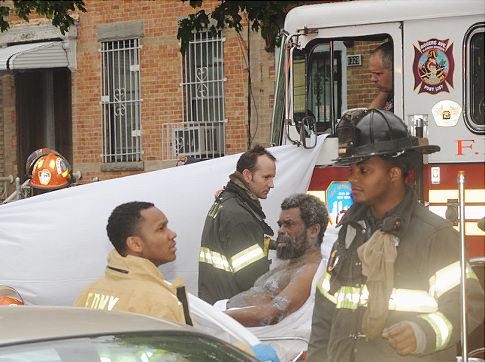 A woman threw sulfuric acid at a 59-year-old Brooklyn man on Sunday, severely burning him and herself, authorities said.
The man and his attacker had second- and third-degree burns and had to be decontaminated by emergency crews on the street outside a Flatbush apartment.

"They had some acid on them and were still burning," said FDNY Battalion Chief George Johnson.

They were taken to the burn unit at New York-Presbyterian Hospital Weill Cornell, where the woman was arrested, police said. Neither was identified Sunday night.

It wasn't clear what prompted the 6 p.m. attack or what specific acidic substance was used.

The acid used Sunday was strong enough to leave large holes in a mattress that was later thrown outside the basement apartment where the victim lived.

The haz-mat unit that treated the two set up a containment pool - a small enclosure where the chemicals could be washed off in privacy on the street.