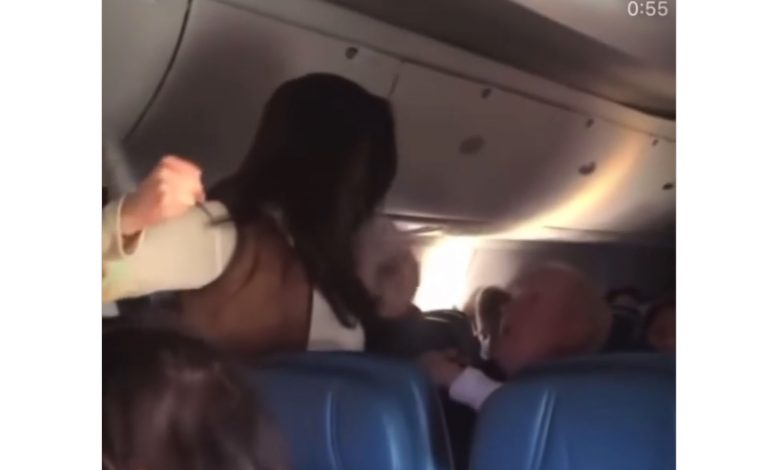 An estranged female got very upset while trying to get an elderly man to put his mask on during a Delta Airlines flight. Based on legal documents obtained by TMZ, the arrested woman was identified to be Patricia Cornwall, who is a realtor. Cornwall was returning from the restroom on the plane when she encountered a flight attendant working the beverage cart, blocking the aisle walkway, she was told to go back and find a seat until the cart passes, she refused.

They had a back and forth argument which resulted in the man calling her a “b****”, she did not take kindly to those words despite also calling the man a”p****”, Cornwall proceeded to slap the man in his face before spitting on him multiple times.

“Tell him to put his fcking mask on,” she screams after assaulting the man who did not get physical with her.

Check out the viral encounter below.


She went on to question, “What am I Rosa Parks?”. The man sitting closest responded to her, telling her that she “isn’t black … this isn’t Alabama and this isn’t a bus.” Cornwall did not take kindly to those statements and proceeded to tell the man to get out of the argument and to put on his mask, even though her’s was down.