Woman got married to inmate who is on death row for killing two people. 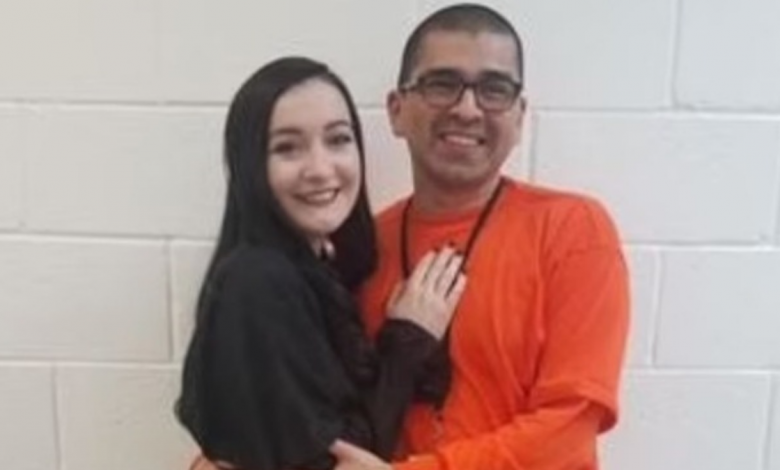 British trainee dental nurse Rebecca Short, told her family that she was on holiday in the US, but the nurse had her own wedding to attend where she got married to an inmate who is on death row for killing two people.

The 26-year-old nurse from Chipping Norton, Oxfordshire, indeed went to Disney World, Florida and the Golden Gate Bridge in San Francisco, for her holiday and took some pics before she went to Arizona for her nuptials with her groom Manuel Ovante Jr.

The Mexican-American, her husband is on death row at Eyman jail, Florence, Arizona. 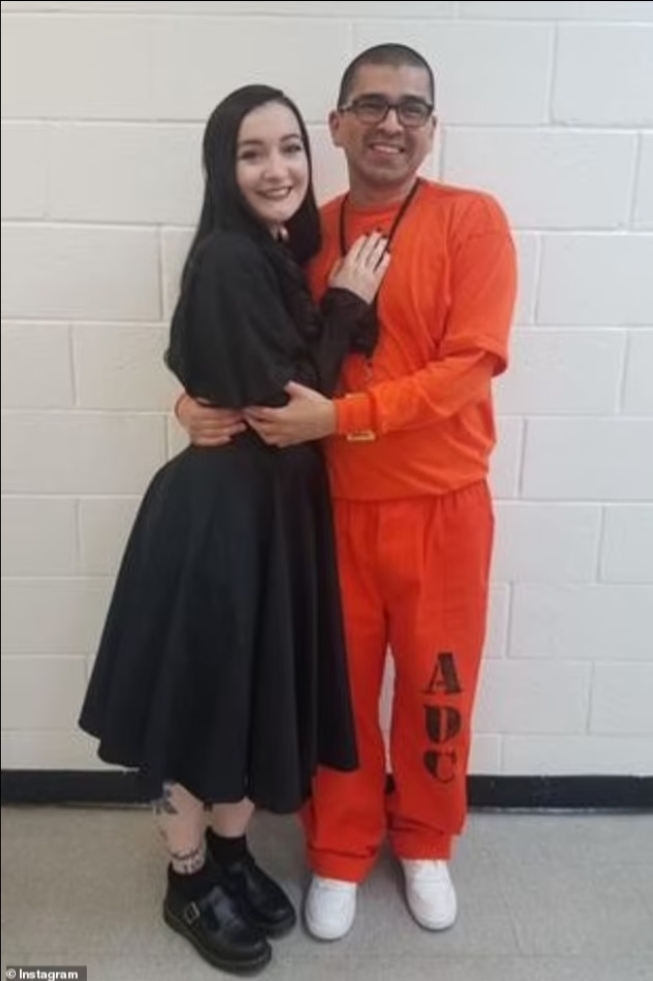 The 35-year-old man was allowed out of his cell and he got married in his prison-issue orange jumpsuit while his bride wore a black dress. Ovante, who was in prison for more than a decade in 2010, killed a woman and a man he and his friends were pressing to get drugs from. When he and his three other friends were repeatedly denied, they returned to the house when Jordan Trujillo was sleeping and Ovante shot her twice in the head in Phoenix, Arizona, in 2008. Two other people Damien Vickers and Gabriel Valenzuela, who were at the house were also shot by Ovante.

Vickers, who was bleeding out and pleading for help, was taken into their truck but was not transported to a hospital. He was kept in the truck until he bled to death and then Ovante dumped his body in an alley. Valenzuela, who went to call the police, survived his injuries.

According to Rebecca’s friends, she was allegedly “obsessed” with American serial killer documentaries as she would always watch them on Netflix but no one knew she would get married to one.

Ovante described himself as a “goofball” who is “loyal” and was looking for someone with a “sense of humour”.

Rebecca celebrated her marriage with her new husband’s family with a wedding cake designed with black icing and the words ‘Till death do us part!’ in red. 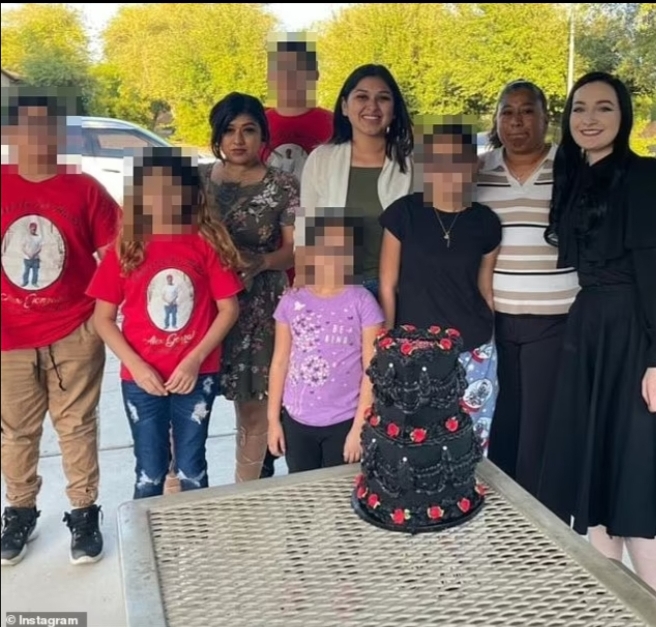 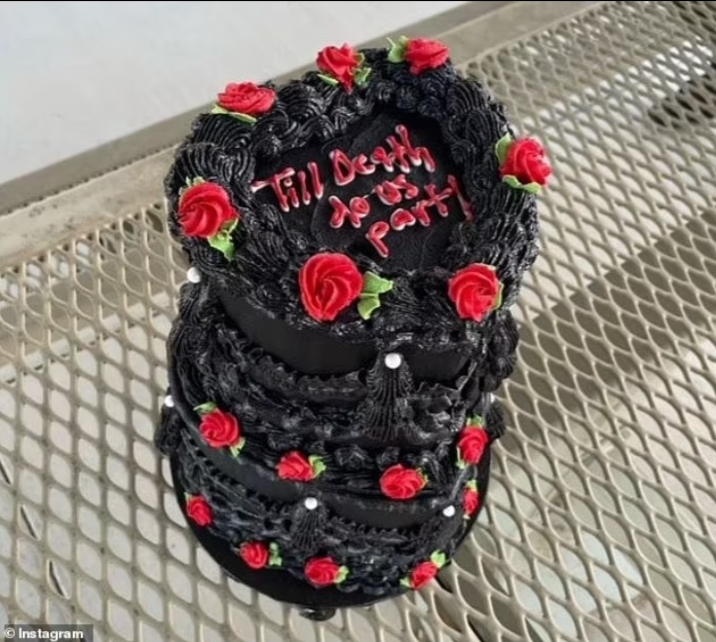 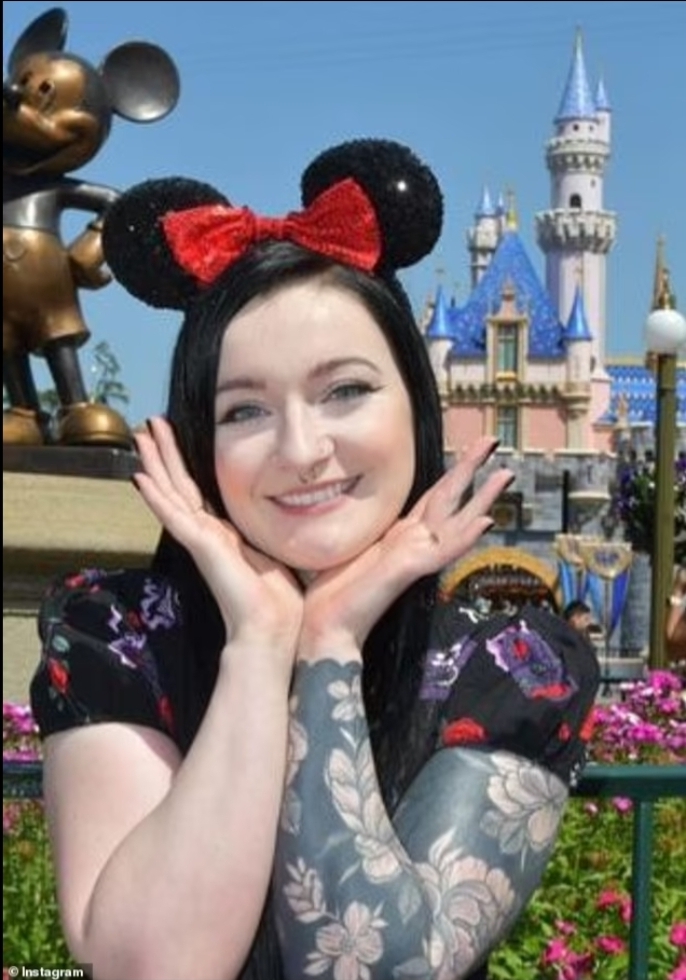 Lol get it, those women are not looking for any eligible or potential men, those females envy the men that are messed up. Just ask your self why exactly do we have so many women with kids and no fathers, is it that those men are no good are those females choose to be with them, if its really the men how come those females do it over and over and continue to deal with those same types of men and than complaint about them. The reality is those women only look for a good men with potential when thei either tired from being passed around with nothing to offer or they need someone to share the bills, these days the only thing those women love is what they can get they are not looking for good men, thats why I f*** them and leave them for the useless, I do not restore nor will I invest in a female with baggage who have been running around being evey bums bed cover, I am good with just going from one to the next, save that love s*** for the fools

So I guess in a world where there are millions of men, eligible men, she finds one that's in jail, not to mention one that's on death row....wow!!!!  You just can't make this shite up!

It does not matter what race they are women are obsess with 3 things: money, sex and men, they will do anything to get with those 3, some of those men have no idea who their wives are, if only they knew whats happening out there, and single women are just out out of it they will do what ever they feel, don't worry I'll write about it people lol

To dumb to figure out she is a Satanist?