Heartless: Cynthia Anderson, 56 (pictured), was arrested on Friday after allegedly drowning a 3-week-old puppy at the Central Nebraska Regional Airport

A woman was arrested in Nebraska last week after allegedly drowning her 3-week-old puppy in an airport bathroom when she tried and failed several times to sneak the young doberman on her plane.

Cynthia Anderson, 56, was arrested on Friday and charged with with a felony count of animal cruelty.

Police say the Edgewater, Florida resident tried to board a flight out of Central Nebraska Regional Airport on Thursday with two small dogs in crates and three young puppies.

Following U.S. flight regulations, workers at the airport barred Anderson from boarding her flight because dogs younger than eight weeks old are not allowed to fly.

Anderson allegedly handed off two of the puppies to her parents who live in western Nebraska, and tried to board a flight the next day with the two older dogs in cages and the remaining puppy which she tried to hide in her carry-on bag.

It was when airport security caught her trying to smuggle the dog again that Anderson allegedly drowned the puppy in a bathroom.

Anderson was arrested after police interviewed  'numerous witnesses' - including the woman who discovered the dead dog in the bathroom. Smuggler: Police say Anderson tried to smuggle the doberman puppy onto a flight at the small regional airport three times before she resorted to killing the dog The rules: According to U.S. regulations, dogs younger than eight weeks old are not allowed to fly on planes. Anderson pictured above in photos posted to Facebook

An autopsy on the puppy was conducted at the Humane Society, and water was found in one of the dog's lungs.

Anderson's two older dogs are now in the care of her parents, while the other two puppies are at the Humane Society.

She remains in Hall County Jail on the felony charge.

According to a report in the Orlando Sentinel, Anderson has a criminal record that dates back to 2010 when she was arrested and fined for stealing from a store. Over the next few years, she racked up other robbery-related charges and in 2011 was sentenced to six months of probation for grand theft.

She has also been arrested for writing a bad check and last year was collared for charges of batter and trespassing in an occupied structure. Those charges landed her another six months of probation. 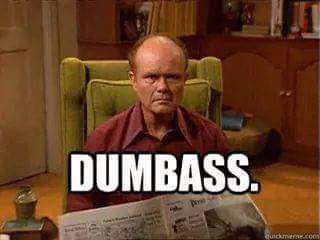 She knew she wasn't allowed to take it so why didn't she just leave it with her parents or give it away to a stranger?