Woman Donates Kidney To Dying Boyfriend: He Cheats, Dumps Her via Text & Blocks Her! 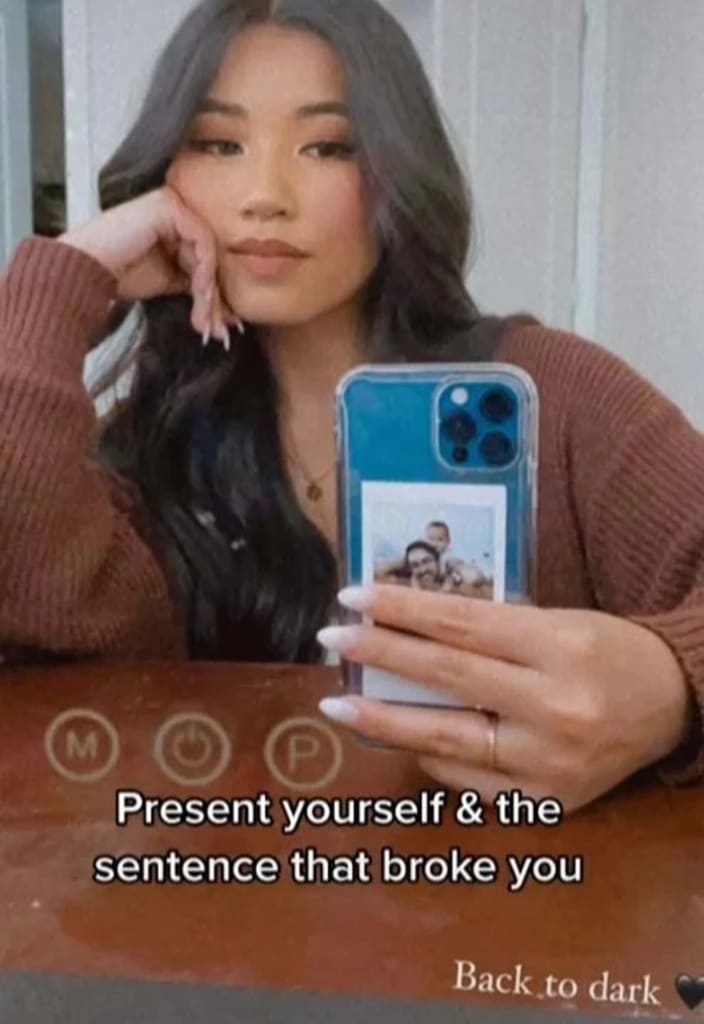 The woman, Colleen, had the chance to change her boyfriend’s life six years ago. He suffered from massive kidney failure - and needed a transplant. Colleen didn’t think twice about going under the knife to save his life.

In a series of viral videos, the TikTok star explained how she made the decision to have the kidney transplant.

Colleen said her boyfriend was upfront about his struggle with chronic kidney disease since the age of 17. He had to be on dialysis and his kidneys functioned at just five per cent of the average capacity.

She explained: “I decided to get tested to see if we were a match because I didn’t want to watch him die.”

Luckily for the couple, she was - and so she gave up her kidney. The surgeries were a big success and both made a full recovery.

But soon after he got better, Colleen's boyfriend started acting up.

In a follow-up video, Colleen explained how her ex told her he was going to Las Vegas for a bachelor party with some guys in his church.

At the time, the TikToker was in the thick of her final exams and trusted her boyfriend completely so didn’t think any more of it.

That is, until he turned up on her doorstep and confessed to cheating.

“A lot of arguments later, I eventually forgave him and gave him a second chance,” she said.

But he wasn't done with the f*ckery. MTO News confirmed that the guy brutally dumped Colleen over the phone.

She claims he said: “If we are meant for each other, God will bring us back together in the end.”

A boyfriend...heck no! My organs going to my family. What happens if you give one up and one day your child needs it. Huh, not I said the cat!

Comment by mr1stroke on January 25, 2022 at 3:07pm
Natalie that is great, God bless you and those around you for reaching out to those who needs us the most, at least you can represent and back up your character, but you realize you went straight to the answer without an argument or going around the bush, and you may also be the only one commenting who can answer to the comment, majority of the rest will argue about something that has nothing to do with anything or won't answer at all, that is why I ask, if they can take time to come on here and run their mouth with things that cannot help the public why not take that time to even reach on the phone to the elderly and check on them

@mr1stroke Since you asked I have been volunteering since I was a teen I worked at COREs on their welfare to work program. I donate and volunteer at a food pantry in my area, I donate items items to women's shelters (since COVID they do not take used items), my husband volunteered to deliver food to elderly pple during the pandemic it was a call, drop and go if they didn't answer we would hand the food out to our neighbors. We are teaching our child about the importance or volunteering.

Comment by mr1stroke on January 25, 2022 at 2:23pm
Latoya Wap Johnson who is talking about white? But since I am not white that does not occur to me, some people just help being ignorant niggers when they have nothing to contribute, but if you know how to read and understand the topic and the comments you would understand this is a serious conversation, so if you have nothing to contribute in order to help others why get involve, the rest of us do understand why niggers are either punching the clock slaving for white people, and those who claim they won't work for white people are comfortably relying on government hand outs, now that is some type of success

Comment by mr1stroke on January 25, 2022 at 12:49pm
By the way a lot of people comes on here and have do much to say when comment, I would like to know how many of you ever volunteer in anything and when the last time you did, especially during the pandemic, whether it's at the food pantry, the shelter or the hospital, do any one on here contribute to their community or society in a whole, I have yet to hear, I share with you people most of the times before I do and sometimes after, how about those of you who comments share with us, or do you even know the name of one of the shelters in your area, please share

Comment by mr1stroke on January 25, 2022 at 12:44pm
Ok I hear you, lets hope you never get to the point to need an organ where you will be on the donor's list or even some one you know will need one, I am not saying you should, but sometimes it is to consider if we are in a position to save a life, well good luck and enjoy