Woman, 26, 'was filmed performing sex act on her 1-year-old son because sheriff's deputy, 33, "forced" her to' 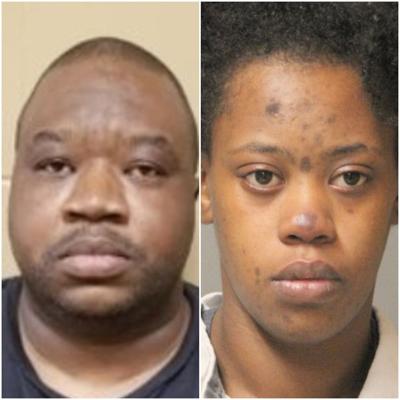 A Louisiana sheriff’s deputy and a 26-year-old woman have been arrested after he allegedly forced her to perform a sex act on her infant son.

Shadrick Jones, 33, was fired by the Iberville Parish Sheriff’s Office after he was arrested for allegedly filming Iyehesa Todd, 26, while she raped a one-year-old boy.

Investigators said they received the disturbing video on Friday.

Todd told authorities that Jones forced her to perform the sex act on the toddler because she was wanted for traffic violations, WAFB-TV reported.

She said she was afraid to go to jail. 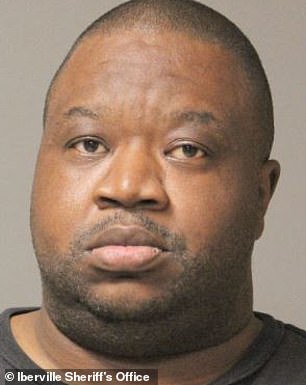 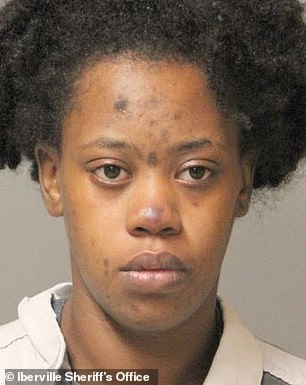 Shadrick Jones (TOP), 33, was fired by the Iberville Parish Sheriff’s Office after he was arrested for allegedly filming Iyehesa Todd {BOTOM}, 26, while she raped a one-year-old boy. Todd has also been arrested

Todd said that Jones told her to rape the boy because it was his ‘fantasy,’ according to St. Gabriel Police Chief Kevin Ambeau.

‘I’ve never seen anything so sickening and disgusting in my own life,’ said Ambeau.

Todd has been arrested and charged with first-degree rape and incest. She was booked into Iberville Parish jail.

He is being held at West Baton Rouge Parish jail. Bond has not been set.

Ambeau said the child is now in the custody of a relative.

Black mutants made in AmeriKKKa, would be nice if the days came back where you fed them to hungry animals on T.V, or stone them to death, club them to death or burn them alive.

I hope they test that baby for HIV.

Hell I'm a grown up and I wouldn't want her to touch me, smh!