Will Smith RESIGNS from the Academy of Motion Picture Arts & Sciences: 'Heartbroken' actor says he'll accept the consequences as he faces possible expulsion for slapping Chris Rock at the Oscars 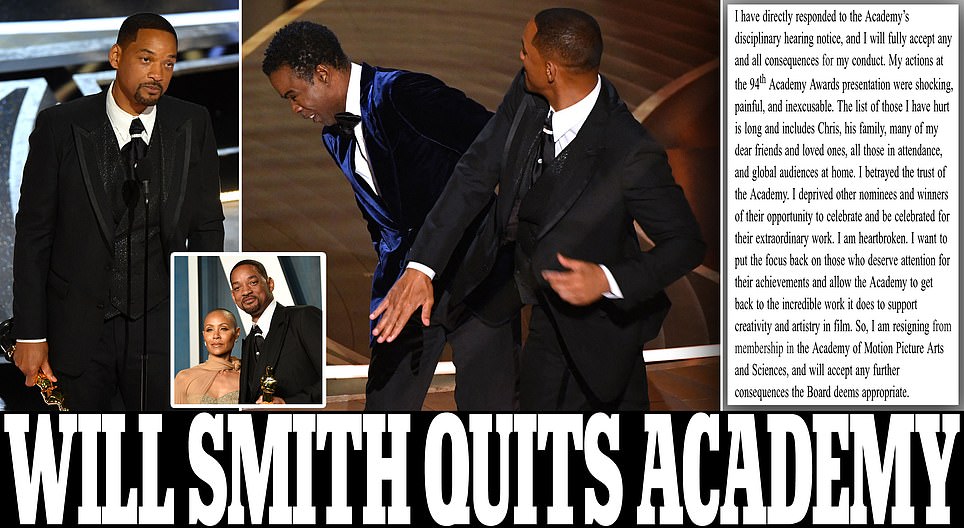 his life. his decision..

He may have hurt his career with that slapping stunt.  But hey, we'll see.

Resign is one thing, now many in Hollywood may not want to work with him due to back last, it may not be the end but it will be hard for a minute.

Comment by vaughn mitchell on April 1, 2022 at 11:16pm
He deserves punishment, Samuel L Jackson, got his first Oscar award , did not see it because of that fool. Baldy cost him alot of money, self respect, and dignity.