They were shot inside the emergency room at Bronx Lebanon Hospital at about 7 p.m.

The victims -- a 37-year-old nurse and a 42-year-old security guard -- suffered non-life-threatening wounds, a source said.

The incident reportedly stemmed from a long-standing beef between members of the Riverpark Towers Crew (RPT) and their Burnside Money Getters rivals, police sources said.

A member of RPT was being treated for a gash below his eye from a fight earlier in the day when he was alerted that guys from both gangs were in the waiting room, sources said.

A fight broke out and then one of the gang-bangers pulled out and started shooting in the crowded room, filled with patients, including children.

The NYPD took four people into custody near the hospital and brought them in for questioning but believe the shooter escaped.

A hospital spokesperson said that the shooting was caught on security video, which has been turned over to investigators.

This genius will more than likely remanded to CLUB RIKERS ISLAND,Bronx New York where he is going to see the other crew members in the General Population how brave will he be? 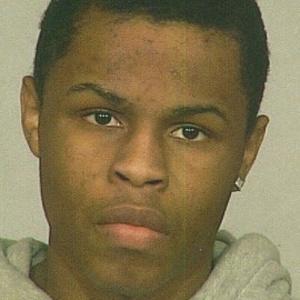 A 19-year-old gunman who shot two people in the waiting room of a Bronx hospital was arrested last night, cops said. Police found Michael Wayman in an apartment on Seventh Avenue near 142nd Street in Harlem at about 7:20 p.m. and busted him on charges of assault and criminal possession of a weapon. Wayman allegedly pulled a gun during a wild gang fight at Bronx Lebanon Hospital on the Grand Concourse Wednesday and began firing -- hitting a 42-year-old security guard in the groin and a 37-year-old nurse in the shoulder while hospital visitors, including kids scrambled for cover. The violence is said to have stemmed from a feud between members of the Riverpark Towers Crew and their Money Getters Rivals. A family friend, Karen Brown, a family friend reached at the Wayman home in The Bronx.,said “I know he would never do nothing like that.”   “The family will stand behind him.”

These gangs amaze me.  They do not own anything, they don't have anything and do not want anything and just have to alwayz mess with everyone whose trying to live and do the rite thing.  Shooting in a Hospital.  C'MON SON!  When they catch them send them to these War areas.  (Klu Klux Klan rally, Skin Head rally, Congo, Afganistan, Pakistan, Iraq or somewhere where people are just trying to kill us because of your skin color}.  :(  NIGGERS ALWAYZ MESSING THINGS UP!!!!

I grew up in RPT and it saddens me that it has gotten that bad there.  I would never go back to even visit!

These gang members are really troublesome. But they way the government interferes with family upbringing of the youth doesn't help the gang situation much. If they got their asses beat when they were young, we wouldn't have to be dealing with these thugs! SMH!

Comment by keven blaq on November 10, 2011 at 10:12pm
Just be thankful you guys live in the states
Where two likkle wild shot buss and you
scream bloody murder

Comment by Petra Renee' on November 10, 2011 at 6:50pm
It's sad because they think it's acceptable behavior when it's not!! Obvious they lack virtues and moral principles sad generation!! Not all but some!!

nah you guys have it all wrong!! They were preparing for the sequel of DUMB AND DUMBER PART 5! LOL

This is a scrotum less act of a coward.No rules no respect for life Guess what these fools are to go back to the neighborhood and brag about this act.