Wife Says Drug Addict Husband Is Forcing Her To Cheat 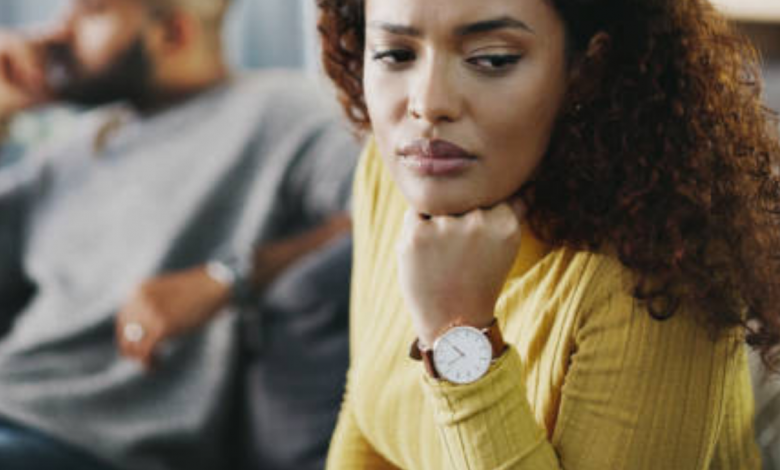 A distressed woman finds herself being pushed into the arms of another man after her husband of seven years constantly mistreats her and shows her no love.

In her letter to Tell Me, Pastor, the woman said that her husband followed the advice of his relatives on how to live his life. He also “tell lies” and “has had run-ins with the law”.

“I cannot put down any money. He is now using drugs, so you can imagine that I am not getting much money from him,” she wrote.

She also added that her husband, who said he regretted their marriage, cheats on her and brags about his mistresses taking care of him. When she tried to tell his family about his affairs, they accuse her of lying.

Being a caring wife, despite her husband’s attitude towards her and not receiving much money for groceries, she always ensures that she prepares his dinner.

“I am a Jamaican woman and that is what Jamaican women do. They feed their men,” she wrote.

The anonymous woman went on to say that she dried her eyes and ended her crying days. However, the warnings of ending their relationship if he does not change have been ineffective.

She detailed a situation when they owed two months’ rent and had to pay off one month’s rent to prevent being issued a notice. The woman explained that she had to turn to a friend of hers for a $40,000 loan to pay the rent. The friend, who is single, was always someone who expressed having feelings for her, but she tried to be faithful to her spouse.

She subsequently said that she felt “ashamed” admitting that she has feelings for her friend and she had sex with him twice. She admitted to telling her husband that she was going to cheat but he did not know the friend.

She continued by saying she felt bad about being “forced to go to bed with another man” because of her needs not being met in her marriage.

The writer went on to add that her friend has some shortcomings such as being “not as educated” as her husband and “not as handsome”, but she noted that “he is a hard worker”.

The writer requested advice on her marital problems, saying that she was shouldering the burdens of repaying a student loan and covering her daughter’s school expenses, with a pending car loan to also consider. She also mentioned that her child’s father helps her.

The writer also went on to say that whenever she refuses to have sex with her husband, he angrily calls her a “whore”.

“I used to say I would not want to keep a man while I am married. But now, I don’t care what people say. I am thinking of changing jobs, but the guy told me I shouldn’t. What should I do?” She questioned.

While her daughter loves her stepfather, the 32-year-old mother explained that her happiness is burning out with her husband since his lifestyle took a completely different turn.

It  Must Have Been Love, But It Is Over Now.

Thank you for your post. I have read through several similar topics! However, your article gave me a very special impression, unlike other articles. I hope you continue to have valuable articles like this or more to share with everyone! nytimes crossword

It's time to take the right decision..

Comment by vaughn mitchell on April 24, 2022 at 10:44pm
If she is unhappy then divorce him, she run to a pastor, to justify her wanting to cheat. Don't be surprise if the pastor don't try to hit that.