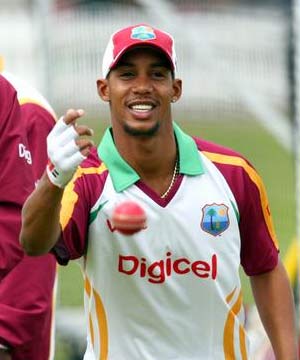 The woman, an account executive, is seeking compensation from Simmons for breaching the confidentiality of their relationship by broadcasting the images without her permission. The breach of confidence lawsuit, came up for hearing in Port of Spain on Tuesday.

On June 5, last year, she had an injunction granted preventing Simmons from sharing any further photographs or information about her. Simmons, is arguing that they never shared a relationship and as such he does not owe her any confidentiality. The matter is set for trial on March 23.

The court case is after the fact...the pictures are already out there for all to see, and they can circulate the internet for years, even after she's gone, her children may see them. If a man asks for nude pictures from you...say "NO" and have the piece of mind, that you will not have nude pictures of yourself circulating the web for friends and family to see.

First, it has to be legally determined what constitutes privacy. And remember the English-speaking Caribbean  legal system is structured on the British side (not American) of justice despite the fact we now have the Caribbean Court of Justice.

Very interesting to hear the ruling re validity and/or frivolity, in other words, the legality of the case/complaint.

The message: women, be careful and mindful of the characters you lay up with.

he is a grown man, stop being petty.

Comment by Roots aka TJ What De Ras on February 14, 2015 at 3:00am
Nice. Bottom line is if you don't take and send you will never be exposed

Comment by GospelPan on February 13, 2015 at 8:53pm
Another woman with no common sense....if those pictures were taken with a smartphone , hundreds of people could see them from the "cloud" anyway.