Why The Police Have Started Scanning Brains

Your brainwaves never lie. Or at least that’s the story believed by a growing number of police and law courts worldwide – the truth is more complicated.

They are taught how to break into a small office on the university campus, told the location of valuables belonging to members of staff – including a silver ring – and tipped off about the best time to strike to avoid being caught. Later this day, each of these students will effectively become a thief.

Of course this ‘crime’ is entirely staged. What interests the psychologists is how the human brain controls the memories stored from participating in criminal acts, and the extent to which they can be hidden. The mock crime scenarios should help – and the findings could have implications for some criminal cases being heard right now.

“For years people have assumed that when a criminal is presented with a reminder of their deeds, the brain will automatically elicit this recognition component,” says Zara Bergstrom, a psychologist at the University of Kent involved in the study. “But no one’s seriously questioned if this is true. Can people stop their mind remembering something they don’t want to think about, and if so how does this happen?” 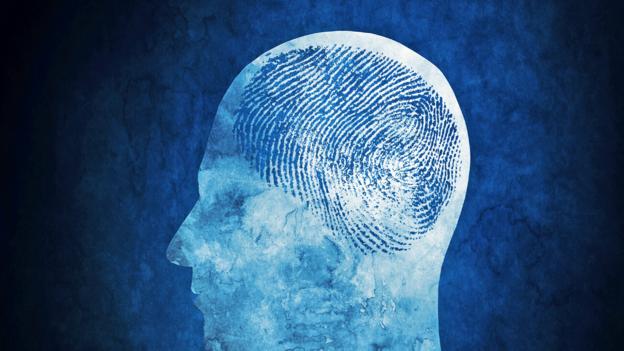 Are crimes written in brainwaves?

The very fact that these questions are still open for research could be seen as worrying. Over the past decade, neuroscience has moved from the laboratory into law enforcement systems and courtrooms across the world. And while it’s reasonably well known that traditional lie-detection tests – polygraphs – are unreliable, the working assumption is that a new generation of tests based on brain scans are less fallible. Trust in the technology is so high, in fact, that it is already playing an important role in separating the guilty from the innocent, particularly in India.

In 2008, 24-year-old business student Aditi Sharma was jailed for life for poisoning her former fiance Udit Bharati with sweets dipped in arsenic. Bharati had been angry after Sharma broke off their engagement to be with another man.

Brain fingerprinting has been used by police in India since 2003

While Sharma protested her innocence in court, Judge Shalini Pransalkar Joshi had little doubt. During sentencing, she explained that the brain scan conducted on Sharma appeared to show that she had "experiential knowledge" of arsenic, the murder itself and the way Bharati was killed.

Police in India have used brain fingerprinting since 2003. Officers argue that it helps an overloaded workforce augment their evidence and speed up the often tortuously drawn-out process of conviction. 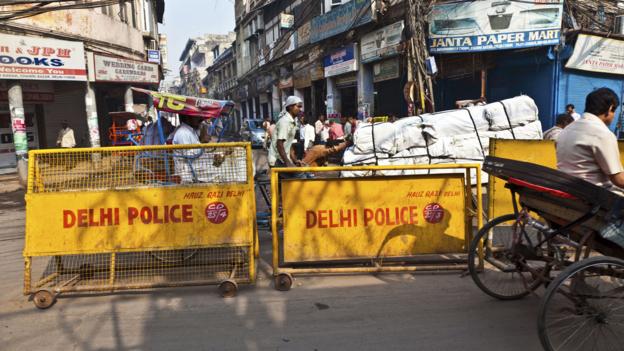 Police in India use brain scans to build evidence, but is the science strong enough? (Credit: iStock)

The approach typically involves asking the accused to sit silently in a small, windowless room, while listening to a tape playing a series of statements – some of which are associated with the crime. A skullcap with a set of 30 electrodes detects their brain activity, and feeds the information back to an electro-encephalograph (EEG) machine. Some neuroscientists believe this reveals whether the suspect shows prior knowledge of a particular cue – a murder weapon, for example, or the injuries suffered by a victim.

At the heart of the brain fingerprinting test is the search for a particular electrical signal emitted by the brain. It’s called the P300. This signal becomes noticeably larger when someone receives verbal or visual cues regarding objects, people or locations associated with an especially vivid and emotionally charged memory.

The relationship between the P300 and recognition was first discovered by neuroscientists in the mid 1960s. They found a consistent surge of electrical activity in the brain, occurring around 300 milliseconds after a cue – such as seeing a relative’s photograph. But it would be another 30 years before anyone attempted to exploit the P300 for solving crimes. 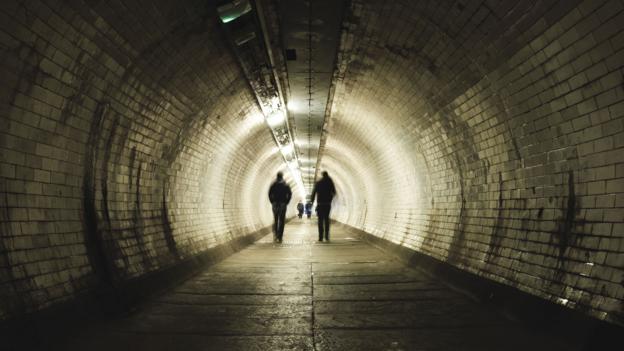 Advocates say the test can reveal if the suspect has direct knowledge of an event or has gained information through second-hand sources (Credit: iStock)

Larry Farwell, a former Harvard research associate in the field of biological psychology, was the first to develop a brain fingerprinting technique using the P300. In a landmark case, it proved crucial in accumulating evidence against the US serial killer JB Grinder, leading to his conviction in 1999.

“The process of formulating the cues is particularly time consuming,” Mukundan says. “We use cues from other unrelated episodes that we know have happened in their life to test our system, as well as cues relating to their version of events regarding the crime, and the theories of the police investigators.” 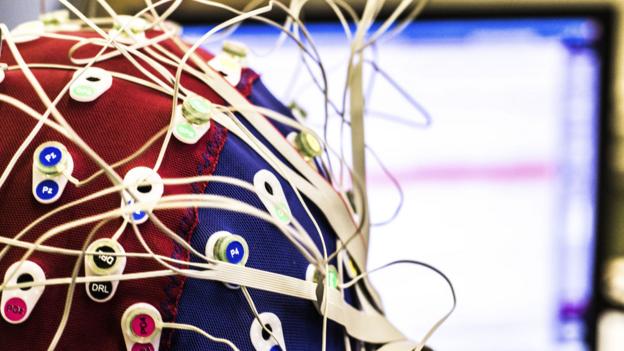 The approach typically involves asking the accused to sit silently in a small, windowless room, while listening to a tape playing a series of statements (Credit: iStock)

If the test reveals a noteworthy P300 signal, the test is repeated to make sure the signal is genuine, says Mukundan. The Beos test requires the willing participation of the suspect, and it’s important to make sure that any cues are presented in a way that isn’t accusatory, he says. “It can sometimes require long pre-test discussions to get them in the right mental state, so they don’t become agitated as the test progresses.”

Mukundan says the Beos test has a 95% accuracy rate

All of which gives the impression that the Beos test – and Farwell’s test – have been carefully thought out prior to use for law enforcement. Mukundan says, done properly, the Beos test can tell whether the suspect has direct knowledge of an event or has gained information through second-hand sources. He says it has a 95% accuracy rate. Farwell claims his test works nearly 100% of the time.

Police services across the world are convinced: Singapore’s police services purchased brain fingerprinting technology in 2013; the Florida State police signed a contract to use the approach in 2014. And Australian counter-terrrorism authorities are currently looking into the potential use of brain fingerprinting to determine whether individuals returning from war zones have been illegally involved in conflict when they claim to have been participating in humanitarian work.

Advocates insist that the accused has no control over the P300 – but is this true?

But not everyone is so excited. Leading neuroscientists have openly criticised the lack of scientific publications in peer-reviewed journals that support Mukundan and Farwell’s claims. Some are worried that, as with polygraphs, the brain fingerprinting results obtained during a test rely too heavily on the way the test was carried out. Internationally accepted protocols are needed, says Bergstrom. They would help to ensure that prosecutors don’t manipulate the tests – either intentionally or by accident – to boost the chances of finding incriminating P300 responses. “Depending on how you select cues, you can find what you want to find,” she says. 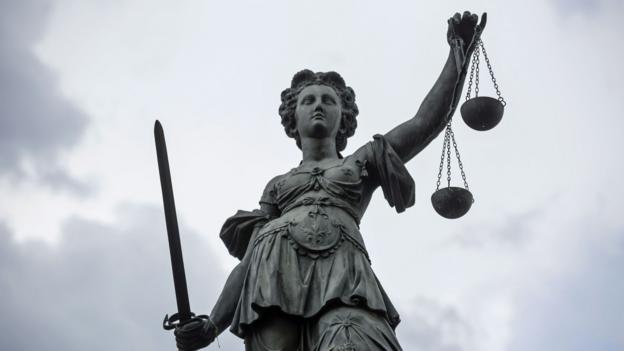 But there’s another unknown. Advocates of the technology insist that the P300 is an automatic brain response, something that the accused has no control over. But is this true?

That brings us back to the mock crimes at Northwestern University. Bergstrom and her colleagues want to know whether a guilty individual can, in fact, cheat the test by intentionally suppressing their P300 response to cues of importance.

In an initial study, they asked subjects to look at photos of a crime on a computer screen, and imagine committing it, before trying to intentionally forget about the crime during a brain fingerprinting test. The researchers found that the majority were capable of doing this.

The mock crimes are the next stage in the research. Can someone cheat the test even if they have physically committed an act of theft? Preliminary results suggest they can. “We found that some people are really good at controlling their brain activity and suppressing even these richer autobiographical memories,” says Bergstrom.

Whether mock crimes are really a valid comparison to the deep emotional memories left from participating in a real-life violent crime is open to question. Some psychologists believe asking volunteers to commit crimes in a virtual reality environment may provide the ultimate means of examining whether a guilty person can deliberately beat the test. But Bergstrom believes even with what has been learned to date, brain fingerprinting tests should explore other aspects of brain activity which can reveal whether someone is deliberately suppressing memories.

It’s true that there may be some people who succeed in forgetting, either intentionally or otherwise

“It’s true that there may be some people who succeed in forgetting, either intentionally or otherwise,” Mukundan says. “We’ve had cases where a subject has been able to verbalise the most terrible memories from past actions, but they appear unable to remember them. But this is why right now Beos should only be presented as corroboratory evidence in court, alongside primary evidence.” 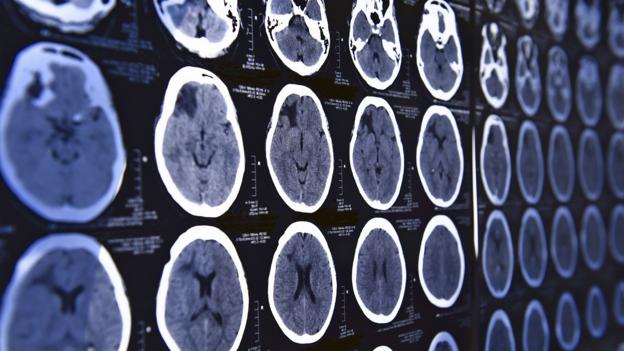 At the heart of the brain fingerprinting test is the search for a particular electrical signal emitted by the brain (Credit: iStock)

The trouble is, brain fingerprinting evidence can seem extremely compelling to a judge in a court of law, and perhaps even more so to a jury.

In 2008, a national committee of five neuroscientists had filed a report urging Indian judicial and policing systems not to use the technology, as the evidence for its effectiveness was too limited. But their advice fell on deaf ears.

Brain fingerprinting is admissible as evidence only in Indian courts – but many legal experts believe it is only a matter of time before that changes.

“Judges are typically going to regress to conservatism and demand hard evidence of reliability,” says Gary Gibson, of California Western School of Law. “They’ll want to know: are the same results achieved after one thousand tests? Are we sure the test cannot be subject to manipulation? But all the same, sooner or later you’ll find a judge that will admit it, probably in a civil case, because the stakes are lower. But that will break down the barriers to criminal cases.”

The hope is that by the time that happens, we know enough about the potential weaknesses in the technology to judge how to handle its findings.