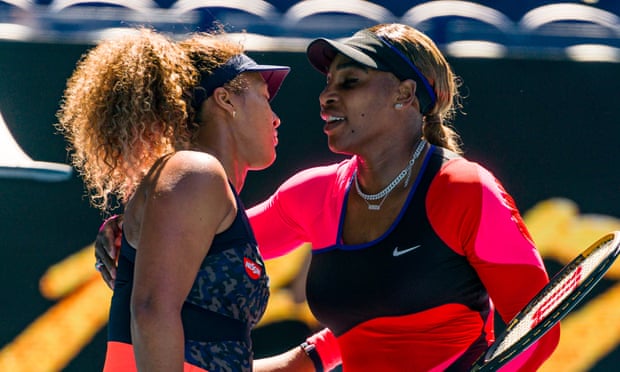 Naomi Osaka won her semi-final match against Serena Williams 6-3, 6-4 at the Australian Open on Thursday, denying the tennis icon a chance for a 24th career Grand Slam singles title, a goal she’s been pursuing since 2018. (Watch highlights below.)

Following the loss, Williams and Osaka hugged at the net, COVID be damned. Before exiting the court, Williams addressed the crowd, holding her hand up and putting her hand on her heart in gratitude. The gesture had commentators and folks online speculating that the gesture was a final farewell to the sport, or at least the fans in Melbourne. 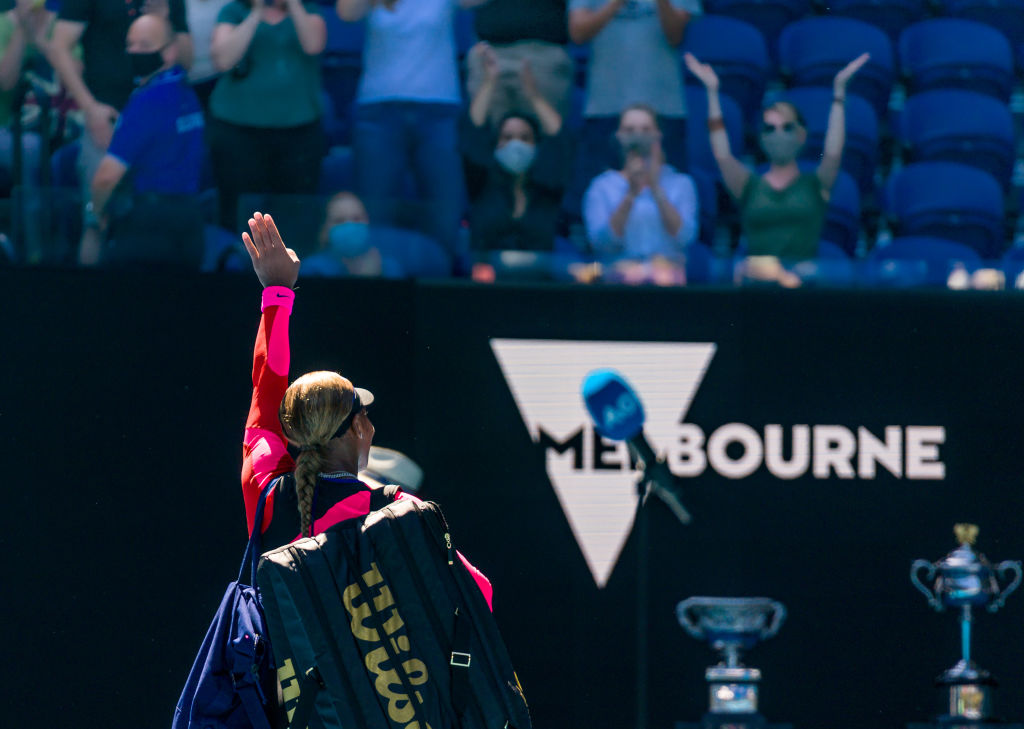 Asked during her post-match press conference about the meaning of her final wave to the crowd, Williams said, “I don’t know, the Aussie crowd was so amazing, it was nice to see.”

Regarding her future and whether a goodbye is imminent, she said, “I don’t know, if I ever say farewell I wouldn’t tell anyone so.”

As questions continued to come in, Williams appeared to grow more emotional. She eventually broke down and walked off in tears, telling the reporters, “I’m done.”

Williams also addressed the loss on Instagram, thanking everyone for their support. She wrote, “Melbourne and my Australian fans- Today was not ideal outcome or performance but it happens… I am so honored to be able to play in front of you all. Your support -your cheers, I only wish I could have done better for you today. I am forever in debt and grateful to each and everyone single one of you. I love you. I love you. I love you. I adore you.”

I can't say I like the Williams sisters. It seems to me that their sports ethics leaves much to be desired. To be honest, I like watching football or boxing more. These are male sports (for the most part). I see more entertainment here. I always place my bets when I watch online. My favorite site is 777score.com. It seems to me that it is the entertainment that gives a lot of fans all over the world. Such bets always give good profit.

Comment by Ab Gai on February 19, 2021 at 2:24am
She still won’t be second best because that white won without competing against the best.

Comment by vaughn mitchell on February 18, 2021 at 7:12pm
Serena had 24 un force errors. The mention retirement, and she got all boo hoo, at the press conference, she need to lose some weight, get her head right tie and break that white lady's record, instead of coming up short before she think about retiring, because once she retire she it will always be on her mind that she was second best.