Why Did Angela Bassett Turn Down Lead Role in ‘Monster’s Ball?’ 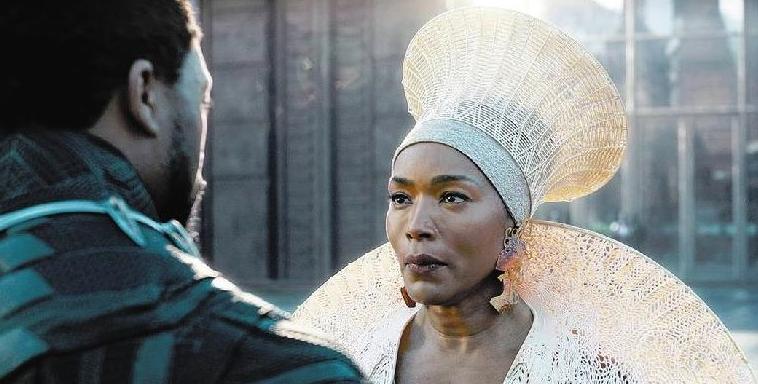 Iconic actress Angela Bassett started 2023 on a glorious note. Firstly, she became the first ever actor to win a major award for a role in a Marvel film. This was on January 10 at the 80th annual Golden Globe Awards where she won the “Best Supporting Actress in a Motion Picture” award for her role as Queen Ramonda in Black Panther: Wakanda Forever. Secondly, Bassett won another award in the same category about five days later at the Critics’ Choice Awards.

Bassett, a New York-born star, turned 64 in August 2022. Many of her fans were happy for her, stating she deserves the awards given her consistent contributions to the film industry. The actress came to the limelight in 1993 when she casted in the biopic What’s Love Got to Do With It, playing Rock ‘n’ Roll queen Tina Turner. She won her first Golden Globe Award out of it.

But it was not a smooth ride to the top for her. It was not easy remaining at the top, for she was picky about which movies to cast on. For her, it wasn’t “anything goes.”

So why did Angela Bassett turn down the lead role in the 2001 drama film “Monster’s Ball?”

Bassett was offered the chance to play the character Leticia Musgrove in “Monster’s Ball,” but she refused, never mind it was a significant part in a top film back then. The film was directed by Marc Forster.

Starring Billy Bob Thornton, it tells the story of a prison guard called Hank Grotowski (Thornton) who finds it hard to come to terms with the recent death of his son and the end of his marriage. He gets obsessed with the execution of death row inmate Lawrence Musgrove (Sean “Diddy” Combs) as a relationship develops between him and Leticia — the death row inmate’s wife.

Leticia also has her demons to deal with: she struggles with the loss of her husband and the hardship of raising her young son as a poor single mother. As her affair with Hank gets deeper, they start to realize they must face their own prejudices and biases, and begin to see the world from a different perspective.

In June 2002 and after turning down the lead role offer, Bassett, in an interview with Newsweek, explained her reason for refusing.

“It’s about character, darling,” she said. She particularly referred to the part where Leticia Musgrove is in a NSFW scene. The scene occurs just after Hank and Leticia have opened up to each other about their pasts and feelings for each other.

For some critics, the scene was both too sensual and realistic. Other critics also railed against its graphic and arguably gratuitous nature.

The bottom line is that because Bassett turned down the “Monster’s Ball” role, it went to Halle Berry who was rewarded with an Oscar for her performance and we might add, she’s been dogged for accepting the role ever since.

Like I said Vaughn, that scene was real....she did have sex in that looser Billy Bob Thorton.  So they gave her an award for being a good little girl.

Monster Ball was garbage. She got an Oscar for bending over and lowering her dignity. She had better roles. They wanted Angela to lower her standards. The slave master mentality. Use the black woman as a sexual object, well Angela did not take the bait and Halle Berry , did and all she was known for was taking her clothes off to get an Oscar, what was so great about Monster Ball. Hollywood think black people are stupid. Denzel got an Oscar for playing a bad cop, Hollywood was tired of him playing the hero, and Halle Berry got an award for having sex, it look so real Bad Billy pulling her panty down, and there was no body double.

Well you saw what Halle had to do in that movie! And to think they gave her an award for it, just goes to show you what they think about black women.

Rumor has it that the sex scene Halle Berry played with Billy Bob Thorton was actually real.  Maybe that's why Angela turned it down.  Halle Berry was actually degraded in that scene according to some who analyzed the movie.  Some also asked, why didn't they give the role to maybe someone like Brad Pitt, or George Clooney.  Apparently, Halle Berry wasn't good enough to do a real sex scene with one of the top names in Hollywood.  But again, that's how some folks analyzed that movie.