Who Is Donald Glover’s Girlfriend Michelle?

Donald Glover is one of the biggest names in the entertainment industry, and his star-meter is only rising. As the star of FX’s Atlanta, and the winner of a number of awards, including three Writers Guild of America Awards for Best Comedy Series, a Grammy Award for Best Traditional R&B Performance, and two Golden Globe Awards, he is very much in the public eye. Astonishingly, he has been able to keep his love life on the DL.

Who is Glover dating?

Glover is in a relationship with a woman known only as Michelle.

At the 2017 Emmy Awards, Glover thanked Michelle and also announced that they were expecting their second child together. He stated, “I want to thank Michelle, my partner, you love me even with how crazy I get… I want to thank my baby, my son, for just being the joy in my life. I want to thank my unborn son, we’re listening to Stevie [Wonder] tonight.”

At the 2017 Golden Globe awards, he thanked Michelle again, saying, “I really want to say thank you to my son and the mother of my son for making me believe in people again and things being possible, so thank you.”

The two have not been documented together on the red carpet, and Michelle doesn’t appear to be active on social media.

In May, the couple was seen walking about in New York City with their newborn. Their two-year-old son, Legend, was not with them.

What else do we know about Michelle? She does “the hard stuff”. In an interview with People, Glover revealed, “I think my partner, she does all the hard stuff, to be honest… She’s just very supportive. I haven’t really had to change anything. But it’s given me definitely another perception on what life is. It gives me a lot of context.”

In January, he also told ET that after the birth of their second child, “She’s great. She’s good.” He added, “Bab’s born, so she’s happier now.”

He’s known as a bit of a ladies’ man in the Star Wars universe.

But in real life Donald Glover only has eyes for one girl, as he stepped out with girlfriend Michelle on Wednesday.

The couple were spotted doing a spot of shopping with their five-month-old baby son in New York City. 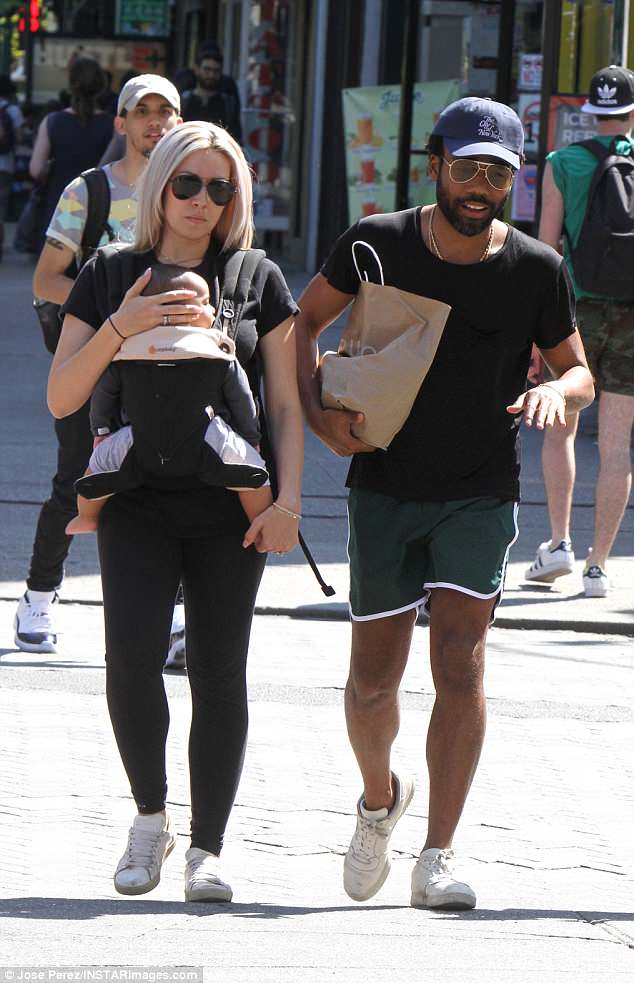 Family: Donald Glover and his girlfriend Michelle did a spot of shopping in New York City with their five-month-old son on Wednesday

The multi-talented actor/musician/writer/director/producer dressed down for the casual day out, rocking green shorts with white trainers, a plain black tee and a navy baseball cap promoting his current city.

Michelle meanwhile was all in black, save her white trainers, teaming her black t-shirt with matching leggings.

She accessorized in a front-loader baby harness, which carried their little cutie.

The protective mom made sure to shield his tiny head from the sunshine with her hand. 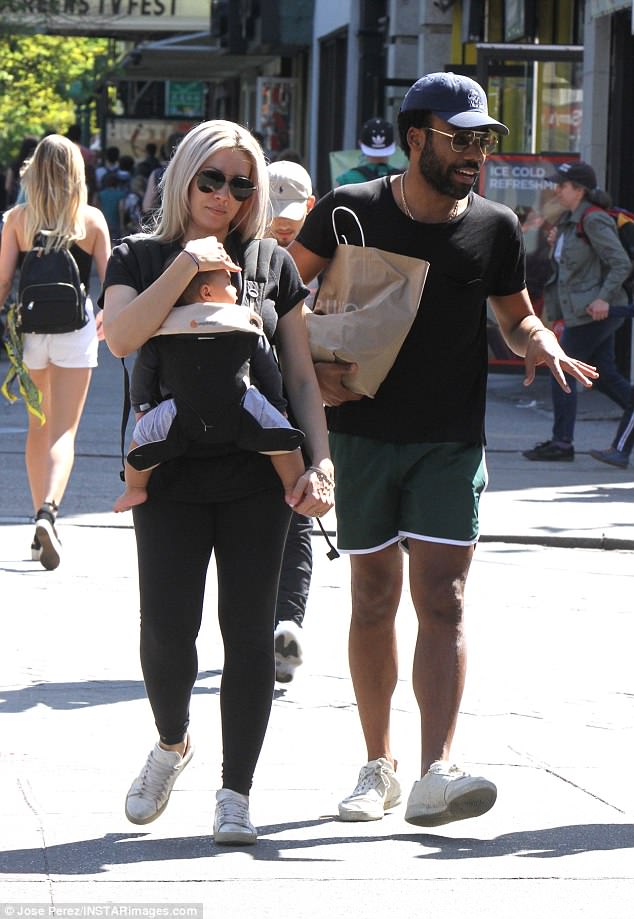 Chilled: The multi-talented actor/musician/writer/director/producer dressed down for the casual day out, rocking green shorts with white trainers, a plain black tee and a navy baseball cap promoting his current city

His dad carried not quite as precious cargo: some healthy nosh from Sweetgreen.

Not pictured was the baby’s older brother, two-year-old Legend.

Glover, AKA Childish Gambino, is notoriously private about his family, has never revealed the name or even the exact birth-date of his youngest boy.

On Friday, Glover makes his debut into the Star Wars universe in Solo: A Star Wars Story.

In it he portrays a young Lando Calrissian, a part made famous by Billy Dee Williams in 1980′s The Empire Strikes Back. 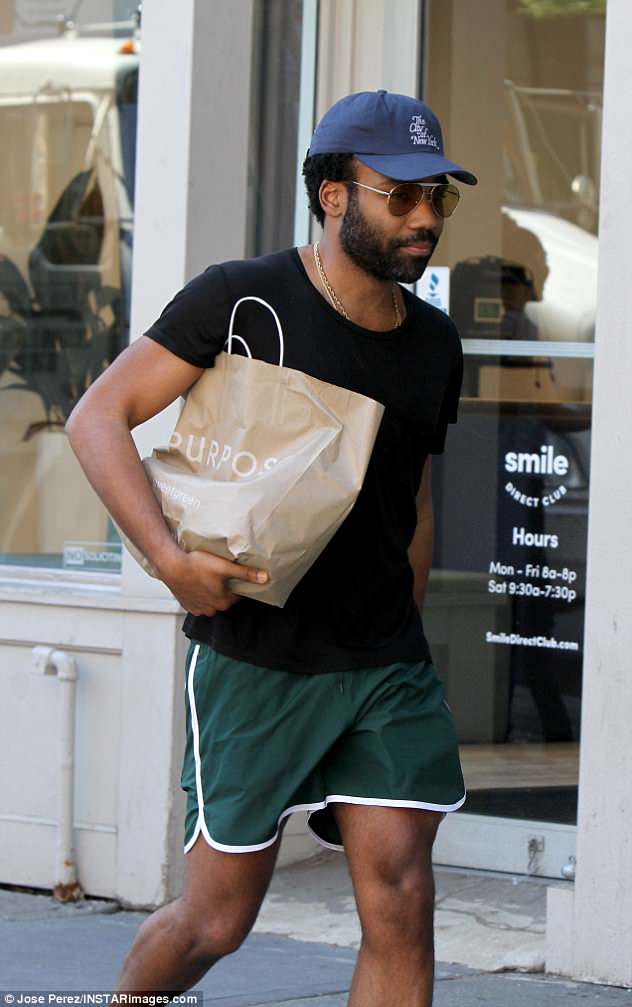 First step into a larger world: On Friday, Glover makes his debut into the Star Wars universe in Solo: A Star Wars Story