Most mother’s got flowers, candy, and cards on their special day, but one white woman decided that she had to treat herself to Red Lobster and a brawl broke out.

The unidentified woman—who was wasn’t wearing a mask–went after employees and began shouting and fighting in footage uploaded to Twitter. She’d apparently been waiting to be served by the seafood chain, which is currently closed for in-house dining due to the coronavirus and working with a reduced staff, on Mother’s Day.

Employees at the restaurant, located in East York, Pennsylvania, were bringing all of the food out to customers, but the woman felt that they weren’t moving fast enough.

She demanded her “motherf–king” money back as she tried to shove her way inside the restaurant.

Woman upset that she has to wait 3 hours for food from Red Lobster on Mother’s Day when the restaurant has a reduced staff.

“I want my money refunded!” the woman says.

“You will get it,” one employee replies.

The video then shows the woman cursing two employees who were holding her back and trying to prevent her from going inside. She continued to shout about a refund.

“Let me show my bill to get my refund,” the woman insists.

At this point, the footage which was shot by a bystander, shows the woman reaching around the male employee so that she could slap a female one. It was then that a fight broke out between all parties. The woman quickly claimed herself as the victim and declared that the waiting crowd would back her up.

“I was assaulted and have a whole crowd to see it,” the woman says. 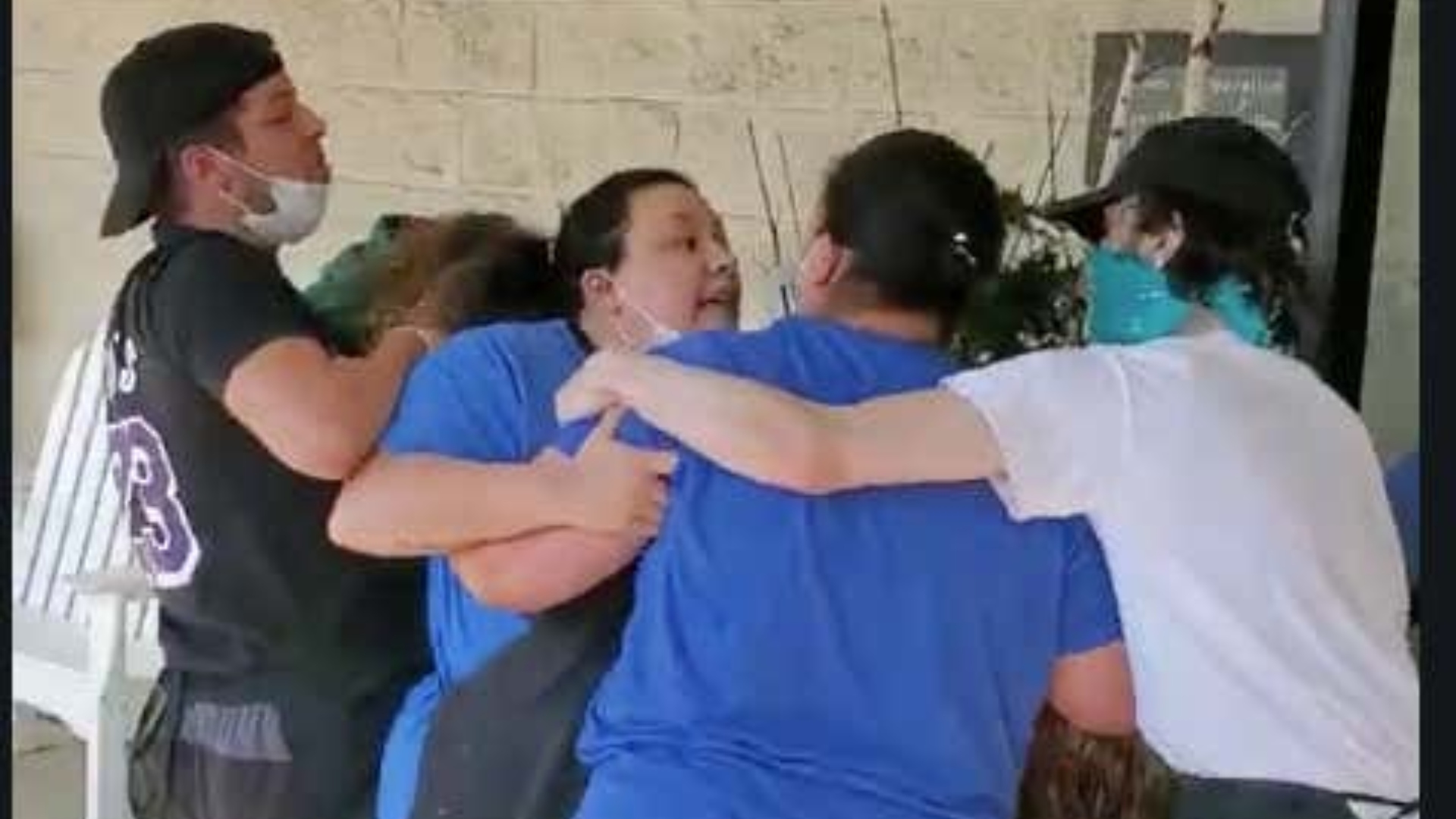 According to the York Daily Record, the Springettsbury Township police responded to the call placed by Red Lobster at 4:26 p.m. The woman had already left by then but police caught up with her. Authorities are investigating but no charges have been filed yet.

Nicole Bott, director of communications for Red Lobster, released a statement sympathizing with the frustrations of customers. The seafood chain is working to better accommodate those who want to be served but did not condone the fighting.

SHE GO HARD LIKE THIS IN THE GYM YOU FAT F***!  STSY GONE THIS DOESN'T HAPPEN EITHER!

First she tries to bully her way in, then she attempts to assault the woman and when she is met with a surprise ingredient from the cheddar bay biscuits manager she cries victim. I think she then realized if it wasn't for the rest of the workers, she could've been cracked open like them lobster tails she was waiting for. Then to make matters worse some idiot admitted that they were waiting three hours for some food. You could have went home and cooked that shyt yourself, ate and came back and picked the order up in all that time.  What idiot waits around in a parking lot for three hours for some damn food I mean what is that shyt seasoned with crack?

Comment by vaughn mitchell on May 14, 2020 at 6:13pm
Straight up ratchet, she look like she has not miss many meals. white people bringing guns to a state building making threats, walking around with Nazi, flags, I said it before this country will get worse before it get better.