A wheelchair bound white woman was served a vicious beatdown (and some might say she deserved it) after witnesses claim she was armed with a knife and was stabbing looters exiting store a Target store in Minneapolis.

Its worth noting that she only attacked Black folks, allowing white looters and vandals to pass freely.

You can watch the graphic footage via the clip below.

It’s the latest in the civil unrest that has ripped through Minnesota city wake of the killing of George Floyd, who was murdered by a suspected white supremacist police officer who reportedly has a history of targeting Black residents with violence.

A racist white woman with a knife in a wheelchair at a Target in #Minneapolis skipped over all the white looters in the store, and she tried to attack Black people.

So they had to extinguish the threat. #OGUN 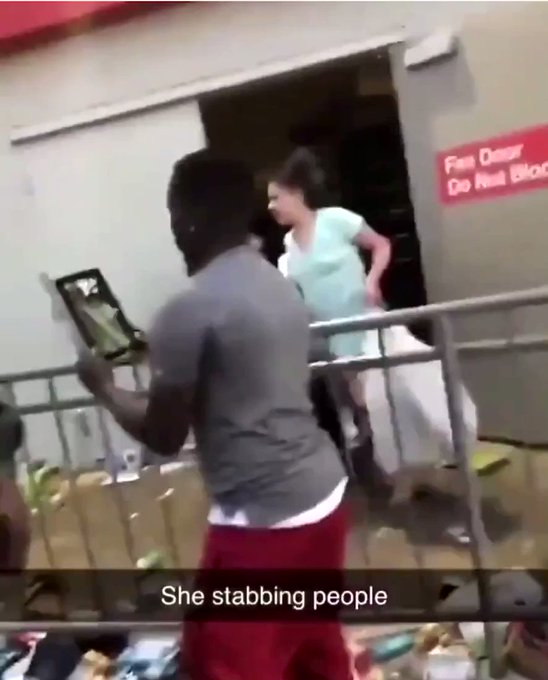 Footage of the chaotic scene outside the Target store shows the woman driving a motorized wheelchair and attempting to block people fleeing with shopping carts and merchandise.

As noted by TooFab, she appears to be holding a short blade, and lunges at one person with it before getting beaten over the head and doused by the fire extinguisher.

The reaction to the shocking video has been mixed on social media, with some folks outraged at the abuse of an “elderly disabled” woman, while others noted that the woman is neither elderly or disabled (she’s actually 30), and that her violence (stabbing people) was met with violence. An eye for an eye, as they say!

Bystanders can be heard screaming “she’s got a knife!” and “she’s stabbing people!” in one of the videos.

Another video shot from a distance shows the woman out of the wheelchair and arguing with group of people. 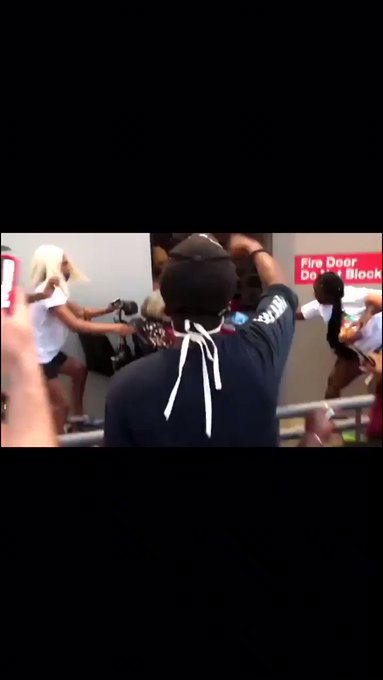 She just needs to go home. 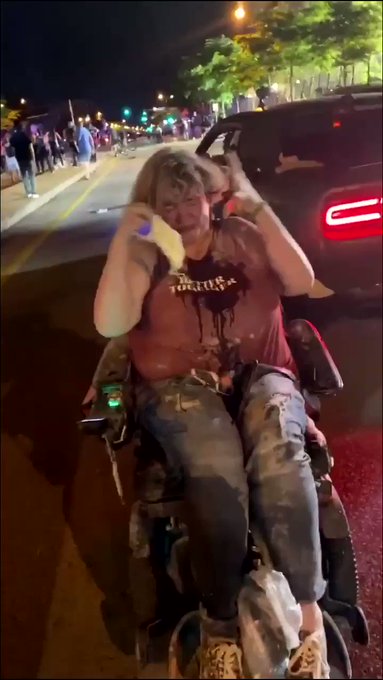 2,567 people are talking about this

The woman, named Jennifer, was interviewed by one witness.

“The looters who were looting Target… I was peacefully protesting and trying to block the way so that they couldn’t leave with cartfuls of stuff,” she said.

“They attacked me from front and back… they punched me in my mouth, my head, I got punched in the head several times. I got grabbed from behind, people grabbed my wheelchair and they stole my keys. They stole everything they could off of me.”

“I got maced in the face, I got covered in fire extinguisher stuff. I already seen the EMTs and they told me to go home.” 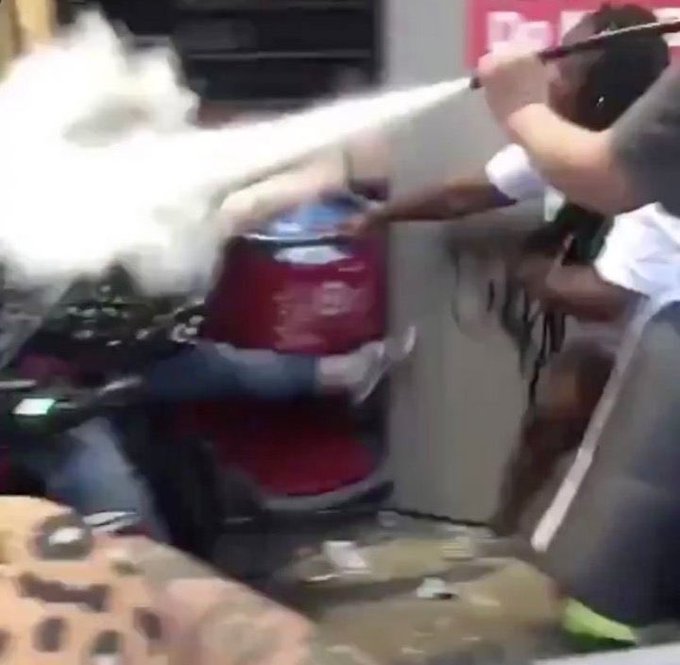 5,938 people are talking about this

This JENNIFER IS THAT ENOUGH lady grabbed a knife, hopped on an electric wheelchair, and drove prepared to lay her life down for her local target

They should have put the knee to her neck. Nosey racist f****

The headline is wrong,. It should’ve been  WHITE WOMAN STABBED AND BLOCKED BLACK LOOTERS WHILE ALLOWING WHITES TO EXIT STORE. Isn’t it what she was doing. The headline makes it seem as blacks attack her first because she was blocking them,

Probably wasn't even " her" wheel chair, looking like she stole it.  (How about that?).  Was due the beatdown of a lifetime, but the merciful Minneapolitans "cooled" her ass off. Grand theft wheelchair b****.

So why didnt they stab her back, beating is nothing