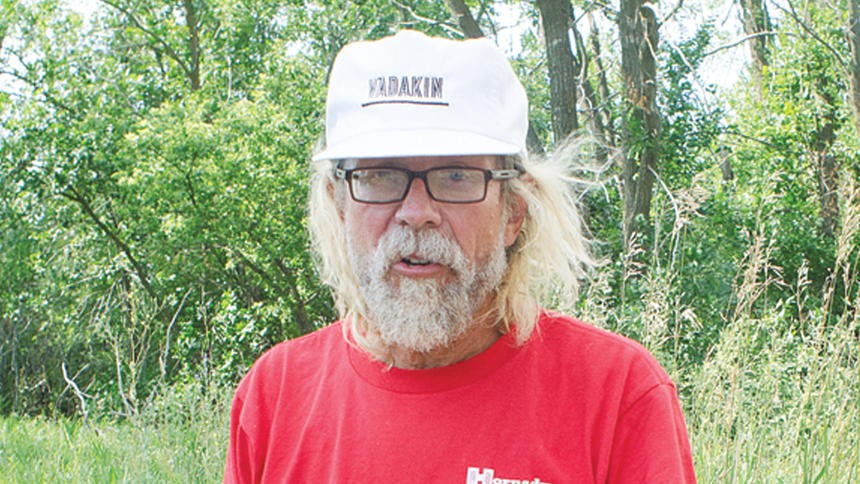 A white supremacist that is currently working to convert Leith, N.D. into an all-white haven was shocked to learn he is part African. Craig Cobb took a DNA test for The Trisha Show and discovered that he is 14 percent sub-Saharan African. Talk show host Goddard, who is black, informed Cobb that "you have a little black in you."

Cobb refused a "fist bump" from Goddard upon hearing the news and said that if he "did have any n-----, we don't want anymore if it." He later told Daily Mail that the DNA test was a "scientifically bankrupt procedure, the product of craven and debased executives, whose goal is to shock."

When he referred to the test on the show as "statistical noise," the audience laughed and cheered as Goddard and another black woman on the panel held back laughter.

Leith currently has one black resident, which is married to a white woman. The couple have said that their lives were full of "turmoil and deception" due to Cobb and other white supremacists who have moved into the neighborhood. Cobb said he has told the white woman on numerous occasions to divorce her husband and join their all-white movement.

His racist comments in the interview also included him referring to African-Americans as "jungle bunnies" and "strolling biological early warning devices." Cobb, a hate crimes fugitive in Canada, is buying property in the North Dakota town of Leith and trying to turn it into a whites-only neighborhood.

He said he plans to bring Aryan Nation members to the town, as well as ex-convicts who have "been in federal prison for 20 years." Because the town currently has a population of 16, it's feasible that White supremacists could become the majority if he brings in at least 20 new people to the town.

Cobb now owns at least 13 plots of land in the town and a handful of white supremacist families have begun moving to the neighborhood. His presence in the community has now resulted in numerous anti-racist organizations holding peaceful, grassroots protests within the town.

"We will become the majority, there is no doubt," said Cobb. "Do not ask for whom the bell tolls. It tolls for Leith."