White nationalists storm Washington D.C. bookstore chanting 'this is our land' to protest launch of book on politics of racial resentment 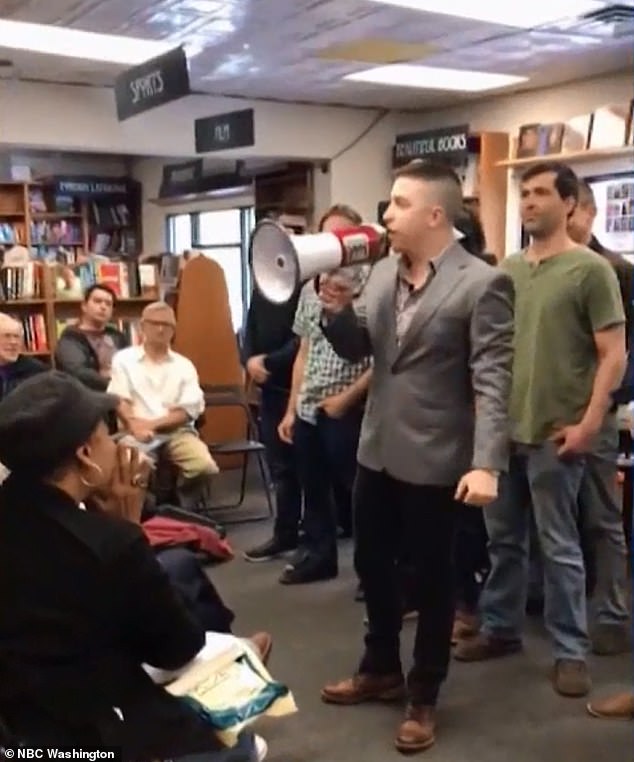 A group of white nationalists stormed a bookstore in Washington, D.C. over the weekend as the author of a provocative new book prepared to give his remarks.

Chanting ‘this is our land’ the racist protestors stormed the popular venue with a megaphone to protest the release of a book on politics of racial resentment called ‘Dying of Whiteness: How the Politics of Racial Resentment Is Killing America’s Heartland’ by Jonathan M. Metz.

‘It was pretty intense. I think everyone was really surprised. I get lots of threats on voice mail, but this was the first time in person,’ Metzl told reporters after the event at Politics and Prose.

Metzl’s new book reportedly explores how middle class white Americans can be drawn to politicians who promise to improve their lives but also support policies that place them at greater risk of illness and death, according to the Daily Mail

Washington D.C. Mayor Muriel Bowser reportedly tweeted after the event: ‘Today’s senseless attack on worshipers at the Chabad of Poway synagogue was a cowardly attack on the religious fabric that holds many of our communities together. I pray for an end to these acts of hatred and to the many senseless acts of gun violence plaguing our country.

‘Between the horrific act of hate and antisemitism at Chabad of Poway and the ignorance and hate from the white nationalists who interrupted a book talk today in DC, my heart is broken.

‘Let’s continue fighting hate with love. Hate will not win because we will always fight back, united in love. Today, on the final day of Passover, we pray for the victims and their families.’

WUSA-9 reports that the book store’s co-owner Bradley Graham said the crowd began to boo the group of nearly a dozen protestors as they marched through the store.

A group of self-proclaimed white nationalists have stormed a bookstore in Washington D.C. chanting 'this is our land' to protest the launch of a book on politics of racial resentment.

About 10 white male protesters marched into the Politics and Prose bookstore on Saturday with a megaphone as author Jonathan M. Metzl was discussing his new book.

The group, who identified themselves as nationalists and identitarians, marched in shortly after Metzl began speaking about his book. 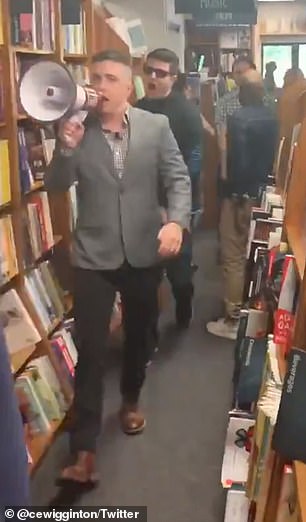 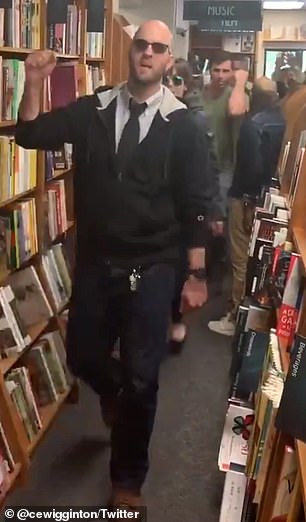 Comment by GospelPan on April 30, 2019 at 11:10am
They conveniently forget that this land belongs to the native American Indians and they are immigrants, they are invaders ! I don’t mind going back to the Caribbean to live, so long as they pay reparations to buy me a house and land.

Comment by vaughn mitchell on April 29, 2019 at 4:26pm
Welcome CF, to Trump version of America. Some a******* on here want to vote for Trump, because Democrats, don't do s*** for black people, they don't, but the Republicans are just a bunch of crazy racist.