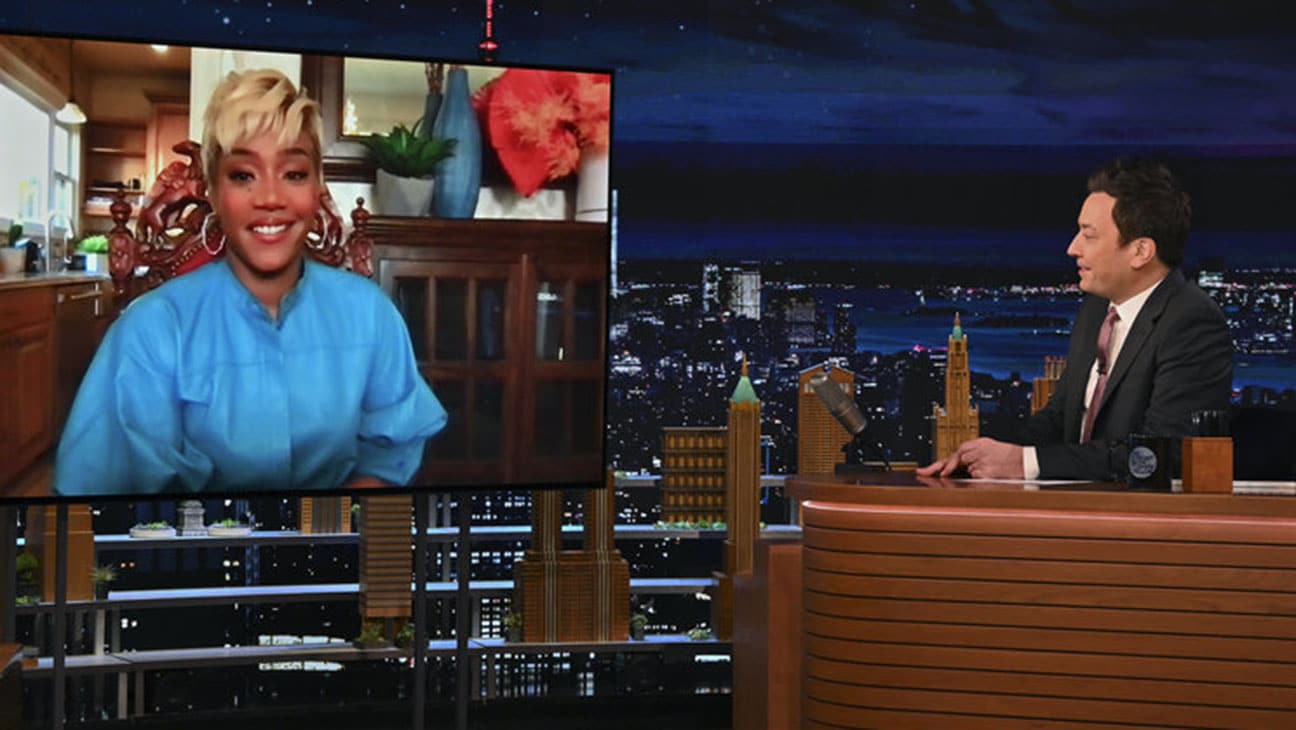 Tiffany Haddish did a video drop-in on “The Tonight Show” Monday night and was gently asked about her recent DUI arrest in Georgia.

The comedian, who was on the show to discuss her new Apple TV+ film “The Afterparty,” was asked by Fallon if she wanted to discuss the subject of her arrest. Haddish — who split from Common in November after a year of dating — replied: “I can say this, Jimmy… I’ve been praying to God to send me a new man. A good man. And God went ahead and sent me four… in uniform.”

Once the laughter dwindled, Haddish continued: “And now I got a really great lawyer, and we’re going to work it out. I’ve got to get my asking of things to God a little better!”

Haddish also spoke to Fallon about wanting to make 80 films by the time she is 50, winning a Grammy and going to Jay-Z and Beyonce’s Oscars after-party.

Watch the entire interview below: