What number do YOU see? Optical illusion of figures hidden in a black-and-white swirl goes viral as people come to different answers 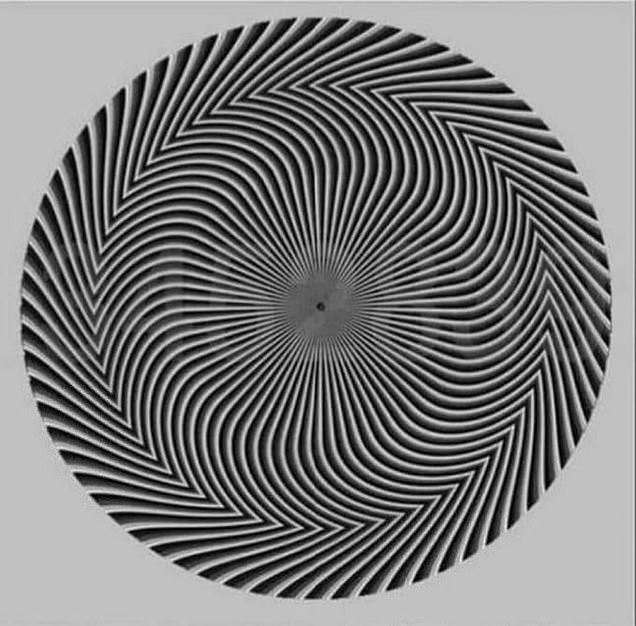 What do YOU see? The image shows a number partly concealed within a striped black and grey circle. Viewers are asked if they see a number and, if so, what number do they see?

Thousands of people from around the world have viewed the visual puzzle after it went viral on Twitter, and have come to very different conclusions on the hidden figures.

Another posted: 'I can only see 528. Does that mean anything about my eyesight?'

Thousands of people from around the world have viewed the visual puzzle after it went viral on Twitter, and have come to very different conclusions on the hidden figures

How does the optical illusion work?

The optical illusion works by testing an individual's contrast sensitivity, or ability to distinguish an object from its background.

This is important in real-life situations like driving in low light or fog, where the contrast between object and background is reduced.

In the case of the puzzle, the numbers are on one layer of the image and the swirl is on the other.

People with higher levels of contrast sensitivity are able to perceive the difference between the number and background with greater ease.

third wrote: 'I can see 45283, since looking at the other replies I’ve others are seeing 2 other numbers. I can see there are numbers there but can’t make them up.'

It is understood that the illusion works by playing on contrast sensitivity, an important measure of visual function, which allows us to perceive the difference between objects and their backgrounds.

This comes into play in real-life situations such as driving in low light or fog, where a higher level of contrast sensitivity is required because the contrast between objects and their backgrounds is reduced.

In the case of the puzzle, the numbers are on one level and the swirls are on the other.

People with higher levels of contrast sensitivity are more likely to be able to see all seven digits straight away.

Poor contrast sensitivity can be a symptom of eye conditions including cataracts or glaucoma.

The actual answer is seven digits: 3452839. The number you see is based on your contrast sensitivity, or the extent to which you can differentiate between an object and its background

I saw 3452839.  I wear glasses but the problem that I had was with the first and last number, they were hard to see.