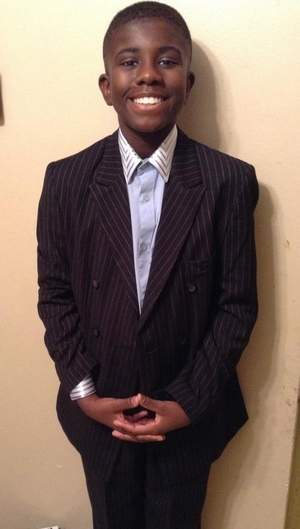 An 11-day search for a missing Michigan boy came to a bizarre conclusion Wednesday when he was discovered alive and well, hidden in the basement of his father’s home in Detroit.

Finding 12-year-old Charlie Bothuell resolves the key issue in the missing-child case, but the circumstances of his discovery leaves numerous other questions hanging.

“We found him barricaded in the basement, behind boxes and a large five-gallon drum. There’s no way he could have erected this makeshift area of concealment.”

Adding to the drama, Charlie’s father, Charles Bothuell IV, heard the revelation that the child had been found during a live TV interview with HLN’s Nancy Grace.

When Grace told him the news, Bothuell became visibly upset, looking dazed and bewildered, breathing hard and clutching at his chest.

When he recovered enough to speak, he said he had no idea how his son could have turned up in his house.

Charlie disappeared on June 14, a Saturday night, when he walked out of the house.

“He had — you know, not done some of his chores and instead of arguing at him or fussing or anything, my wife just said okay,” his father told Nancy Grace during an earlier appearance. “I got a call back from my wife at 9:45 saying that Charlie was gone.”

The father said the family then launched a desperate search.

“I’ve been going door to door since he disappeared,” he said. “We didn`t sleep. We did flyers. We called family members. And we have been doing everything we can since to get the word out to get our son back home.”

Craig, the police chief, said investigators had searched the home four times, including once with a cadaver dog.

“We’re not certain Charlie was here during those visits,” he said.

When he was found, Charlie was excited to see the officers, Craig said. He was taken to receive medical treatment.

The police chief was asked during an impromptu news conference Wednesday whether an adult was responsible for hiding the boy in the basement.

“We’re not ruling that out,” he said. “It would be hard for me to sit here and tell you that someone didn’t know Charlie was there, but I can’t say definitively.”

Later, following his HLN interview, Bothuell told reporters he was shocked by the discovery of his son in his basement, responding angrily to reporters’ questions about who might have known Charlie was there.

“For anybody to imply that I somehow knew my son was in the basement is absurd and wrong. I love my son. I’m glad that he’s home,” Bothuell said.

He became overcome with emotion when a reporter asked him about earlier erroneous reports that Charlie may have been the victim of a homicide.

“I thought my son was dead,” he said, beginning to cry.

His distress deepened further when he was asked if he’d seen Charlie yet.

“I want to see my son,” he cried, before breaking into sobs and burying his face in the chest of the male reporter standing next to him.

As more details comes too light, both of them need to go to jail for child endangerment and abuse.

Comment by Colette.M on June 28, 2014 at 4:22pm
I believe him until proven otherwise. Not everything is foul play..

Comment by lynz on June 27, 2014 at 4:05pm
This story is very weird. I'm gonna sit back and wait for the whole truth to prevail cuz I'm very suspicious of them all.

This dude is going to jail and then hell...him and his family.  his ass hear the news that his son was located and he still sitting there doing an interview. guilty.

I thought this guy was going to pass out last night when I saw him got the news. He look like he was having a heart attack or panic attack even. The way how Nancy Grace gave him the news, look like she was trying entrapment him to me. What white folks don’t get or will ever get is black folks respond and reacts to news differently. Some how they always want us to behave like them all emotional and crying all over the place balling for bloody murder, not going to happen. The stepmother is the culprit behind it all and she had help which I believe might be a lover but let’s wait and see, how this plays out.

Great news for the family and everyone !