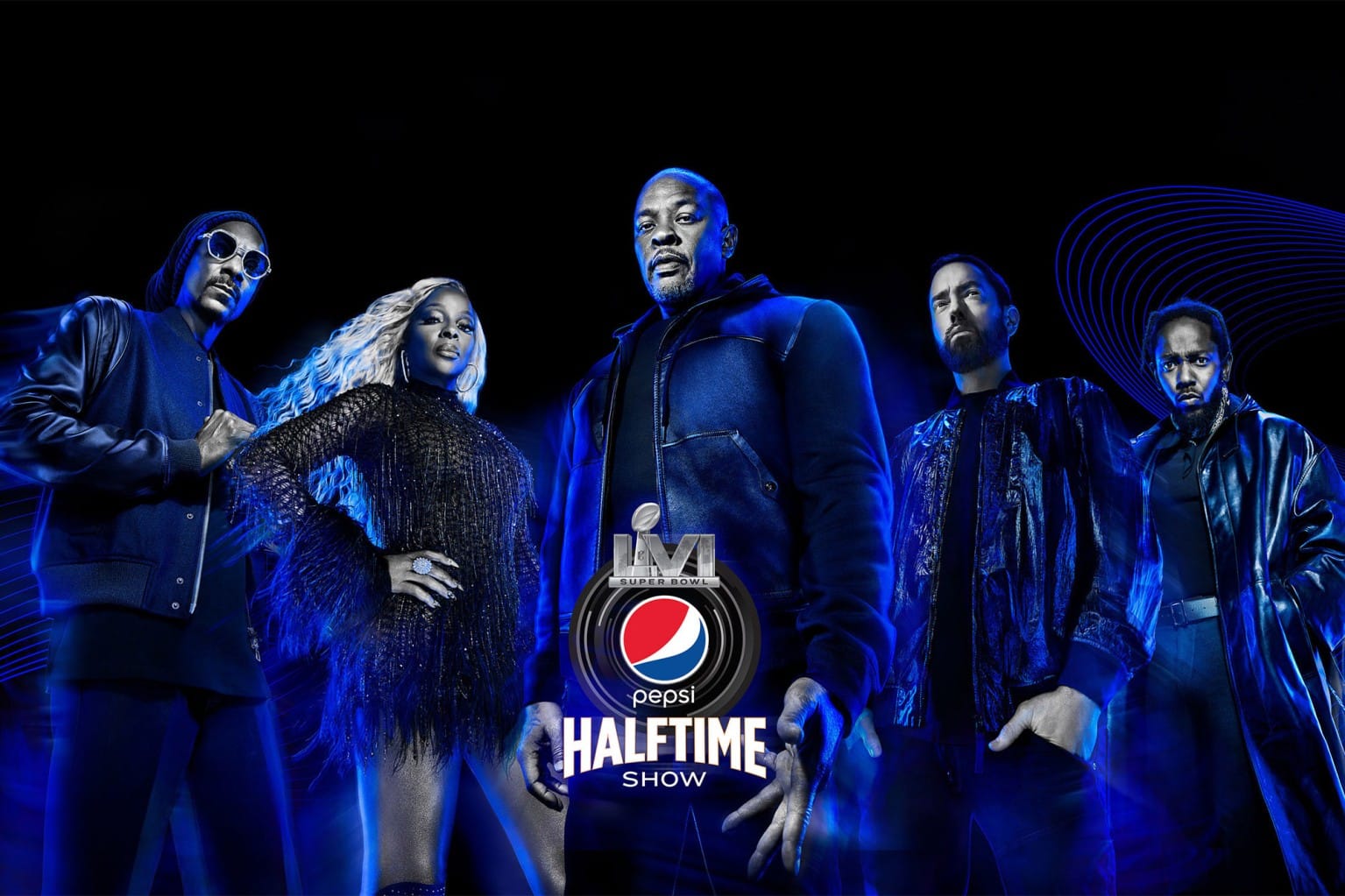 The epic teaser, titled The Call, begins by moving between each of the artists and their respective coasts. First, we see Eminem coming face-to-face with his rap persona, Slim Shady, mouthing the words to his hit single “Rap God” and Snoop driving in his hydraulic-enhanced 6-4,bouncing to his Dre-produced song “The Next Episode.” Then Blige gets out of her expensive ride to get her hair and makeup done while her Dre-produced hit “Family Affair” plays in the background. Lamar then rolls up on his bike, penning lyrics for his next album as his song “Humble” is heard. “Rap God” and “Humble” were released under Dre’s Aftermath shingle.

Each artist then gets a call from Dr. Dre to meet up at SoFi. Dre then walks along the beach, where a piano lays in the water. He eventually gathers with the four dispatched artists on a plane tarmac, as Dr. Dre and Tupac Shakur’s Dre-produced “California Love” plays in the background.

“Now that we are just weeks away from the most anticipated Pepsi Super Bowl Halftime Show performance of all time, we’re bringing fans closer to the magic of what will certainly be a colossal moment in pop culture history,” Todd Kaplan, VP of Marketing at Pepsi said in a statement.

The promo was scored by Adam Blackstone. Gray said in a statement: “Each time I collaborate with Dre, it seems to mark an important moment in entertainment history, from projects like ‘Friday,’ ‘Set It Off,’ ‘Straight Outta Compton,’ to now the Pepsi Super Bowl LVI Halftime Show. As a super fan, I consider it an honor and privilege to authentically build and create this moment with five of the most legendary artists in music history.”

I am a big fan of it.. not many though

Comment by mr1stroke on January 21, 2022 at 12:22am
I don't care for it, I do not support the Superbowl unless I am making money with the tools, the most racist league, but hey negros love it, they will tell you thanks giving is a white man's holiday, Christmas is a white man's holiday, they do not celebrate kwanzaa but they will sure take off from work to spend money on Superbowl