Lizzo Exposes Her Butt During NBA Game - Flirts With Players!!

The official video for “Good As Hell” by Lizzo.

First off, the singer wore a very revealing outfit to the game - which had a lot of children in attendance.

The pop singer wore a long t-shirt with the back cut out, exposing her butt cheeks.

The Laker's played against Lizzo's former home team the Minnesota Timberwolves. Lizzo gave a sartorial nod to another Minnesota icon, former mentor Prince, whose iconic assless pants worn at the 1991 VMAs will forever live in infamy. Putting her own spin on the look, Lizzo wore a black “Notorious B.I.G.” (or was it “L.I.Z.”?) t-shirt dress to LA’s Staples Center, with strategic cutouts exposing her own cheeks, covered in only a thong and fishnet stockings.

So Lizzo showed up to the Lakers game dressed like rakishi ?? For what reason

20.8K people are talking about this

Then during the game, Lizzo stood up and started twerking - right in front of a child:

Ummm ... FYI, Lizzo was not kicked out of the arena. #Lizzo #Lakers 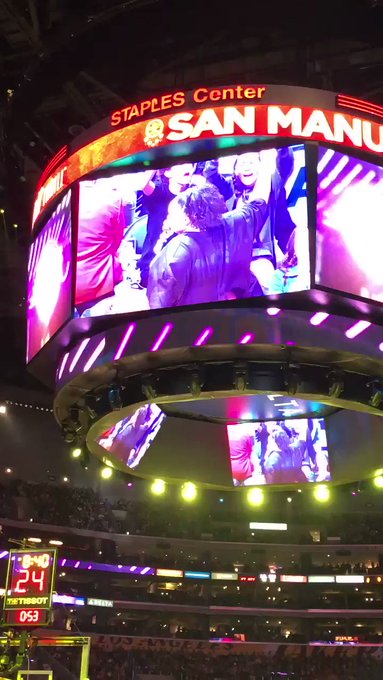 104 people are talking about this

And she appeared to be intoxicated. During a break in the game, the TV announcers interviewed her - and she shamelessly began flirting with one of the players, Minnesota Timberwolves' Karl Anthony Towns.

Lizzo likes some Karl-Anthony Towns. Quite a lot, in fact. 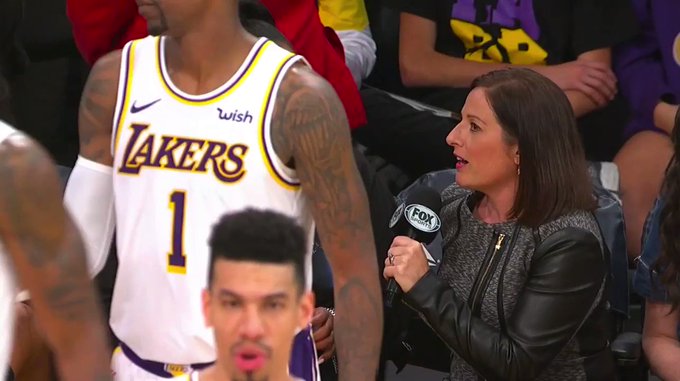 1,947 people are talking about this

Lizzo's behavior and outfit choice seems to be a direct violation of the NBA's official fan code of conduct which states:

Guests will enjoy the basketball experience free from disruptive behavior, including foul or abusive language and obscene gestures.

MTO News reached out to the NBA, to see whether they plan on taking any action against Lizzo. So far, we haven't heard back from the league.

Lizzo turned all the way up during her performance of her songs "Truth Hurts" and "Good As Hell" at the MTV VMAs.

The singer/ rapper rocked a corset-front trench coat, as she flaunted her curves and chugged back tequila on stage, as she removed her coat to show off her neon yellow bodysuit.

Her background dancers donned pants with the butt cheeks cut out, the entire ensemble as they showed off their moves in front of a huge inflatable butt!

Watch the full performance below.

Yap@ Jessy..Sad! When you’re truly gifted with talent like she is, she really don’t have to do anything more or less to stay valid. Just let your work speak for itself.

She responded to the backlash saying this is who she really is, she like to turn up and have fun where ever she goes So maybe she really do love this type of attention. Regardless, it’s not a good look. I need her to look at her actions from a psychological view point. She thinks it displays confidence but I beg to differ. More like the lack there of.

Comment by mr1stroke on December 12, 2019 at 1:27am
Being over weight is unhealthy there is nothing good about it, it does not look good, it carries heart disease, cholesterol, high blood pressure amongs many others, since every over weight people are insecure they will do anything to be accepted. Monique used to say skinny girl are evil and fat girls are beautiful and should love their selves, when she met her husband sydney who promoted good health she started losing weight, now every morning she streams her work out with trainer on youtube telling people to be healthy, why not just be healthy and dont have to impress others, just like gay people begging to be accepted

Smh! My father always told me to think of myself as the Queen who’s being entertained and not the entertainer. Showing your ass at a basketball game sis..?? Naaaaa! You being the clown they want you to be. Wise up.

Comment by S. Young on December 10, 2019 at 9:38pm
I try to like Lizzo but she keeps getting caught up in the pressure of this industry. She needs to stick to being herself.

Comment by E Peters on December 10, 2019 at 4:04pm
She is talented and she doesn’t need the antics to get noticed.

Comment by vaughn mitchell on December 10, 2019 at 1:25pm
Ratchet. She is talented, but she need to stop acting like a ratchet. There is nothing great about being fat, and flaunting it.

Comment by Nexus on August 28, 2019 at 11:58pm
Respect to this Sister, her skills and her positivity..Keep rising and shining..