Rumor has it: VYBZ KARTEL ESCAPE FROM PRISON LEAVING 1 GAURD DEAD! Is it TRUE or FALSE? 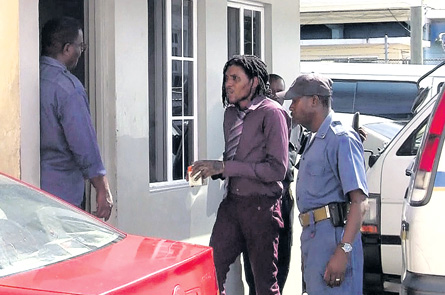 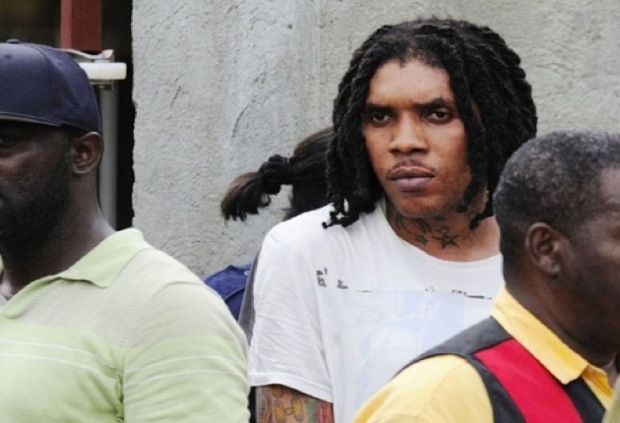 In the biggest prison escape in Jamaica history, on 30 November 2011 in Jamaica, at Horizon Adult Remand Centre on Spanish Town Road, its alleged that Dancehall star Vybz Kartel, who had been charged of offenses including several murders and ganja possession, escaped from the prison along with 7 other prisoners.

One prison officer died of a heart attack as a result of the escape and twelve others were injured, including two who were shot with guns that had been smuggled into the prison.

Shortly after 1:00 am, Vybz Kartel, whose given name is Adidja Palmer, took control of the jail holding the prison guards hostage at gunpoint. Some of the prisoners took the guards clothing and car keys in order to help with their escape.

The Police gave chase resulting in the capture of one of the prisoners.

At about 1:45 am, they eventually made their way to the prison maintenance pickup-truck which they used to escape from the prison ground.

The escape occurred during the slowest period of the night when there would be less surveillance of certain locations like the maintenance area.

News in the street is that the Force Commissioner, who heads the Criminal Investigations Branch, said that the artiste and the other escapees are now on the run and are listed as “Jamaica’s most wanted criminals.”

Palmer, who has been in custody since October 1, has been charged with murder, conspiracy to commit murder, and illegal possession of firearm arising from the death of Barrington Burton, a St Catherine businessman/promoter. Burton was shot and killed while standing with friends in Gregory Park, St Catherine, in July.

Also, Kartel along with fellow Portmore Empire artiste, Shawn Storm, his designer/booking agent, Calvin “Moonie” Haye and Cayro Jones appeared simultaneously in the Corporate Area Resident Magistrates Court. Each of the men was charged with murder in relation to the killing of Clive “Lizard” Williams in Havendale, St. Andrew this past August.

Persons seeing or knowing the whereabouts of any of the escapees including the deejay are asked to contact detectives at the Spanish Town Police Station, Kingfish at 811, Crime Stop at 311 or Police Control at 119.

This  story is all bull who are the reliable sources behind this ?the news media need to have to get their facts straight before they jump on the band wagon.If i did not hear Vybz Kartel's defense attorney live on Daved Levy Sunday night on WBLS 107.5 i probably would have fell for it.Thanks to Daved Levy for setting the record straight in getting to the bottom of this exciting drama when it comes to Vybz Kartel.I really do not know all the facts with his situation so am going to leave it up to the legal system to run its course.

Comment by Bombahdrop on December 5, 2011 at 5:13am
Just like a movie oh Lola let's hope he didn't go there. He is in enough trouble already.

STOP HATING EACH OTHER FOR MONEY.

Comment by Jane Doe on December 2, 2011 at 7:56am
What happened to Journalism and checking sources??? Bloggers put out a story and mainstream news outlets distribute it to the masses - smdh

This story must be false.At this point and time you would have a world wide Be On The Look Out (BOLO) for Mr Palmer.The CO'S,Police,and other agencys would have been mobilized as it was for "COKE Dudas" .

Dam! even if we were on his side, he's now suspect.

Comment by Cash Money on December 1, 2011 at 10:13pm
Maaaaaaan F#@k that thing and wharever going on with him he dont promote nothing good making mad yarde youths looking like f*** round de place De Bwoy deh A F** ... De whole a gaza bleach out like Madonna.....