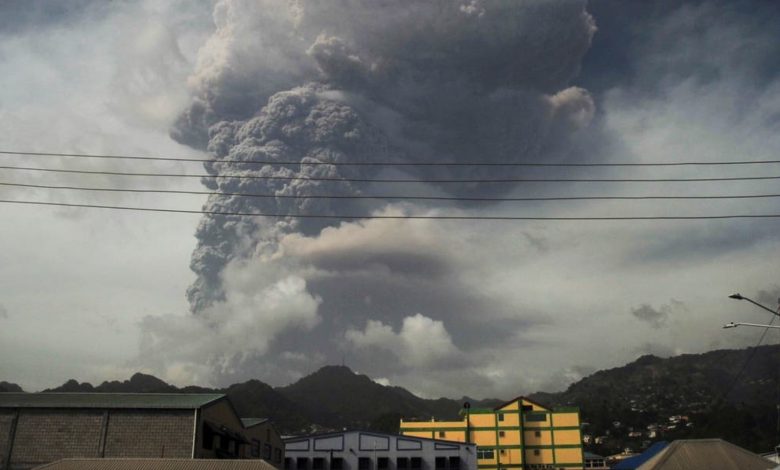 La Soufriere volcano erupted on the island of St Vincent on Friday, after about 16000 residents were evacuated from their homes.

The first explosion occurred yesterday in the morning after the Government had ordered mandatory evacuation because of the warnings that came from scientists who had noticed a type of seismic activity early Thursday morning which meant the magma was close to the surface and it was on the move.

They also warned that this activity can continue for days or weeks, and stated that the first bang was not necessarily the most powerful one the volcano will give. Plumes of ash was seen rising up to the skies.

Prime Minister Gonsalves told the people that it would be good if they could remain calm, protect themselves from Covid-19 and be patient. He was celebrating when there were no deaths to report after the explosion on the northern tip of the Caribbean island.

Neighbouring islands opened their borders to accept evacuees and cots, tents and respiratory masks were sent over.

As of Friday, four empty cruise ships floated nearby and 2000 persons were staying in 62 Government shelters. They were tested first and those who were positive were isolated in a centre.

The eastern Caribbean has 19 live volcanoes, the most active one is on the island of Montserrat which killed 19 people in 1997. La Soufriere erupted in 1979 after it exploded and killed 1600 people in 1902.

There are fears that agriculture will be badly affected and it could take up to 4 months for life to be normal on the island again.

Learn more from the video below. 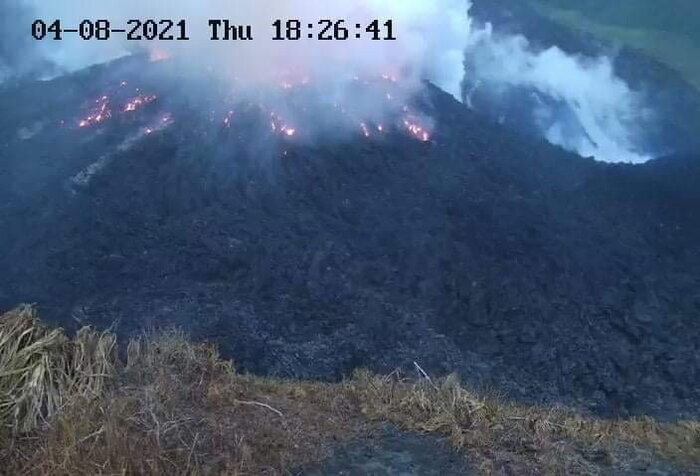 Smoke spews Thursday from the glowing dome of the La Soufrière volcano on St. Vincent.

University of the West Indies Seismic Research Centre via Reuters

A volcano on the eastern Caribbean island of St. Vincent has experienced an "explosive eruption," according to officials there, hours after increased activity at the mountain triggered a mandatory evacuation of nearby residents.

On Friday morning, St. Vincent's National Emergency Management Organization, or NEMO, announced in a tweet that the volcano, known as La Soufrière, had erupted hours after it began spewing ash and steam. There were no immediate reports of casualties from the eruption.

Social media posts of video taken by witnesses on the ground showed plumes of ash rising from the volcano.

On its Facebook page, NEMO said the eruption occurred at 8:40 a.m. local time.

"Ash plumes of up to 8 km [5 miles] were observed," it said. "Ash fall has been recorded at the Argyle International Airport."

"All persons in the red volcano hazard zone are asked to evacuate immediately," NEMO said.

St. Vincent and the Grenadines has a population of 110,000. While most live on the main island of St. Vincent around the capital of Kingstown, the population is spread over three dozen islands.

On Thursday afternoon, after days of increased seismic activity associated with La Soufrière volcano, emergency management officials raised the alert level to red, announcing a vessel had been "dispatched to the Leeward side of the island to move residents in the red zone who are in harm's way," the agency said in a tweet.

Residents were being evacuated from the northeast and northwest of the island effective immediately, St. Vincent and the Grenadines Prime Minister Ralph Gonsalves announced in a news conference Thursday.

Crowds of masked people were captured Thursday on cellphone video carrying backpacks and plastic bags containing what appear to be some of their belongings. Lines of cars were seen crowding a narrow road out of the danger area.

People would be boarded onto a Royal Caribbean cruise ship heading to the island, NEMO said, adding it was also coordinating removal efforts by land.

In a joint statement Thursday, Royal Caribbean and Celebrity Cruises said they were "sending ships to St. Vincent in the Caribbean to evacuate residents."

"Both cruise lines are working closely with St. Vincent authorities to assist residents most at risk. Royal Caribbean International's Serenade of the Seas and Celebrity Cruises' Celebrity Reflection are on their way to the island nation and are expected to arrive later this evening to assist with evacuation efforts," according to the statement, adding that precautions would be taken "to protect the health and safety of the crew and passengers who board our ships." 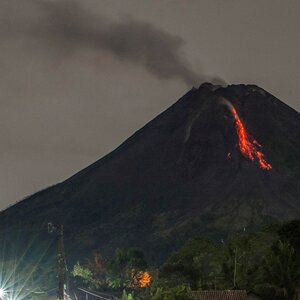 Gonsalves said people who wish to board a rescue cruise ship or who are granted temporary refuge on any nearby islands will have to be vaccinated.

The neighboring islands of St. Lucia and Grenada, as well as Barbados and Antigua, have agreed to take refugees from St. Vincent, according to the AP.

An estimated 16,000 residents live in the red zone and will have to be removed, Erouscilla Joseph, director of the University of the West Indies Seismic Research Centre, told The Associated Press.

In a telephone interview with the AP, Joseph said heavy ash fall was reported in communities around the volcano and that "more explosions could occur."

In the coastal town of Barrouallie, about 9 miles from the volcano, evacuees made their way toward shelters carrying their belongings in backpacks, duffel bags and shopping bags, the AP reported. Some expected to board the cruise ships or to take up offers of refuge on neighboring islands.

Jamaican opposition leader Mark Golding tweeted late Thursday that he'd spoken with Gonsalves and that they had discussed the "serious challenges ahead" for St. Vincent. Golding said his country "must assist as best we can to help our Vincentian family get through this!" 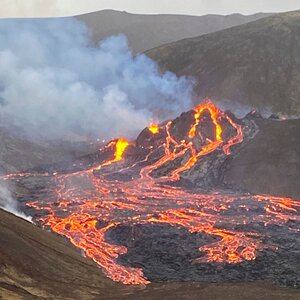 La Soufrière, which means "sulfur outlet" in French, last erupted in 1979, the same year the island chain, known officially as St. Vincent and the Grenadines, gained independence from the United Kingdom. The eruption lasted weeks, generating ash falls, pyroclastic flows and mudflows, according to the Seismic Research Centre. However, prior warning of the eruption allowed an evacuation that prevented any casualties.

The eastern Caribbean is an area of heightened seismic and volcanic activity. Beginning in 1995 and continuing for several years, volcanic eruptions on Montserrat forced most of the population to abandon the island permanently.

An eruption of Martinique's Mount Pelée in 1902 wiped out the town of St. Pierre, killing an estimated 29,000 people. It remains among the deadliest volcanic eruptions in history.

Near the southern tip of the Grenadines chain, another undersea volcano, known as Kick 'Em Jenny, has been active in recent years.

Nature at its finest. Praying for the people on the island survival. SELAH