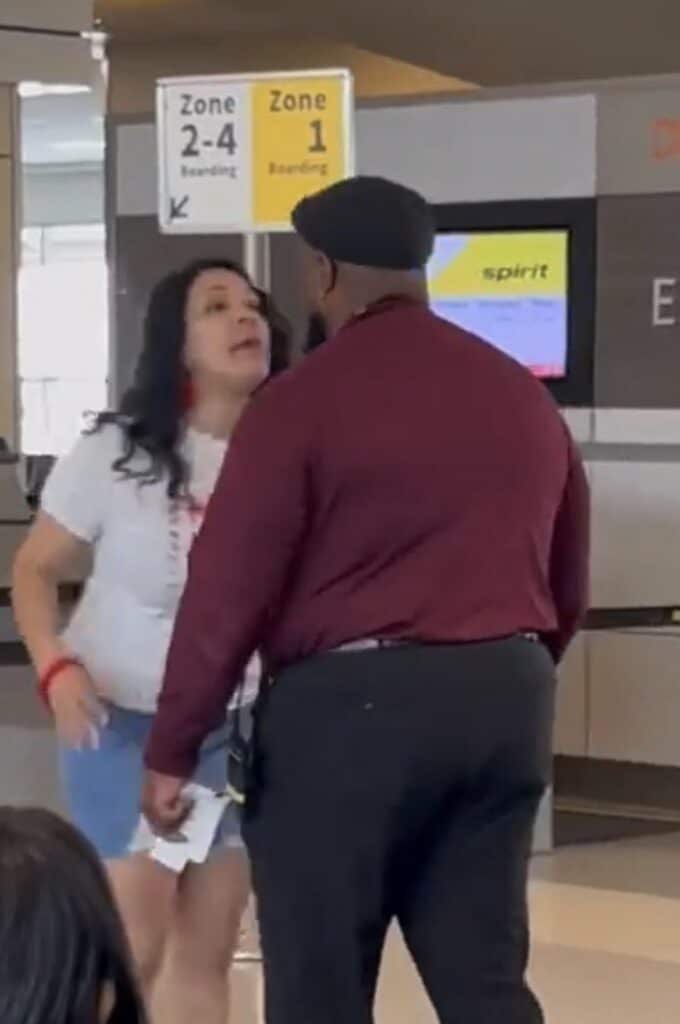 A Spirit Airlines employee was caught on camera being attacked by a seemingly unruly passenger inside DFW International Airport on Thursday. The violent confrontation apparently started over an issue with seating on a flight, Fox 4 News reports. Video shows the woman yelling homophobic slurs at the Black male staffer, and hitting him multiple times. Professional photographer Thomas Shannon was nearby when he heard the commotion and sprang into action to record the scene.

“I am at the Panda Express, and we hear yelling, and I drop my food. And my instinct is to pull out the camera and start recording,” recalled Shannon, who shared his footage on social media.

According to a DFW Airport police incident report released Friday, the female passenger was from Fort Worth and became angry during the boarding process, per the report.

Here’s more from the report:

The Spirit employee told the airport police the woman got off a plane complaining there wasn’t a seat for her. He said he asked the woman to get in line with the gate agent, but witnesses said the woman cut in front of others and became uncooperative.

Video shows the woman reaching around the other passenger a few times, hitting the employee in the face. That’s when the Spirit employee rushed her. They both fell to the ground.

The employee is seen in the footage defending himself by physically assaulting the woman.

The woman told police the employee pushed her for no reason before the cameras started recording. There was no security at the scene at the time of the incident. Once DFW Airport police arrived, the pair were questioned and allowed to leave. No one was arrested. The initial police report listed the woman as the aggressor, according to multiple outlets.

She had to make it to hot girl summer in get toe island lol.

Comment by vaughn mitchell on August 16, 2022 at 3:40pm
He tackled her fat ass. Lol, of course he would get suspended, I wonder if she call him the N word.