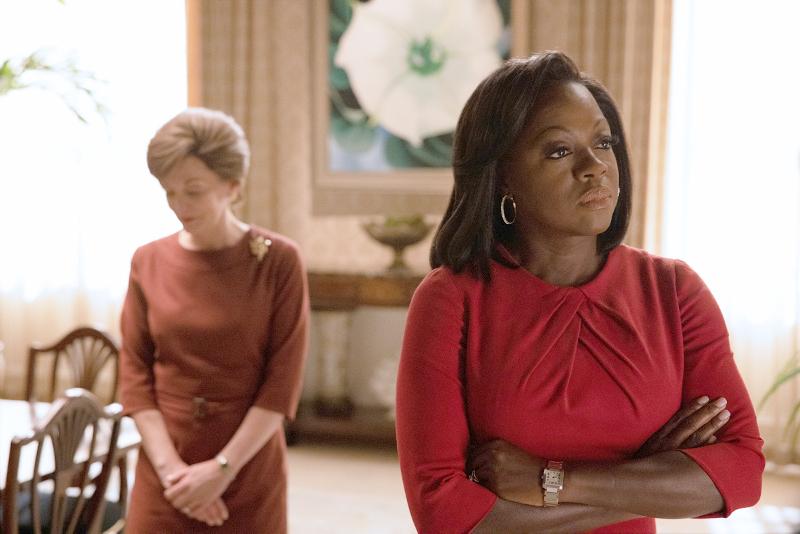 Viola Davis is aware that not everyone loves her portrayal of Michelle Obama in the Showtime series, “The First Lady.”

She told BBC News that it is “incredibly hurtful when people say negative things about your work” but comes with the territory.

“How do you move on from the hurt, from failure?” she said. “But you have to. Not everything is going to be an awards-worthy performance.”

Some on social media have criticized Davis for her performance, focusing on what they viewed as her exaggerated facial expressions.

Davis told the media outlet that “Critics absolutely serve no purpose. And I’m not saying that to be nasty either.

She said those critics feel like “you’re surrounded by people who lie to you and ‘I’m going to be the person that leans in and tells you the truth'” which allows them to be “cruel.”

“But ultimately I feel like it is my job as a leader to make bold choices,” Davis said. “Win or fail it is my duty to do that.”

“The First Lady” also stars Michelle Pfeiffer as Betty Ford and Gillian Anderson as Eleanor Roosevelt. It delves into the lives of the former first ladies.

This is an astoundingly shocking post and the way wherein you express your all post subtleties that is everything viewed as OK.

Comment by Laurie Zotter on April 27, 2022 at 9:22pm
orderTramadol can thus conclude that oral Tramadol For Sale Online is safe, effective, and comparable to ibuprofen as an analgesic for relieving pain in the postoperative period in patients undergoing operations in the lower abdomen. The need for rescue medication for breakthrough pain may be less with Tramadol Buy Online.
You can try non-opioid alternatives for pain relief such as ibuprofen (Advil or Motrin), acetaminophen (Tylenol), and naproxen (Aleve), but each has daily limits that you should not exceed. You should NOT use Tramadol No Prescriptions if you have severe asthma or breathing (respiratory depression) or lung problems, a bowel blockage or narrowing, or an allergy to Tramadol on line no prescription. Also, do not use Tramadol Without Prescription if you have taken a monoamine oxidase inhibitor (MAOI). A type of drug for depression, in the last 14 days.