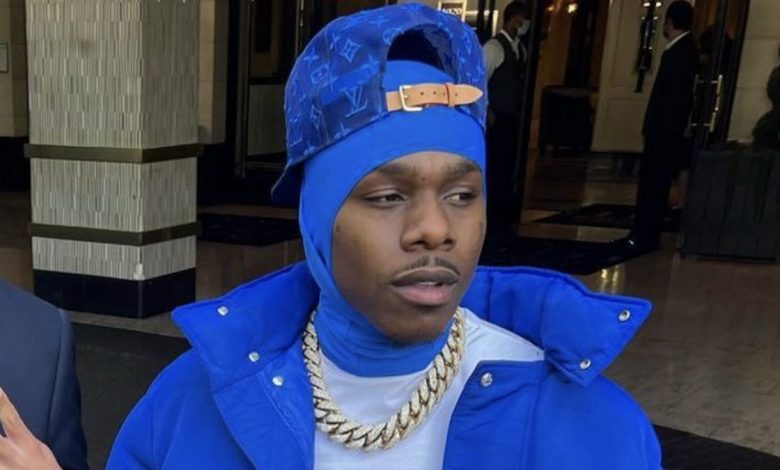 The matter concerning the shooting that took place in a North Carolina Walmart in the year 2018 by the hands of rapper Dababy has resurfaced again as the Rolling Stone website recently uploaded a video showing the incident.

In the video, it could be seen where Dababy appeared after he was said to have been confronted by Craig and an associate by the name of Henry Douglas. Afterwards, the rapper who was dressed in a blue hoodie then ran toward Douglas when a tussle ensued which his friend tried to part while appearing to want to draw his gun twice in the video.

From another angle of the camera, it shows where the entertainer whose real name is Jonathan Lyndale Kirk continued the struggle with Douglas even with his baby mother there. The scene of the video then switches to a point where the rapper was seen with a gun in his right hand which he appeared to have fired off but since no sound is associated with the video no shots were heard. The moment at which the 19-year old received the shot was also not seen in the footage.

Where the incident is concerned, Dababy did comment publicly on the matter via social media just a few days after the incident had occurred making it known that if he did not do what he did his family could have gotten hit.

As for the family of Jaylin Craig, according to XXL who published a version of the story, they have a very hard time listening to the radio since all they can hear is the voice of the rapper which brings back memories of what happened to Jaylin. The reports from XXL as per Craig’s family’s opinion on the matter stated that they have been trying to get someone to look into the case for them but their efforts have proven to be futile.

Ultimately the case concerning the concealed weapon was dropped against Dababy but the entertainer was eventually hit with 12 months of unsupervised probation in the year 2019 with 30 days of a suspended jail sentence.

Since the resurfacing of the video, Dababy has made comments via his social media about the issue by stating in a tweet “The niggas preying on me can’t f*** wit the people praying for me!” while posting the popular crying video of singer Tyrese crying with a caption that went “No disrespect to my boy Tyrese man but what y’all niggas got goin on bruh??” #WhatMoreDoYouWANTfromMEEEEE? Somebody behind the scenes on my ass ain’t it ?”. 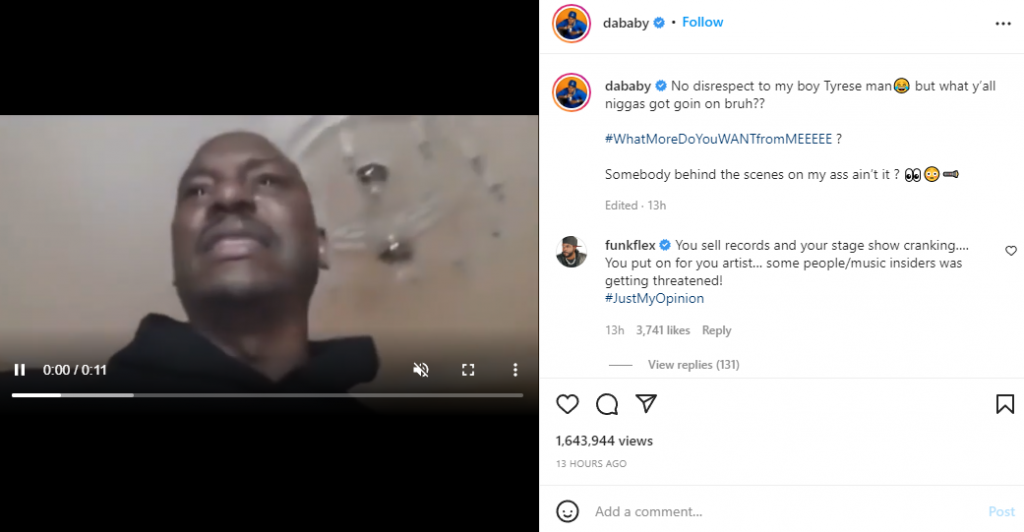 
Watch footage of Dababy shooting a man in Walmart below.

The shooting incident resulted in the life of a 19-year-old man by the name of Jaylin Craig being taken however, in consequence of the matter, the rapper was only charged for carrying a concealed weapon he did not have a permit for but was never tried for the death of the young man.

Not a good thing..

Da Dumb Thug, he must have been there to buy his donkey milk and his pampers for his sagging pants.