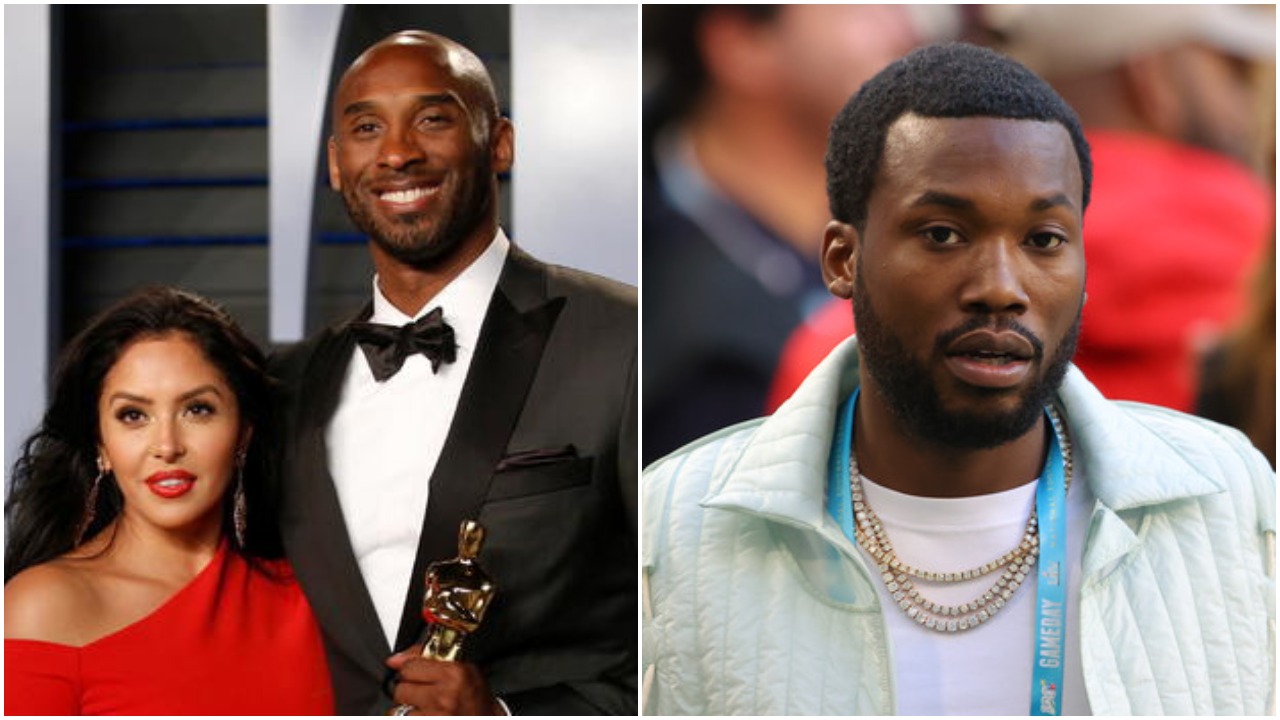 Vanessa Bryant has responded to Meek Mill’s insensitive lyric about Kobe which appeared to reference the Jan. 26, 2020 helicopter crash that killed the NBA star, his 13-year-old daughter Gianna and seven others.

On Feb. 17, the lyrics to an unreleased song from the rapper leaked online and Kobe fans are not happy about this particular line: “Yeah, and if I ever lack, I’m goin’ out with my chopper, it by another Kobe.”

Many found the lyric insensitive. However, Meek disagreed, calling those who feel some way about it “zombies” that need to “wake up.”

“Dear @meekmill, I find this line to be extremely insensitive and disrespectful. Period,” she wrote on her IG Stories. “I am not familiar with any of your music, but I believe you can do better that this. If you are a fan, fine, there’s a better way to show your admiration for my husband. This lacks respect and tact.” Check out her post below. 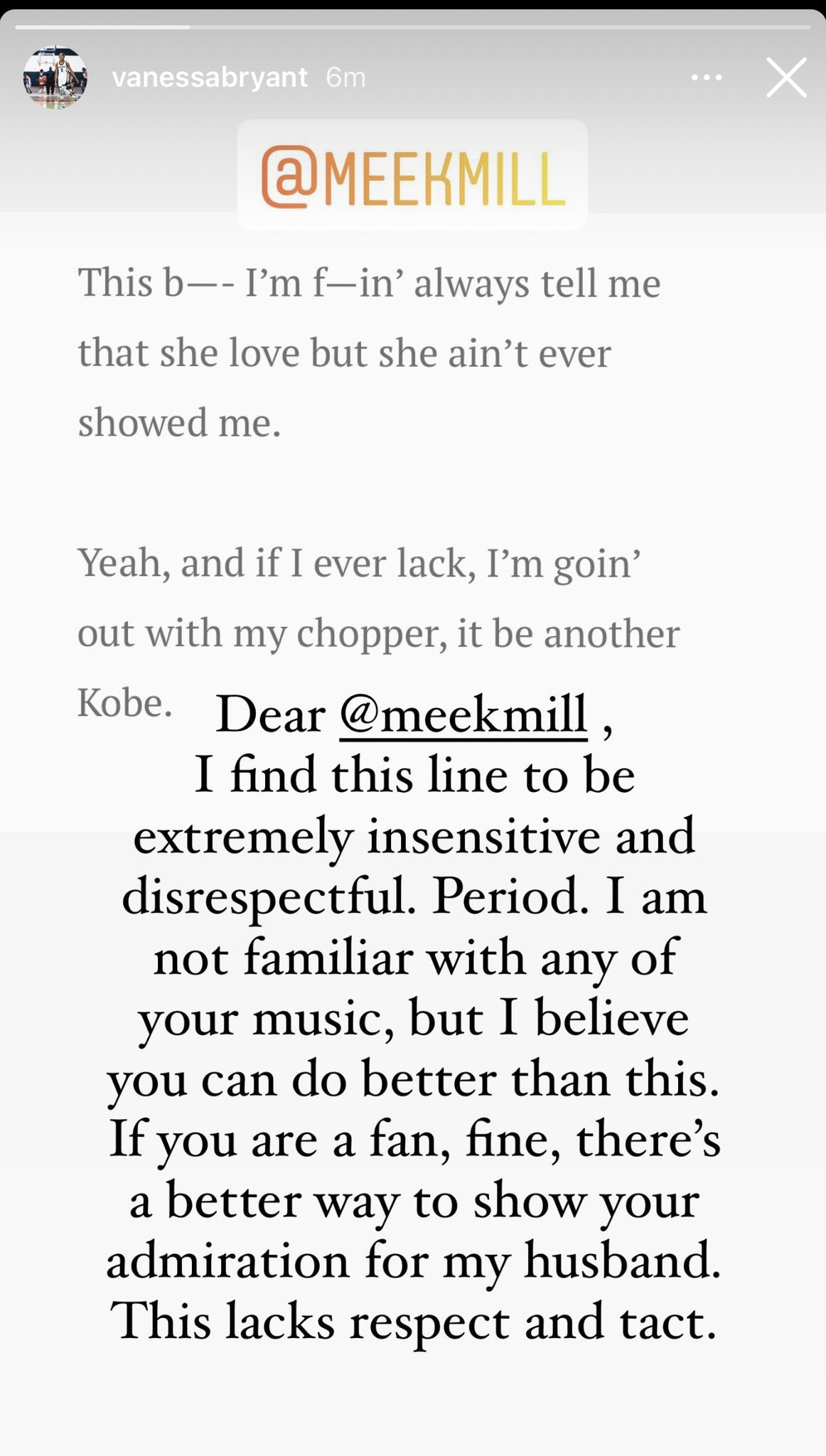 Not long after Vanessa posted the message did Meek take to Twitter to write, “I’m going back savage in this s*** … f#%k ya feelings!” He continued with more tweets, writing, “Ion trust people gotta play it raw ……” and “Head taps for n#%ga tryna pull my card!”
It’s unclear if the tweets were in response to Vanessa’s message. But he later noted in a separate post that he apologized to Kobe’s widow privately.

“In my opinion it was disrespectful and distasteful. A lot of people died in that accident and a lot of people are still torn up. Some people just don’t understand that it’s inappropriate,” one Twitter user responded to a tweet Thursday from Meek that read: “Somebody promo a narrative and y’all follow it…. y’all internet antics cannot stop me …. s–t like zombie land or something! Lol,” he wrote in response to the backlash the received over the lyric.
“Children died in that helicopter meek, u bring this on yourself,” another commented on the leaked song.

In a separate tweet on Thursday, Meek wrote, “They paying to influence y’all now… its almost like mind control ‘wake up.”