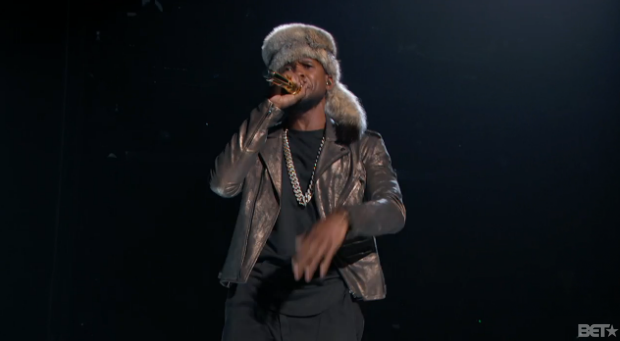 In just less than eight minutes R&B superstar Usher managed to pack in a large majority of his hits during a show stopping medley at the 2014 BET Awards on Sunday, June 29. Watch Usher command the stage below. Video of the Year

@CeeCee you not having it huh. Lol……I think RiRi should take a page out of Trina’s playbook, and have nothing to do with the BET awards.

Comment by Anthony Phoenix on June 30, 2014 at 3:03pm
I'm surprised I even tried to read this story after what he did to Riri. I believe he is one of the biggest jerk in this world since he hurt Rihanna a couple of years ago. That's all I have to say on this story for now!

Since I don't care for today's music, I didn't watch the awards but my honey bun and I had a disagreement about it because he wanted to watch it and I didn't...in the end, I DVR'd it for him and he can watch it when he wants...as long as I am either sleep or at work!