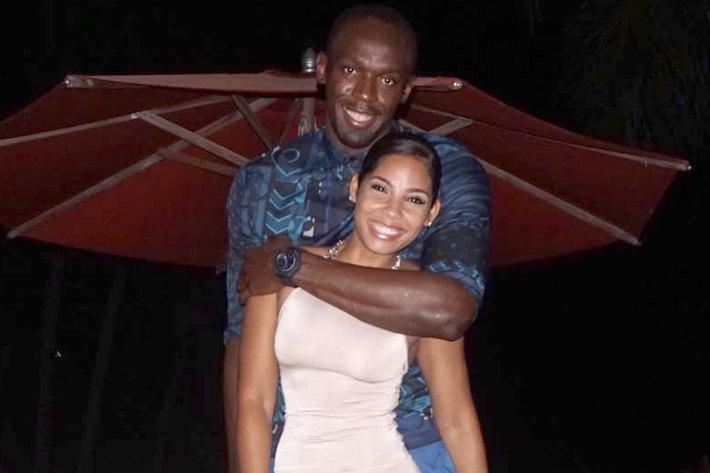 Olympic gold medalist and one-time world’s fastest man Usain Bolt took no chances when naming his newborn daughter. Along with the championship genes he passed on, the Jamaican athlete made sure his baby girl had the right name to go along with them.

“I want to wish my gf @kasi.b a happy birthday and To let u know I am happy I get to spend ur special day with u. I want nothing but happiness for u and will continue to doing my best keeping a smile on ur face,” he posted.

“Now we have started a new chapter together with our daughter Olympia Lightning Bolt I look forward to what the future will bring for us but be reassured that I will be the ROCK for this family. I Love you and happy 21th birthday.”

The couple shared a lavish gender reveal party back in March that appeared to be held in their native Jamaica with the support of family and friends.


If that weren’t enough, the baby girl’s arrival was announced to the world On May 18 by none other than the Prime minister of Jamaica, Andrew Holness.

Congratulations to our sprint legend Usain Bolt (@usainbolt) and Kasi Bennett on the arrival of their baby girl! pic.twitter.com/bheXPgU7Qd


The 6’5, 33-year-old Bolt won 8 gold medals for Jamaica in the 100M and 200M sprints and relays across three Olympic games, from Beijing in 2008 to Rio de Janeiro in 2016. Along the way, he became one of the most popular Olympians of all time. In 2018, he founded an electric scooter company, Bolt Mobility.

And yes, Bolt is not the only Olympian who chose the name for their firstborn daughter. Serena Williams, the four-time Olympic gold medalist also has a daughter named Olympia.

Hey, its a great new which was wrote by such writer as essay writers in this

service. They help all students with their work to save time for this forum