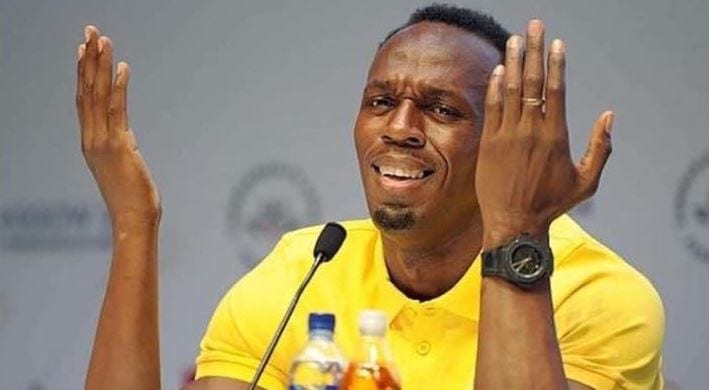 Usain Bolt recently made a post on his Instagram speaking up about the Dancehall/Reggae music space, not supporting him and even though some people supported him others made fun of him about his comments.

In his post, he wrote about himself making contributions to Sports, cuisine, finance, tourism, Agriculture, commerce/technology, employment, and security with no problem however when he contributes to Dancehall/Reggae it is a problem.

Some fans already have it to think that what the former Sprinter is experiencing at this time are the after-effects that came with disrespecting Alkaline, in 2015 by interrupting selector, Boom Boom from playing his song, and rereferred to him as an imitation of Vybz Kartel.

In the comment section of the post, fans were letting Bolt know that he should continue doing music as the Dancehall industry, is filled with haters.

One fan by the name of a1boss_heartoflove said, however, “He is not contributing to dancehall or reggae he’s trying to be artists (sic) contribution is built a studio and help some youth with real talents, not u and your best friend trying to sing song and sound like idiots. Help the real young artist that’s contributing,”.

Another commenter by the name of sofieb_a_z said “Cause you rich already……music is fi poor ghetto youths get rich” suggesting that the Dancehall territory is not for him.

The Alkaline supporters however are sticking to their point that it was the disrespect to the young artiste in 2015, that fueled the rejection of Bolt from the Dancehall space.

Usain Bolt has also made an effort to be an artiste himself, including his best friend NJ in his endeavours however, in that direction he has also met harsh criticisms.

For his ” Living the dream” single done with NJ as the singer, he was called out by the “Unruly Boss” Popcaan to help youths with talent as his best friend was not cutting it.

Check out his post below, the video was tagged with the questions. 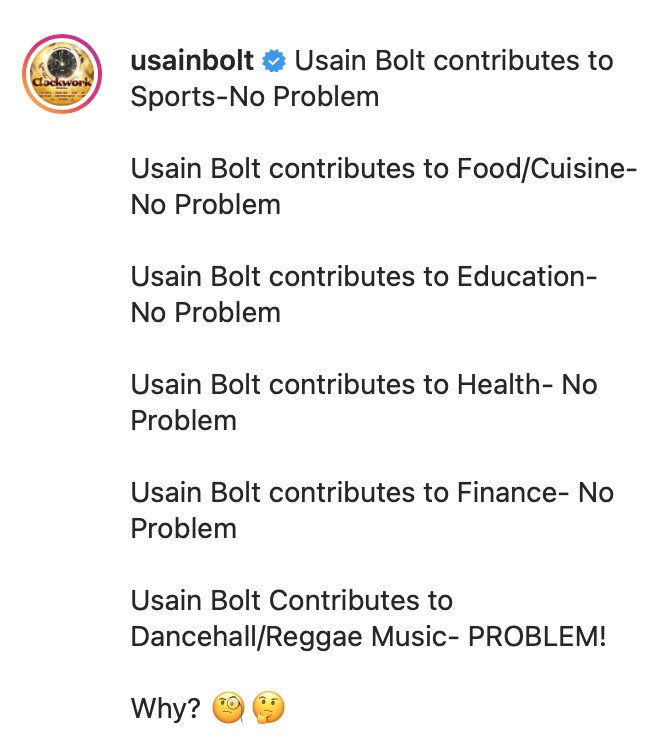