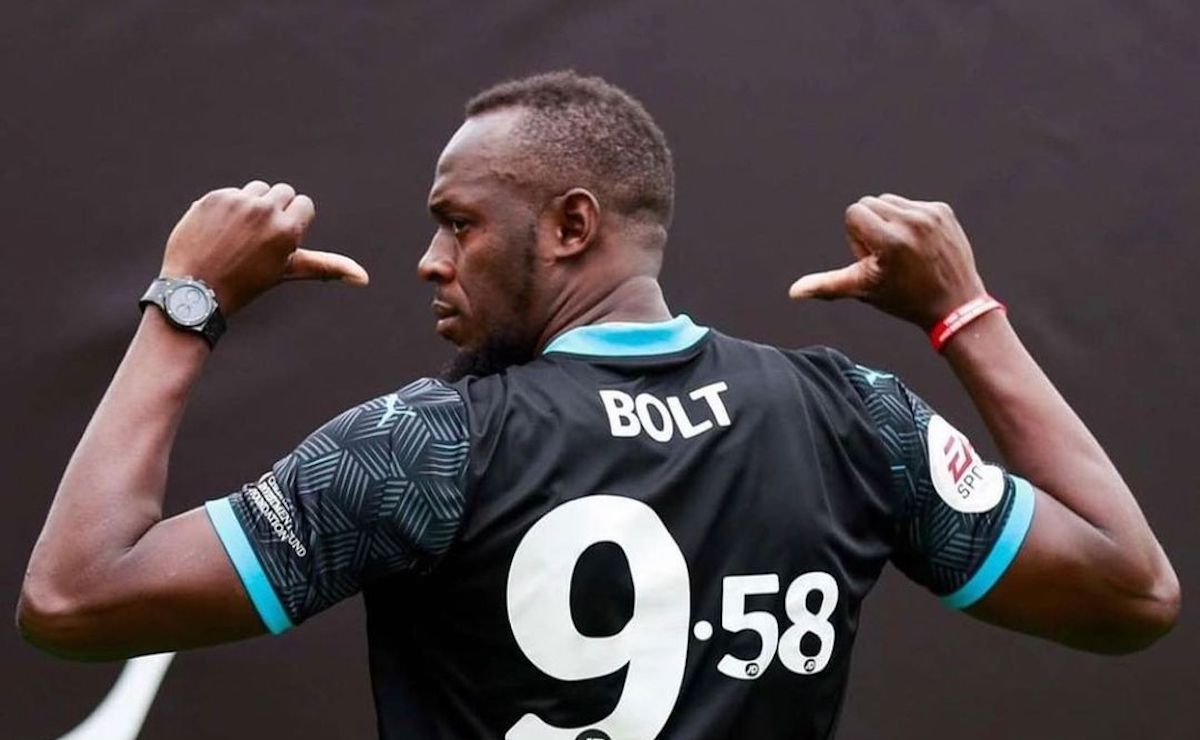 Usain Bolt calls for more unity in the reggae/dancehall music space amid success of his debut album with NJ, Country Yutes.
The fastest man on the planet, Usain Bolt might be new to the dancehall arena as a producer, but he is already calling for unity in the genre. In a lengthy Instagram post, Bolt made his feelings known and explained why he felt that there is a lot more work to be done to bring all the major players in dancehall together.
The “Need Your Love” singer started by saying a big problem within the industry is that after all the hype surrounding an artist fades, the common narrative is that nothing good is happening in the genre.

“If everyone keeps pushing that narrative about the music then what we expect the world to say,” he added. This negativity must be stamped out because there is a lot of positive things happening within the genre, even though he did admit that much more can be done to bring some sort of structure to dancehall.

For it to go forward, the positives must be highlighted, Usain Bolt added.

“However it’s full time we highlight more of the positives & the progress of music as the artists/producers continues to push the envelope of the genre,” he said.

Some steps in the right direction must have been taken since so many artists around the world are now infusing dancehall into their music, he continued. Usain Bolt thinks that dancehall and reggae have never been sampled so much as is being done now. His advice is to “capitalize & secure your bag to, not bash it.”

Additionally, many artists from Jamaica are flying the flag internationally just like the athletes of the island, which is another positive thing that should be focused on. “Jamaican Athletes & Artists are the two greatest promoters of brand Jamaica. Let nobody tell you anything different,” he said.

Bolt, who recently released his debut album, Country Yutes, added that he does understand the nostalgia for dancehall from back in the day, but it is time to ensure that the new generation develops an appreciation for the genre by appreciating the artists currently in the market.

He also said that it was amazing what dancehall has been able to achieve even though it forms such a small part of the overall music industry. “The research says the genre of dancehall music is only 6% of the market. Yes ppl only 6%. But still Look at the impact the music is having on the world,” he said.

Usain Bolt also had suggestions of how to advance dancehall. For one thing, he suggested that instead of a few artists focusing on just doing well on the local level, like by selling out clubs, maybe about ten acts could come together and start touring together. He suggested that a tour like this could try to reach a broader market by using international arenas like O2, MSG, and the Staples Center.

“What’s better 100% of 10$ or 10% of 1 million? (FYI- Nothing is wrong with healthy competition & being the baddest artist/ lyricist/ Dancer etc It’s this competitive juice that brings out the best in all facet of life,” he added.

Usain Bolt’s resounding message was that there is power in unity, and he urged artists, producers, and fans alike to stop talking and get more practice about advancing the genre.

“PS (Unnu don’t have to listen to me. Just know I’m out here in this world & seeing how people respond happily when they hear our music. Them love it and want more me a tell Unnu,” he added.