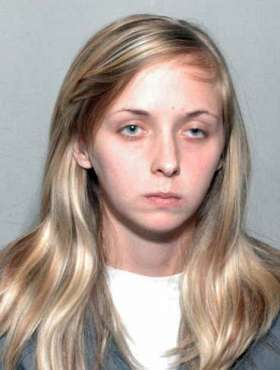 A Florida woman, angry because her baby's crying was interrupting her game of Farmville on Facebook, has pleaded guilty to murder after shaking the infant to death, a newspaper reported Thursday.

Alexandra V. Tobias, 22, was arrested after the January death of 3-month-old Dylan Lee Edmondson. She told investigators she became angry because the baby was crying while she was playing a computer game called FarmVille on the Facebook social-networking website.

According to the Florida Times-Union, "Tobias told investigators that she shook the baby, smoked a cigarette to compose herself and then shook him again. She said the baby may have hit his head during the shaking."

A judge heard Tobias's plea on Wednesday and will issue her sentence at a December hearing. Tobias could face the rest of her life behind bars, the Times-Union reports.

There have been several instances in which authorities believe children suffered due to their parents' unhealthy gaming habits. Earlier this year, a Korean couple was convicted of letting their child starve to death while they raised a virtual baby online. In September, a mother was banned from using computers after her she neglected her children and let the family dogs starve because of her "obsession" with a game.

Comment by Li Baptiste on November 1, 2010 at 10:54am
I hope when it comes to meal time, the guards forget to let her into the dining room because THEY are too busy playing a game.

Comment by VonsinaWilliams on October 31, 2010 at 10:47pm
Maybe the judge should shake her, Bad mom bad mon

Comment by VonsinaWilliams on October 31, 2010 at 10:46pm
Maybe the judge should shake her. Bad mom Bad mom

Comment by Noble Empress Kazz Haneef El Bey on October 31, 2010 at 8:29pm
oh my goddess! these people need some help! these video games are not that serious. geesh!