US Navy sailor, 26, 'shot and killed fellow seaman he caught having sex with his wife after he walked in on them at the couple's Virginia Beach home': Asked cops 'what am I doing wrong?' 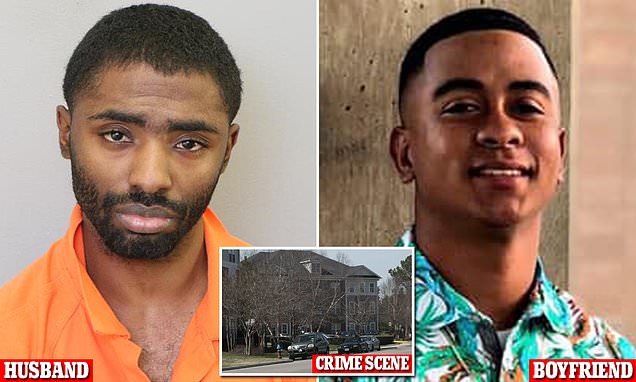 A sailor in the US Navy is alleged to have shot dead his wife's lover after he caught the two of them having sex in the couple's marital bed at their home in Virginia.

Tyler Lamar Jenkins, 26, was charged with second-degree murder in Friday's fatal shooting of Timothy Paul Talley III, 28 in Virginia Beach. His wife, who has not been named, was left unharmed.

She told police that she 'feared for her life' when Jenkins came into the bedroom where she was 'engaged in a sexual act' with her lover, who was an aviation machinist's mate in the Navy.

It led to her husband firing at Talley almost immediately, court documents as seen by the Virginian-Pilot state. 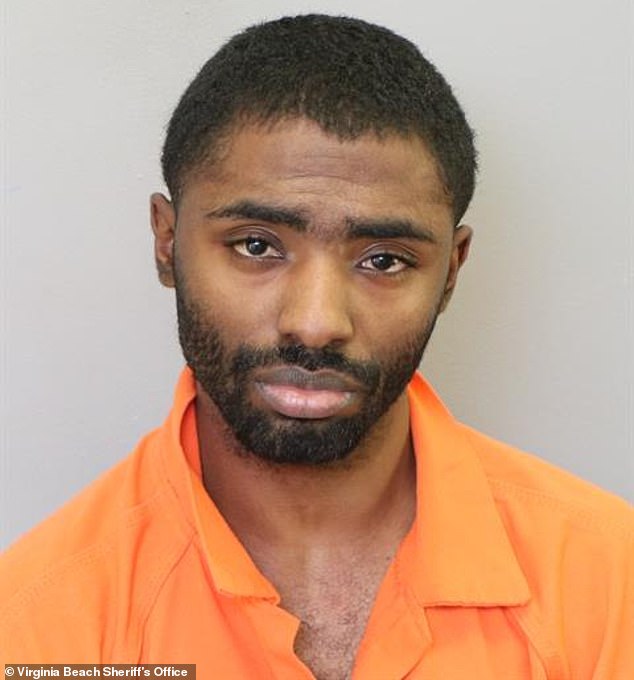 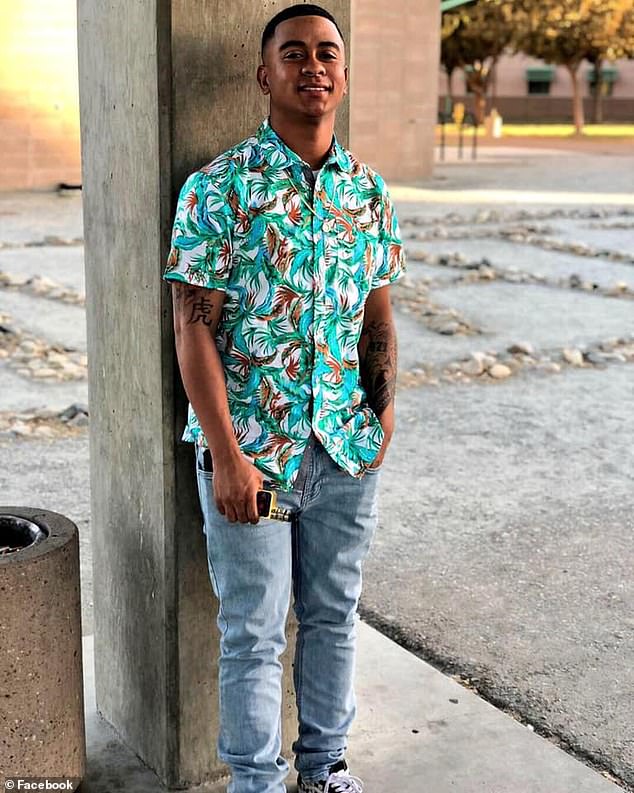 Timothy Paul Talley III, 28, was shot three times having been caught in bed with Jenkins' wife 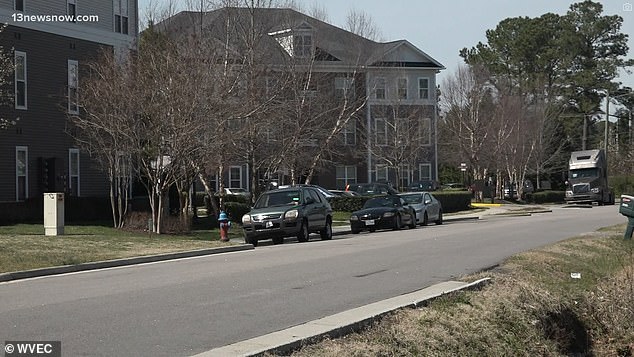 Talley, who is originally from California was hit three times in the 'domestic related shooting death' just before 10pm, and was pronounced dead at the scene.

Jenkins was taken into custody at his home in the 4800 block of Crystalline Place in Virginia Beach, when police showed up having been summoned by his wife.

'What am I doing wrong?' Jenkins is said to have asked  as police led him away, explaining that someone had been having sex with his wife in his house.

Jenkins admitted to the shooting with police finding the gun that he used, at the home.

Investigators have not revealed an official motive for shooting, nor is it clear whether the two men knew one another.  It is unclear if Jenkins' wife is also in the Navy.

Jenkins had been serving in the Navy since 2014. He was arraigned on Monday and is being held without bond and is set to appear in court next on May 12. 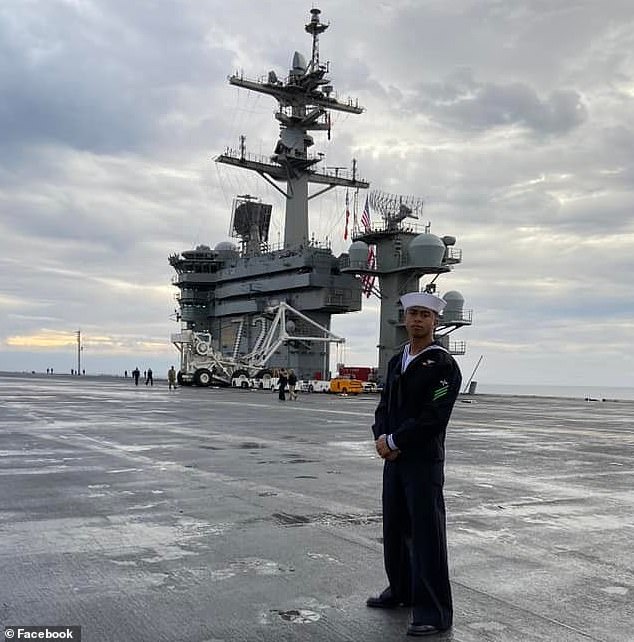 Talley is pictured on the deck of an aircraft carrier. It is not known if the men knew one another 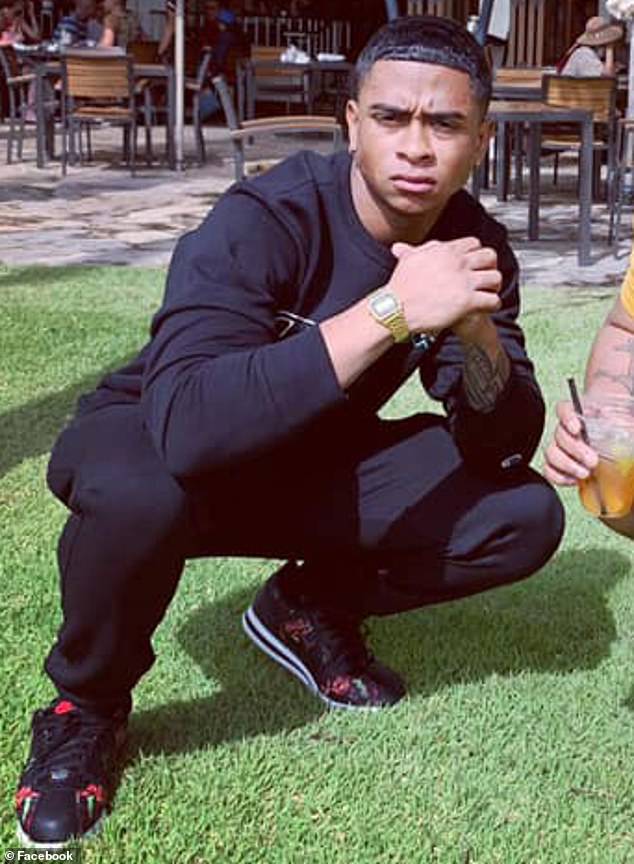 Investigators have not revealed an official motive for shooting which left Tally, pictured, dead

Comment by Sheldine Forde on March 17, 2022 at 1:00am
Not sure why he shot the man, he should have s*** the woman. The man could not have been there if it wasn't for his dumb ass wife, who claimed she was afraid of how her husband acted. Girl bye. If you weren't being a dirty unfaithful thot, you would not have to be afraid. She wasn't afraid when she was getting that D though.

Well, that is the price to pay for irristible Salt Fish. You heard what The Might Sparrow said about Salt Fish; he said all Salt Fish Sweet.  When you got to have it; you also have to be willing to deal with any consequences.

Comment by vaughn mitchell on March 16, 2022 at 9:29pm
He should have shot both of them. She cheating on her husband, wtf, she think would happen if he find out? And pretty Ricky, F-ing another man's wife, in their bed. Dumb ass. He was down with OPP, and his ratchet ass is dead.

In the world that we live in.....the wife is totally blameless.

What about his wife.....she's to be blamed also