Update: No Need To Panic Westerners, Turns Out Zodiac Change Doesn't Affect You!! Sign Of The Times? Earth's Rotation Creates 13th Zodiac Sign...Move over Sagittarius & Capricorn, You are Now Ophiuchu 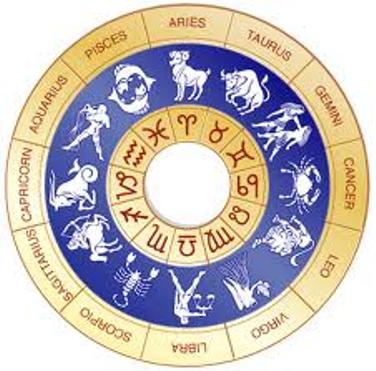 And so is the sign of your lover, mother and best friend - unless you follow the Eastern philosophy of astrology.

Horoscope followers had a bit of a scare last week when one Minneapolis astrologer suggested that the Earth's movement has shifted the stars' alignment about a month.

Astrology follows two main systems: the Eastern Vedic astrology philosophy and the Western zodiac system that we read about every day in the Daily News.

About 3,000 years ago, when astrology began, the 12 star signs were aligned to the different periods of the year, and both systems had the same starting point for each of the signs.

Western astrology is based on our relationship to the Sun. It is calculated on the position of the Sun's rays to the tropics, and the signs are fixed to the seasons.

The zodiac starts in the sign of Aries at the beginning of spring, or the vernal equinox - at the end of March in the Northern Hemisphere - when the Sun crosses directly over the Earth's equator.

For those who follow the Western system, your star sign stays the same and has all the same irresistible and irritating traits.

Eastern astrology, on the other hand, is based on our relationship to the stars. It is calculated based on the position of the stars, and over a period of time, the Earth has moved enough to allow another constellation to feature in the mix.

This adds an additional sign, called Ophiuchus, which makes 13 signs in total - and for those who follow this system, it changes the dates of the remaining 12 signs.

For those who treat astrology as a bit of fun, if you don't like your reading from the Western zodiac system, you can hop over to the East and see what Vedic astrology predicts.

But for those who have grown to love their star signs, nothing has to change. 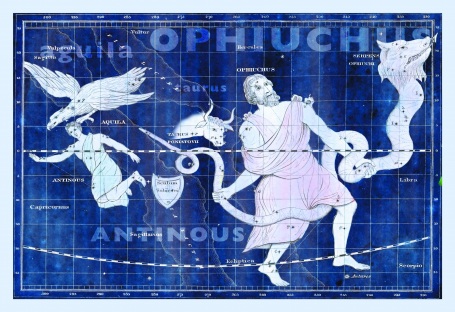 If you're the type of person who relies on mysterious-sounding locations of stars to determine your personality and outcome in life, get ready to be shocked.

The field of astrology, which is concerned with horoscopes and the like, felt a major disruption from astronomers, who are concerned with actual stars and planets. The astronomers from the Minnesota Planetarium Society found that because of the moon's gravitational pull on Earth, the alignment of the stars was pushed by about a month.

"When [astrologers] say that the sun is in Pisces, it's really not in Pisces," noted Parke Kunkle, a member of the group's board. Your astrological sign is determined by the position of the sun on the day you were born, so that means everything you thought you knew about your horoscope is wrong.

It turns out that astrology has had issues from its inception. (Aside from the fact that it tries to link personality traits with positions of the stars.) Ancient Babylonians had 13 constellations, but wanted only 12, so threw out Ophuchicus, the snake holder. Libra didn't even enter the picture until the era of Julius Caesar.

According to the Minnesota Planetarium Society, here is where the real signs of the Zodiac should fall. Get ready for your world to change forever.


Read all about Ophiuchus

The constellation Ophiuchus represents a man wrestling a serpent, dividing the snake's body in two parts.  It is the only sign of the zodiac linked to real men, sharing traits with Imhotep, a 27th century BCE Egyptian doctor, and biblical Joseph.

Like Imhotep, Ophiuchus is considered a healer of men and a doctor of medicine or science. He seeks higher education and enlightenment. He is expected to achieve a high position in life.

Like Joseph, he is an interpreter of dreams and vivid premonitions. He is envied by his peers and favored by his father and authority figures.

The Asclepius and the Caduceus, the medical staff, are based on the constellation.

Now all you new Ophiciuchi can move beyond your identity crises.

Comment by deborah rollerson on January 20, 2011 at 11:16pm
oh I forgot to write that I will be a CAPRICORN till the end till the end to the mf END

Comment by kcrunchone on January 18, 2011 at 7:55pm
This is nothing new. It has been around for a very long time. Astrologist have tried to configure into the math and it has never worked out. I am not aware how this comes up as new but it really isn't. There are a few scientist that are highly respected in the field and have stated this is old and it does not work out when they enter astrological computations. Just more hype and a good topic for BLOGS I guess LOL

I am not even going to get started  but I will say this, the more time you give these fools the more they will throw at you. Keep doing what you do and being who you are. The signs dont make a man or a woman who they are but I have considered my self a Virgo to long to change now. I will stick to the script, nuff said..

Comment by Kim Wilson on January 15, 2011 at 4:59pm
Doesn't this affect the Eastern followers of the Zodiac, noy the Westerners? Whatever, I'm who I was born to be and who I continue to develop into-my kids remind me of my porpose here.