University of Cincinnati Officer Indicted in Fatal Shooting of Driver


Officer Ray Tensing’s body camera captured the moment when he shot Samuel DuBose during a traffic stop. This video has been edited to obscure the moment Mr. DuBose is shot in the head.

A University of Cincinnati police officer was indicted Wednesday on a murder charge in what a prosecutor called “a senseless, asinine shooting” during a minor traffic stop. It was the first time such a charge had been leveled against an officer in the city.

The Hamilton County prosecuting attorney, Joseph T. Deters, released a much-anticipated video of the shooting of Samuel Dubose, which he described as crucial evidence that the officer, Ray Tensing, had lied about being dragged by Mr. Dubose’s car. A grand jury, Mr. Deters announced, indicted Officer Tensing on a murder charge, punishable by life in prison, and a voluntary manslaughter charge. 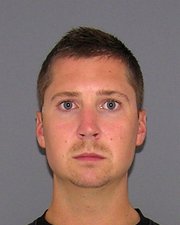 A lawyer for Officer Tensing, Stew Mathews, disputed Mr. Deters’s comments during an interview with an Ohio television station and said that other video of the shooting would tell a completely different story. Mr. Mathews said Mr. Tensing cried when he heard of the indictment.

The county prosecutor’s office said that no law enforcement officer in Hamilton County had ever before been indicted on murder charges for use of force while on duty. At the news conference, Mr. Deters said Officer Tensing “should never have been a police officer,” but he declined to elaborate.

Asked if he thought Officer Tensing, 25, had tried to mislead investigators with his account of the shooting, Mr. Deters said, “Yeah, yes, I think he was making an excuse for the purposeful killing of another person.”

“I think he lost his temper because Mr. Dubose wouldn’t get out of his car,” he said.

The death of Mr. Dubose, who was black, at the hands of Officer Tensing, who is white, joined a string of recent episodes — in Staten Island; Cleveland; Baltimore; North Charleston, S.C.; and Ferguson, Mo., among others — that have raised hard questions about law enforcement’s use of force and the role of race in policing. Video cameras have recorded many of the episodes and nonlethal encounters — like the arrest of Sandra Bland, who died three days later in a Texas jail cell — offering disturbing evidence of the confrontations that often contradicts the accounts of people involved.

“I’m so thankful that everything was uncovered,” Mr. Dubose’s mother, Audrey, said at a separate news conference. “I though it was going to be covered up.”

Even so, she said of Officer Tensing, “If he asks for forgiveness, oh yeah, I can forgive him.”

She and other family members said that if it were not for the body camera worn by Officer Tensing, his story would have been accepted, and he would have gone unpunished. Choking back tears, Terina Allen, a sister of Mr. Dubose, said, “Every day now, I’m going to be marching for video cams.”

Joe Deters, the Hamilton County prosecutor, said on Wednesday that a grand jury indicted Officer Ray Tensing for murder in the shooting of 43-year-old Samuel DuBose.


Rashanda Reid said her twin sister, Dashanda, and Mr. Dubose had gotten engaged the day before he died. “They didn’t get a chance to set a date,” she said.

Officer Tensing turned himself in for arrest, and the university, which had put him on administrative leave, said Wednesday that he had been fired. The University of Cincinnati, part of Ohio’s state university system, is typical in having its own force of sworn police officers who carry firearms and have arrest powers; the overwhelming majority of public colleges and universities do, as well, according to Justice Department surveys. Most private colleges employ only non-sworn officers who do not have guns.

City officials, religious leaders and members of Mr. Dubose’s family pleaded for peace on the city’s streets, hoping not to see the kind of violent unrest that shook Baltimore in April after Freddie Gray died in police custody.

“The officer was wrong, and when we’re wrong, we have to be held accountable,” said Jeffrey Blackwell, the Cincinnati police chief. But “make no mistake, we are operationally ready to respond,” he added. “Violence and lawlessness will not be tolerated.”

Mr. Dubose, 43, a father of 10, was just south of the university campus, driving a green 1998 Honda Accord without a front license plate, at about 6:30 p.m. when Officer Tensing began following him, according to an account that Jason Goodrich, chief of the university police, gave on Monday. Moments later, the officer pulled Mr. Dubose over on a side street a few blocks from the campus.

On the video, Officer Tensing repeatedly asks Mr. Dubose to produce a driver’s license. Mr. Dubose says several times that he has a license, before admitting that he does not have it with him. He shows that he has the missing license plate with him, in the glove box.

At one point, the officer asks, “What’s that bottle on the floor?” Mr. Dubose reaches down, picks up a bottle of gin and hands it to the officer.

Officer Tensing starts to open the driver’s door and tells Mr. Dubose to remove his seatbelt; Mr. Dubose pulls the door closed again and restarts his car. What happens next is a flurry of blurred movements: The officer steps to his left; the car’s engine can be heard revving; and the officer reaches into the car with his left hand, yells “stop” twice, draws his gun, fires with his right hand and appears to fall backward.

From the moment the officer touches the door handle to the fatal shot, less than five seconds pass. Then he runs after the car as it rolls off before coming to a stop a short distance away, its driver fatally wounded or already dead. 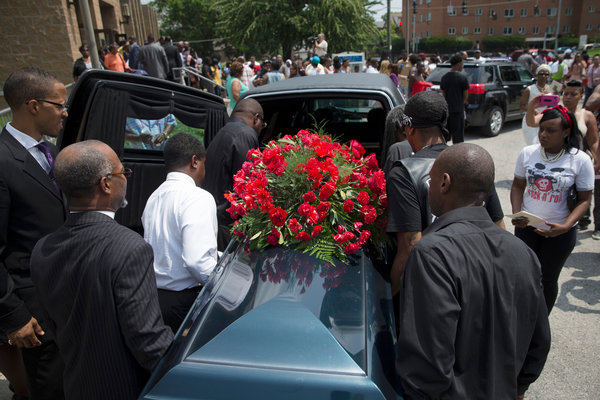 The funeral for Samuel DuBose at the Church of the Living God in Cincinnati on Tuesday. Mr. Dubose was fatally shot by a University of Cincinnati police officer last week.CreditJohn Minchillo/Associated Press


Another university officer who arrived shortly after the shooting, Eric Weibel, wrote in his report that Officer Tensing had told him that “he was being dragged by the vehicle and had to fire his weapon,” and that “Officer Tensing stated that he was almost run over.” A third officer, he wrote, said he had seen Officer Tensing being dragged.

“Looking at Officer Tensing’s uniform, I could see that the back of his pants and shirt looked as if it had been dragged over a rough surface,” Officer Weibel wrote.

Mr. Deters would not say what Officer Tensing had told prosecutors.

“He wasn’t dragging,” he said. “No. He fell backwards after he shot him in the head.”

“People want to believe that Mr. Dubose had done something violent toward the officer,” Mr. Deters said. “He did not. He did not at all.”

On an audio recording of police radio communications, after Officer Tensing shouted: “Shots fired! Shots fired,” a dispatcher asked who was injured. It is not clear if he replied “I am injured” or “I’m uninjured.”

“I almost got run over by the car,” the officer said. “He took off on me. I discharged one round. Shot the man in the head.”

Another officer can later be heard saying, “It was Officer Tensing that was injured.”

Even if the car had begun to roll forward, Mr. Deters said, no use of force was called for, and certainly not deadly force. He said he had no idea whether race played a role in the episode.

The fate of the university is a matter close to Mr. Deters’s heart. He earned his undergraduate and law degrees there and formerly sat on its board of trustees.

“This doesn’t happen in the United States, O.K.?” he said. “People don’t get shot for a traffic stop.”