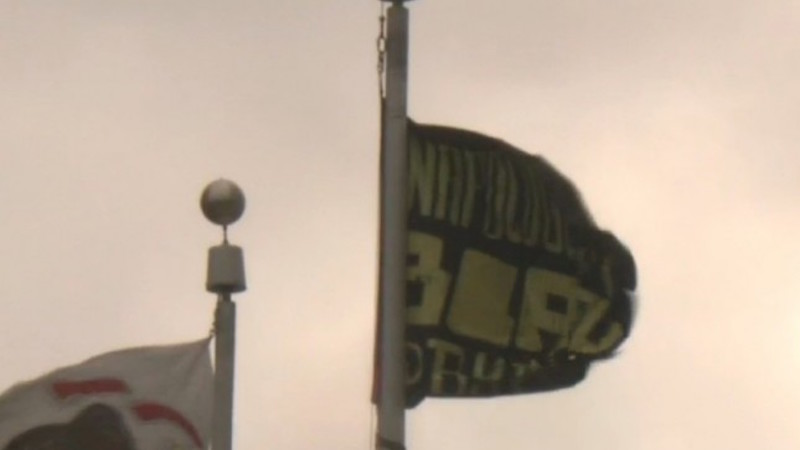 A group of Black Lives Matter and other protesters tore down the American Flag outside a conference of police chiefs, raising their own flag reading: “Unapologetically Black.”

The flag was quickly torn down by citizens and law enforcement, but it highlights the inherently un-American nature of the protests and protesters.

Cheered on by the crowd, the protester climbed the tall flagpole and ripped down the American Flag, in it’s place, the all-black flag with the racial manifesto.

Video and images of the flag quickly went viral on social media, The Blaze is reporting. 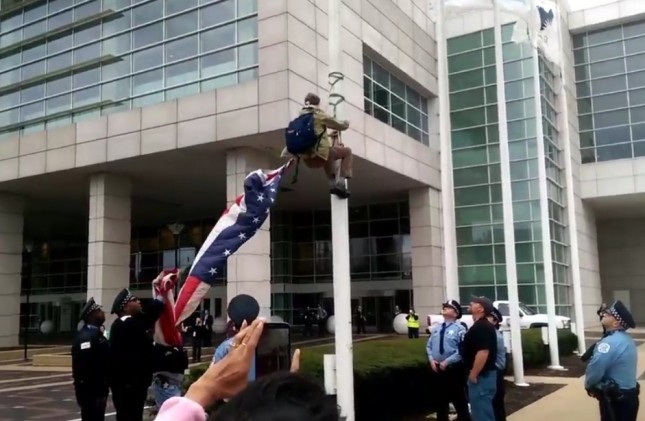 The group was in Chicago to protest a meeting of the International Association of Chiefs of Police, which drew more than 14,000 law enforcement. More than 66 protesters were arrested after staging a sit-in in the middle of the street. 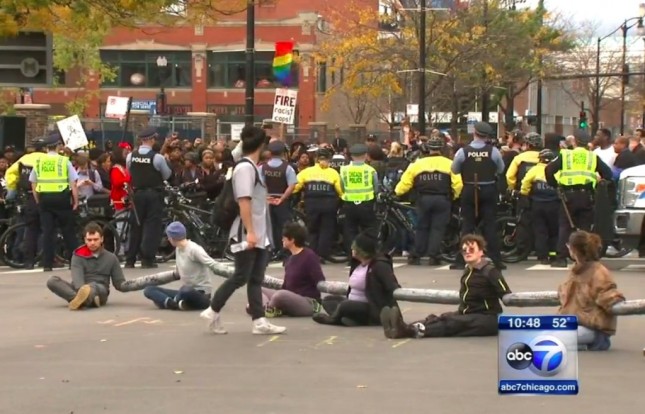 “What we’re looking for today is to have our voices heard, to show the coalition of voices, to show that black lives matter, to make our voices heard to this very powerful organization that sets policies,” protester Maria Hadden told WLS-TV. “We want less money for policing and more money for community services.”

Chicago Police Supt. Garry McCarthy checked in on the situation before heading inside to deliver his remarks at the opening ceremony.

“We’re in a tough time for policing right now and I believe we’re at a crossroads. I don’t think this climate has ever existed in the history of American policing,” he said. “But at the same time I honestly believe this scrutiny and this environment presents an opportunity for us.”

The conference continues through Tuesday, when President Barack Obama will be in Chicago to address the gathering.