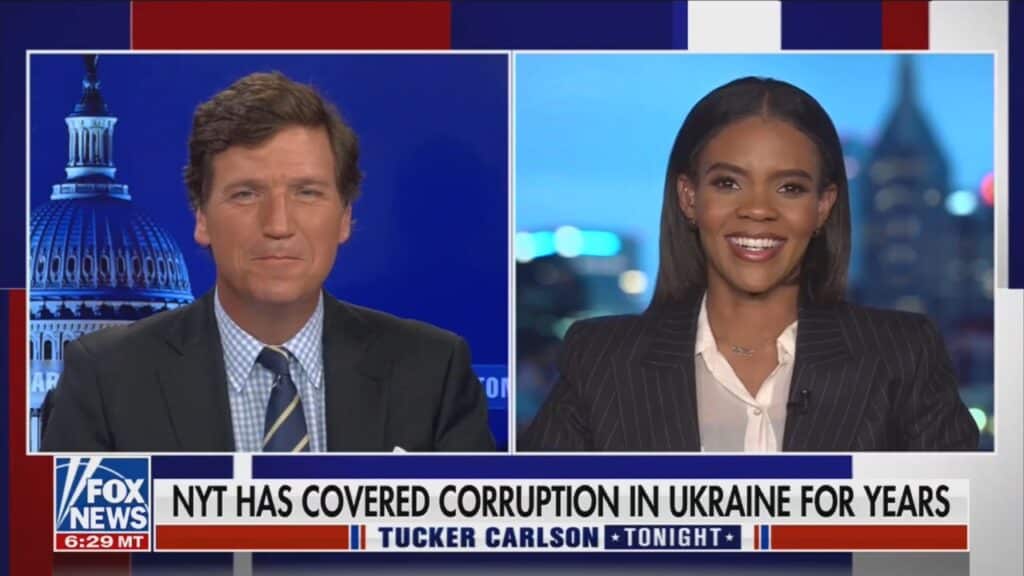 Former Ukrainian boxer Wladimir Klitschko, whose brother is Kyiv’s mayor, has condemned Tucker Carlson and Candace Owens for criticizing the US for supporting Ukraine amid the Russian invasion.

Klitschko told Newsmax on Monday that Carlson and Owens are “part of” Russia’s invasion of Ukraine.

“If you still have business and trade with Russia and you don’t isolate Russia economically, you’re bringing bullets and rockets into the Russian army’s hands…” he said. “Those disturbing images of my country … you should feel a connection with that

Carlson has questioned America’s support of Ukraine amid its fight against Russia, while Owens said it was “stupid” to suggest Russian President Putin was carrying out a “genocide” in the country, according to The Independent.

The Russian Embassy in the United States retweeted Owens after she called out government leaders and institutions for the mistreatment of Russians amid the Ukraine invasion.

“Absolutely appalling the way Russians are being treated in America and abroad. That our leaders and government institutions are allowing for—and at times calling for this discrimination following their global ‘black lives matter’ hysteria is quite telling,” Owens tweeted on March 9.

Owens doubled down on her post by comparing the treatment of Russian citizens abroad to Japanese internment camps during World War II.

“For those of you sitting on the edge or your seats—I stand by every word of my tweet pertaining to the treatment of Russian citizens abroad,” Owens wrote on Twitter. “Those calling for russian students, opera singers, etc to be banned are the kind of scum who would have demanded the Japanese internment.As reported by Newsweek, her stance triggered plenty of people who accused Owens of spreading propaganda for Putin. One Twitter user called her a “complete utter embarrassment to black people and America in general.”

This woman is such an imbecile.Slavic people do not like  minorities you are considered utilitarian to them and if one happens to be your friend it is because they are opportunistic as well. I would not give a damn about this war if they were not the region that produced most of the worlds wheat thereby affecting smaller countries who depend on the import to feed their citizens.