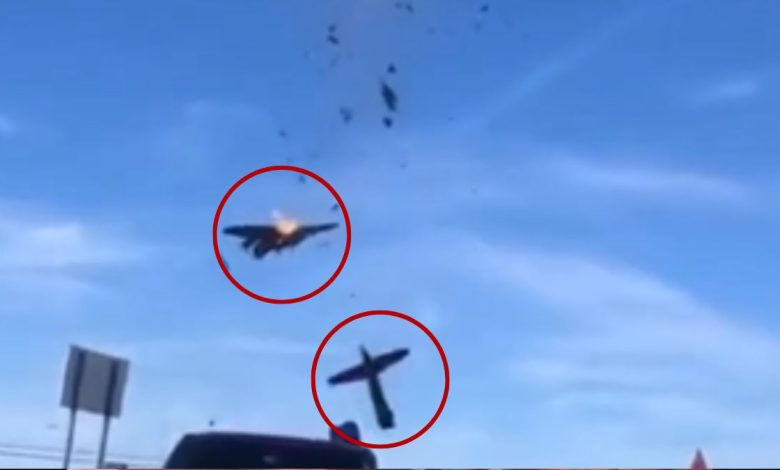 Two military aircraft collided in Dallas, Texas, during an air show on Saturday. The collision spewed clouds of black smoke into the sky as the planes crashed into each other before falling to the ground in pieces. Immediately after the explosion, emergency personnel rushed to the wreckage, located at the Dallas Executive Airport, approximately 10 miles (16 kilometers) from the city’s downtown. However, it is unclear how many people were aboard the planes and if anyone on the ground was hurt.

A statement released from the Federal Aviation Administration reported that at about 1:20 p.m., the Boeing B-17 Flying Fortress and the Bell P-63 Kingcobra crashed during the Commemorative Air Force Wings Over Dallas show. A video of the crash has surfaced online, showing the two historic military aircraft smashing into each other while onlookers watched in shock. An investigation has been launched by the FAA and the National Transportation Safety Board.

During World War II, the enormous four-engine bomber known as the B-17 served as a pillar of American air supremacy. During the conflict, Soviet forces mostly used the American fighter plane known as the Kingcobra. According to Boeing, the majority of B-17s were destroyed at the end of World War II, and today the small number of them that are left are only shown at museums and air shows.

Watch the video of the collision below: