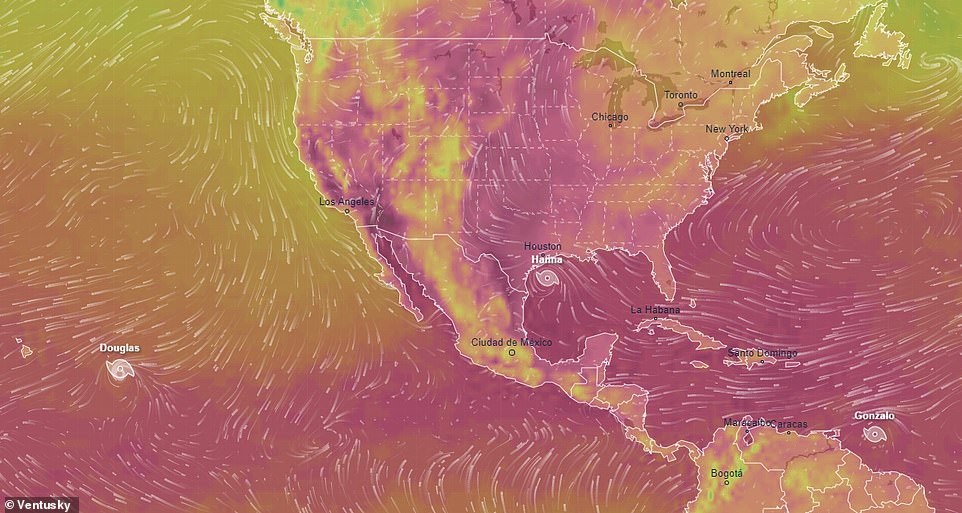 Hanna is now expected to make landfall as a hurricane bring life-threatening swell on Saturday afternoon at the same time as Hurricane Douglas is forecast to descend on Hawaii.

The storms come as both states are grappling with a rise in coronavirus cases, with officials branding the oncoming dangerous weather systems as 'a potential disaster inside of a current disaster'.

Hanna and Douglas could both hit the United States as hurricanes on Saturday, adding to the coronavirus emergency 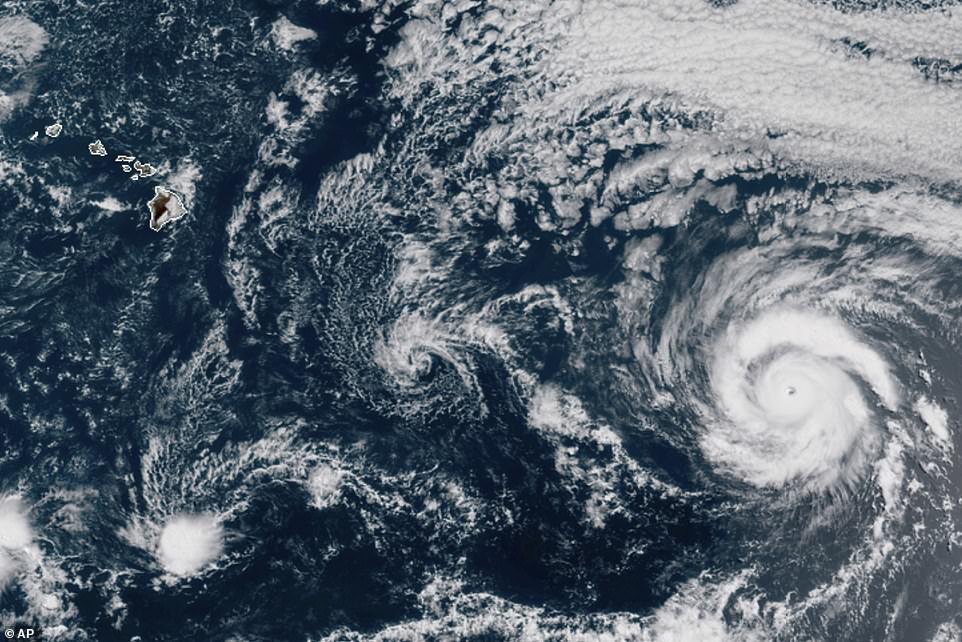 Hurricane Douglas is pictured as it moves further toward Hawaii. It is expected to weaken before it hits the island chain 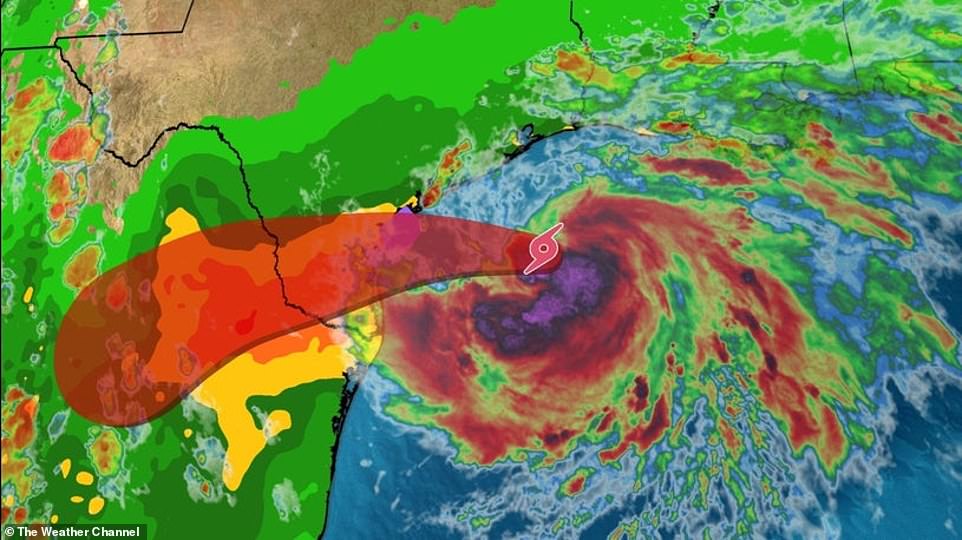 
Hanna was centered about 195 miles east of Corpus Christi, Texas, the U.S. National Hurricane Center said in its 4 p.m. CDT advisory. The storm had maximum sustained winds around 50 mph and was moving west at 10 mph.

A tropical storm warning is in effect from the mouth of the Rio Grande River to Baffin Bay and from Mesquite Bay to San Luis Pass.

Forecasters said Hanna could bring 5 to 10 inches of rain and coastal swells that could cause life-threatening surf and rip current conditions. 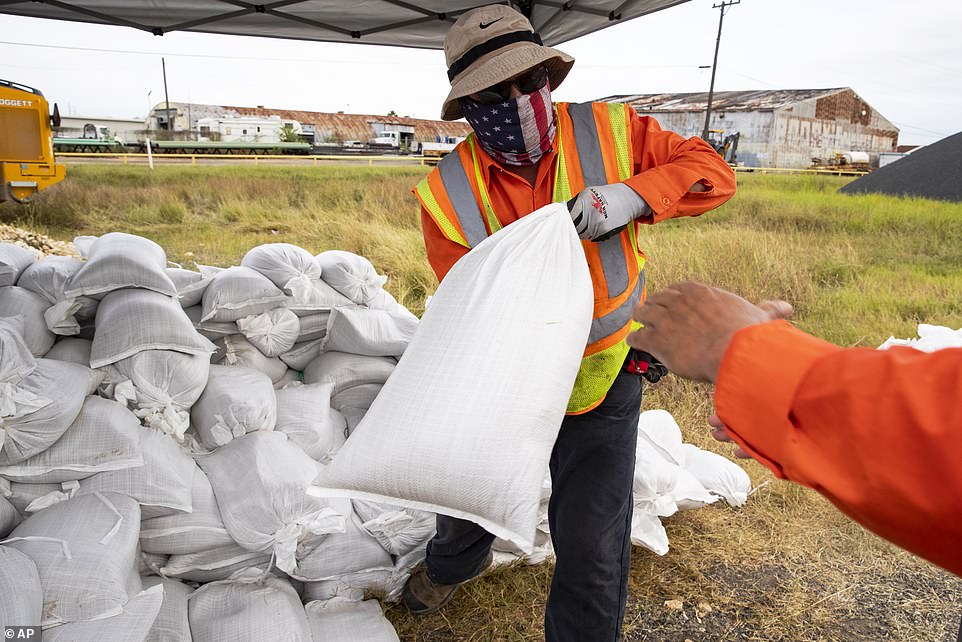 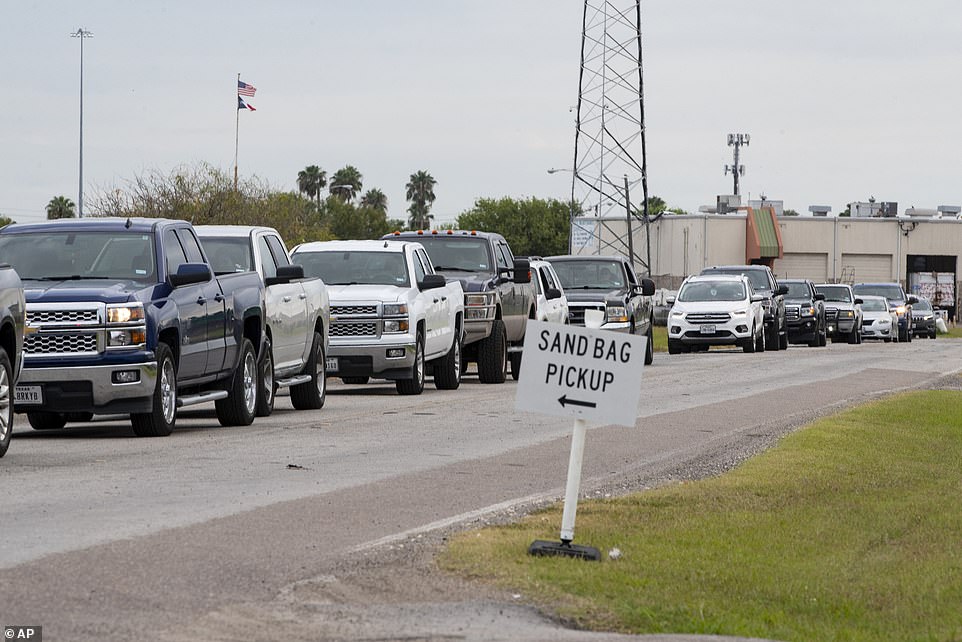