Two government workers are arrested in Miami for trying to smuggle viagra, ketamine, adderall, the date rape drug GHB, and ecstasy on board an all-gay party cruise ship 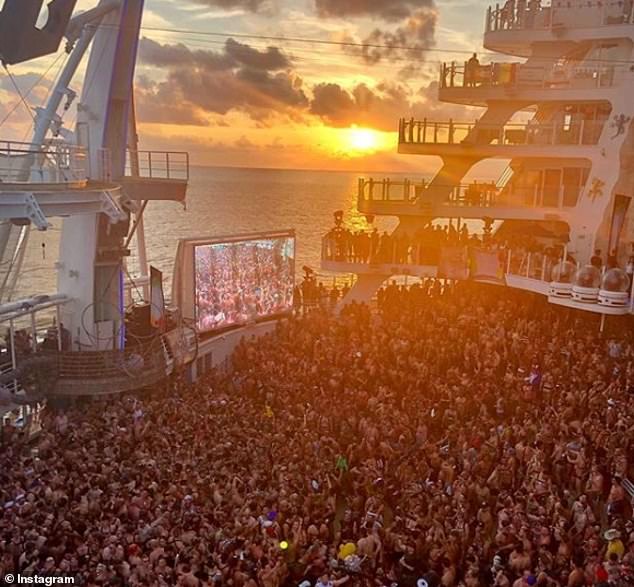 Two government workers from Washington D.C. have been arrested in Miami for trying to smuggle drugs on board an all-gay party cruise ship.

Peter Melendez, 35, and Robert Koehler, 27, were arrested on Sunday when they were boarding the Royal Caribbean's Allure of the Seas ship at Port Miami.

They were caught after a Homeland Security agent intercepted emails between the pair discussing how they could smuggle the drugs on board and sell them to fellow cruise-goers. 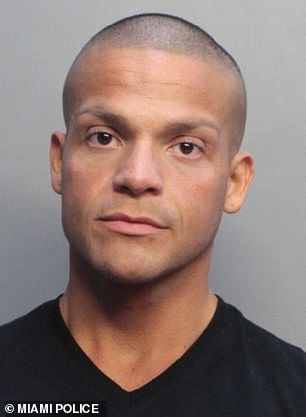 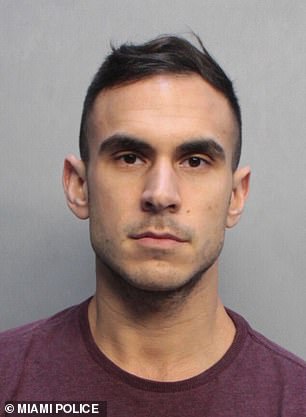 Peter Melendez, 35, (left) and Robert Koehler, 27, (right) were arrested on Sunday when they were boarding the Royal Caribbean's Allure of the Seas ship at Port Miami

The cruise ship set off on Sunday for a seven-day Atlantis party cruise (pictured above this week), which promotes itself as being the world's largest all-gay cruise

The emails were intercepted via Melendez's government-issued computer.

Miami-Dade Police were notified by federal agents that Melendez and Koehler were going to board the ship with drugs.

While they were waiting to board, a K-9 named Bill alerted police to the drugs in their luggage.

Police found 27g of MDMA (known as ecstasy), 18g of Ketamine, 246g of GHB (known as the date-rape drug), Viagra and Adderall in their luggage.

They admitted to carrying the drugs when questioned by police, according to authorities.

The sold out cruise ship set off on Sunday for a seven-day Atlantis party cruise, which promotes itself as being the world's largest all-gay cruise.

It was making stops in the Bahamas, Mexico and Honduras.

The cruise was billed by Atlantis as, 'everything you've ever dreamed of and more fun than ever with our nonstop festival of spectacular performers, legendary DJ talent, outrageous parties, thrilling activities, and so much more.'

Prices for the week long extravaganza started at $849. 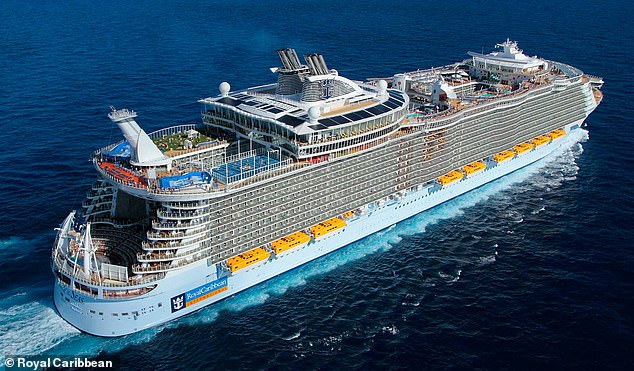 The seven-day cruise was making stops in the Bahamas, Mexico and Honduras

Comment by vaughn mitchell on February 7, 2019 at 12:48pm
Battyman party. Bunch of ratchets.