Trump: Australia has better health care than U.S. (they have universal health care) 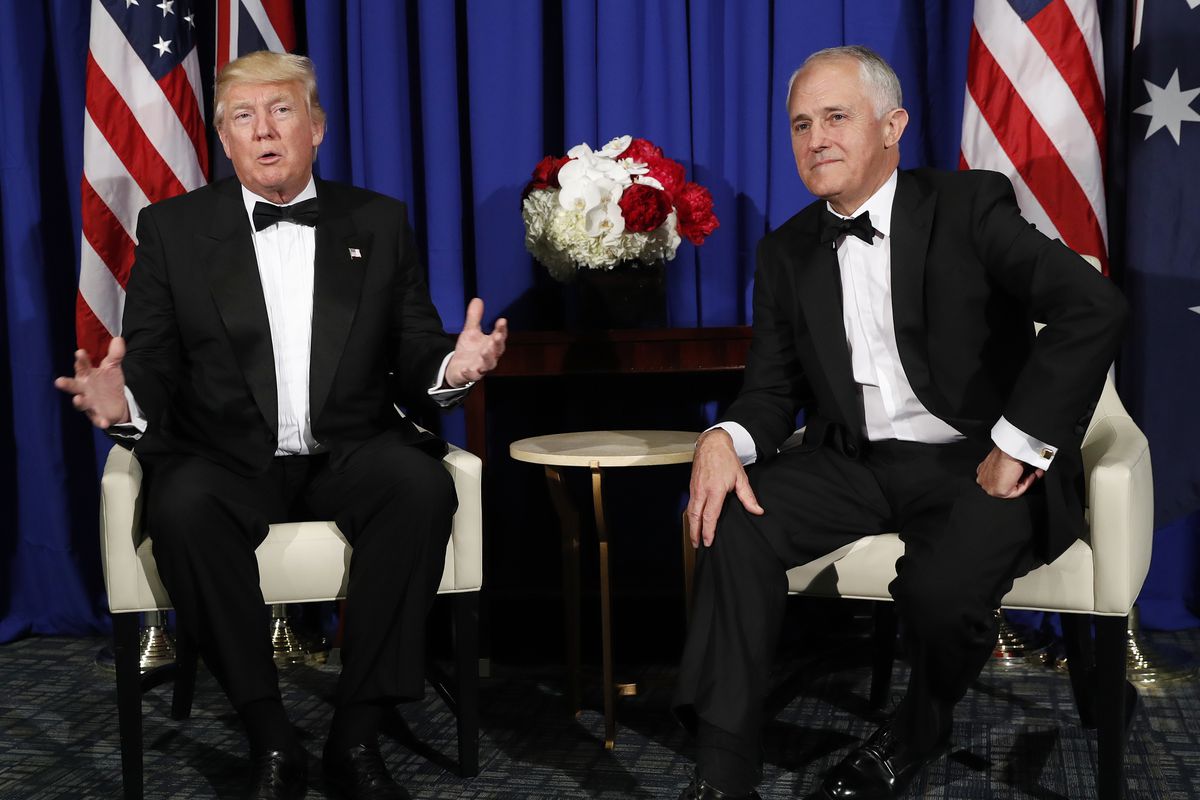 Just hours after his party passed a health care bill that would take insurance away from millions of people, President Trump said Australia’s universal health care system was better than America’s privately run one.

In 2014, its primarily government-funded system ranked sixth out of 55 countries in efficiency, while the US ranked 44th. While the Australian government spent 9 percent of its GDP on health care, the US spent nearly double that — 17 percent. A 2014 Commonwealth Fund report found that Australia ranked second in quality care out of 11 affluent nations, while the US ranked fifth. And it does this all while providing health care to everyone in society — something that America’s system, even with Obamacare still in place, does not.

Trump: Australia has better health care than U.S. (they have universal health care)

Watch the reaction from @BernieSanders to @chrislhayes

Chris Hayes : They do have, they have Universal Health care. I thought, I know, I thought you would...

Bernie : Wait a minute, wait a minute Chris. All right The President has just said it. That’s great. Let’s take a look at the Australian Health Care system.

And let’s move maybe once take a look at the Canadian health care system or systems throughout Europe. Thankyou Mr President.

Let’s us move to a Medicare for all system that does what every other major country on Earth does. Guarantees health care to all people at a fraction of the cost per capita that we spend.

Thankyou Mr President, we’ll quote you on the floor of the Senate.

Some time ago, before Obamacare was signed into law, I put together a diary on the Australian Universal Health Care system — It is called Medicare which also has tax rebates for ADDITIONAL private health insurance coverage. It examines how well it works & the fact that Universal Health Care has not destroyed jobs or our economy — Australia even avoiding much of the fall out from the GFC.

Below is a re-publish of parts of that diary, for it is very long and there are parts which I’d not include now. But I’d like to make one point, from it’s inception, despite how extremely equitable and fair the system is, how many people’s lives it has saved, how few Medical related bankruptcies there are in Australia, the right wing represented by that “great Gentleman or my friend from Australia” (his name is Prime Minister, Malcolm Turnbull), have been trying to tear it down. There are 24 Million people in Australia, give or take, Rupert Murdoch has been leading the charge over here, providing coverage for right wing politicians to tear health care away from Australians through his media outlets since it’s inception. I guess at 86 it’s quite something to say you’ve successfully increased the pain and suffering of such a large number of people after trying for so long. One for the bucket list, Rupert.

The Australian health system model, a hybrid system of public and private interests, includes a government owned private insurance fund so may provide some ideas for what has been working (with evolutionary changes) since 1975.

The source for the following summary is Wikipedia with occassional additional supporting resource links used. Because this is a long diary, I have also moved my own summary from the bottom of the piece to the top so you can see what it is about at a glance.

Summary
- Australia has had universal health coverage since 1975. Good people had to fight very hard to achieve it.
- The Democratic party equivalent, the Australian Labour Party, introduced the legislation
- The GOP party equivalent, the Australian Liberal party, fought as hard as possible to keep it out.
- The Liberal party (Australia's right) kept the coverage when they came to power in 1976 and introduced a government private health insurance company
- The system was rebranded and had a makeover in 1984 to what is now known as Medicare
- In 1999 a new private health insurance incentive scheme was introduced
- In 2008 the government run private insurance company made another decent profit as did its competitors

- Australia's health costs per capita are around 8.7% of GDP vs US of over 15%. Australia offers universal coverage for all residents.

- The system is a hybrid mix of profit and not for profit health providers and insurance companies and offers plenty of choice and flexibility
- I have never heard of anyone going through a medical bankruptcy in Australia
- Australian industry is very competitive, so much so that we have not suffered the economic recession quite as severely as many other countries. So public health coverage can improve the competitive edge and lower cost. Australia dodges recession bullet
- Australia could not possibly be considered a communist/socialist country, in fact because of the government administering the funding for health services and it being universal, capitalism works very well.
- Australian industry do not have to concern themselves with getting involved in offering employees another complex product in the provision of health insurance, as the government takes care of it. Businesses are free to get on with what their core function is without worrying about this.
- Private and Public patients often will have access to the same hospital and specialists as my Uncle and I did.
- Instead of lobbyists trying to get people and services excluded out of the system, as I have described above it is in the medical professions interests to get additional services listed on the Medical Benefits Scheme.

History After a double dissolution election in 1974, in 1975 the Australian Labour government, equivalent to the democratic party in the United States, passed universal (country wide) health coverage for all Australians. At the time the opposition party, the Liberal party who are equivalent in policy and approach to the Republicans in the US, fought any and all measures to introduce this coverage. In 1976 when the Liberal Party came into power, they did not dismantle the program, rather established a method to levy all Australians as a way to fund this new system of health coverage. Further in 1976, the Austalian Liberal Party to accompany the original public only universal system called Medibank, introduced legislation establishing a government owned, health insurance company called Medibank private. In 1984 the Labour party superseded and renamed the system Medicare. In other words, both of these two developments appear to mirror the current debate ongoing in the United States in relation to universal health coverage supported by government funding and the establishment of a publicly owned, privately competing health insurance company.

Australia offer many things that are better than the USA.

IIRC wasn't President Obama trying to get something similar at first and then the republicans kept blocking him until it was watered down to what was passed.

This is what is needed here. People need to really stand up and fight for it.