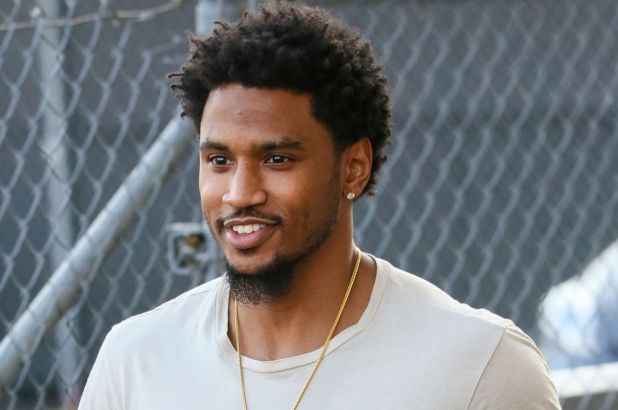 Trey Songz is being sued for 20 Million by a woman who says the singer anally raped her.

She says she was scared to name the singer at the time because she was “in shock and fearing for her life”.

Lol that is so wrong for the lawyer to play them like that, but it was not consensual sex so thats not the price, I understand what they are suing for is pain and suffering and also to gain some type of satisfaction by hurting his pocket, like I said what other choice do they have, every one hurts in their own way and every one takes revenge if their own way.

Okay, so I just came across a vlog on a lawyer that is representing the ladies that are not only suing Trey, but also Chris Brown. So the blogger asked them why are you suing for so much money. Lawyer says "well how much do you think your puzzy is worth"? Hence what I said.....Rape Money. At the end of the day you look like you are getting paid for your services. SMDH!

caribmama when it comes to black men like Chris Brown they are everyday victims, look at snoop dog he got accused right before the super bowl, you have to understand any black man with potential these days are Mr opportunity, times are hard people wants money and these females want it easy, thats why I urge people who are truly victims to come forward, press charges get their accusers arrested, otherwise more people will lie and there will always be victims, but for now it will get harder for many females, there will be that one innocent person who will be accused and will challenge the court on why those females took so long to come forward as they prove their innocence. The way the law is set up either you come forward and press charges or wait and sue.

Well if he settles with her.....then I guess he is guilty. Chris Brown going through the same thing. Let's see what happens.

caribmama but you have to understand that is the choice the victims have, what else can they do but she and get them lock up

I just want people to see a bit of why women do what they do. As a male you could not know how we feel as us women cannot know how you feel. I DO understand what you were saying about why a lawsuit was brought forth. So the case can be investigated. But I think it's a horrible thing to have to file a lawsuit to get your justice. To me it just doesn't look right. I would hope that any women that does receive such money :-(   She would contribute it to causes for rape victims weather it's paying for therapy, lawyers, etc.

Ok got you, life goes on

Another thing. I'm still friends with the girl who dated him before I did. I always wanted to ask her about her situation between the two of them. But we are two girls cut from a different cloth. She was more out there with guys and I was more reserved with guys. But its been so long, I highly doubt if she would know who I'm talking about. I don't even remember his name.

Even though I am single, I would never go on a dating website. I don't know how women do it, but I have heard the good and bad of that.