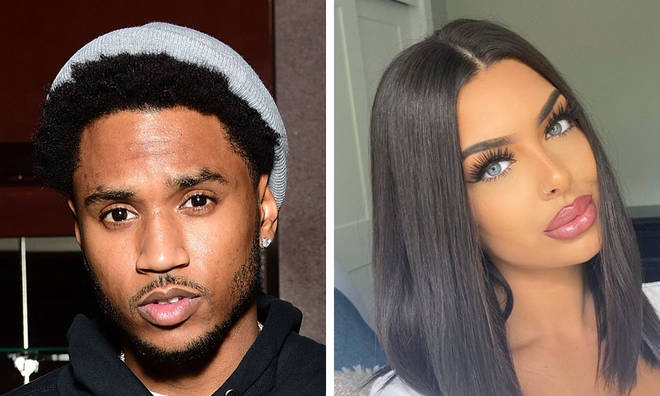 Trey Songz has responded to sexual assault and misconduct allegations made against him by alleged industry mattress Celina Powell and her friend Aliza.

Aliza spilled the tea during a recent No Jumper interview. When asked to discuss “one of the nastiest things” she’s ever done, she said she was urinated on by Songz without consent,  Complex reports.

“I got peed on too. I didn’t know what was happening, he just did it,” Aliza said. She explained that while taking a break from a gang bang, Trey Songz followed her into the bathroom, told her to get in the tub and he masturbated while watching her play with herself. He then urinated on her: “He literally just peed on me like that, and I was like, ‘What the f***, on my eyelashes?’ And he’s like, ‘You’re fine.’”

“He already got mad at me for like talking about it … But every b*tch I know that has f*cked him says the same sh*t. And he’s psycho, like he took my phone and my purse away for like a whole day. Held it over the balcony and was like, ‘B*tch, if you try to leave, I’ma drop this sh*t. He did the same thing to her,” Aliza said, referring to Powell. “He just does the same sh*t. He’s like weird.”

“I kept asking like, ‘When can I leave? What time is it?’” Aliza went on. “And he just like wouldn’t answer, he would just f*cking ignore me. And I’m like, ‘Okay.’ And then he was like, ‘You can leave when I go to my flight,’ and I was like,

In a series of tweets shared Wednesday, Songz responded to the tale.

“I usually stay quiet on this but I feel that in many ways the movement to fight for the women who actually have suffered harassment and abuse on various levels, has been hijacked by those who find it convenient for themselves to come up as they seek to destroy someone’s life,” he said.

Songz, who is at the center of several sexual assault allegations by multiple women, including Powell, also addressed an allegation that originated in Miami.

“You will choose [to] believe what you want,” he said. “I’ve been focusing my energy and time on good things and I know the Devil wants my soul more now than ever.”

Powell has since addressed his comments in multiple updates on Instagram Story and Twitter. She claims that on April 6, Trey “forced me to do [some things] and threw my phone off the balcony” while refusing to let her “and another younger girl” leave. She claims to be “scared” of Trey and also mentioned Keke Palmer, who previously accused Songz of “sexual intimidation.”

“I refuse to look like a liar in this situation,” she said. “Y’all can say I’m lying about anything else but this. Sorry. What happened to me is 100 percent true.”

Scroll up and watch Celina and Aliza’s full “No Jumper” interview via the YouTube clip above.

I have daughters and I shouldn't say this but I really don't feel sorry for these women who signed up to be a whore and then when they're treated like a whore, they complain.  They knew what they signed up for.  Now they want to be treated like ladies?  How much money they making from these interviews?  Any decent woman would never share this nonsense, they would change their behavior.

Comment by vaughn mitchell on August 23, 2020 at 12:49am
Ratchets. Your getting interviewed , saying he peed on you, after you just finish getting gang bang, these sluts, are nasty, who the hell is going to feel sorry for you. I bet her family disown her, I feel sorry for the idiot that wifey that slut bucket.